When eco-tourists go on a wildlife-viewing trip with the Homalco First Nation, Shawn O’Connor wants them to see more than grizzly bears 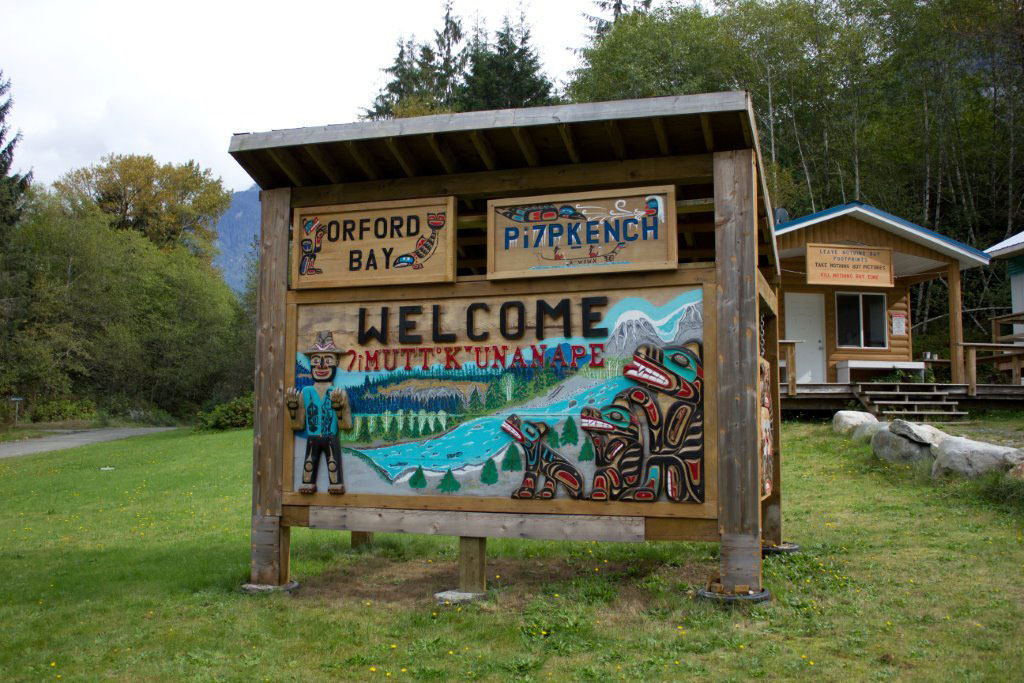 O’Connor, general manager of Homalco Wildlife Tours, is preparing an option where vistors can put on calk boots and a hard hat, get up at first light for a logger’s breakfast and go out with an active logging crew.

If communities such as the 450 members of  Campbell River's Homalco First Nation are to thrive then the Homalco feel it is essential that the mostly urban tourists who take grizzly-viewing trips understand their reliance on the wealth of the land and sea.

“It will basically be a day in the life of a logger. They get to stay at Homalco camp, they eat the logging food, they get to wake up at four in the morning,” O’Connor said of the Homalco plan to bring a greater awareness of the sustainable logging practices now taking place on the coast.

“We would outfit them the same way as a logger, including the Stanfield’s [boots], They go up the hillside with the loggers.

“They would go while these guys are working, while trees are falling, things are moving around, and tree planters are working. We would co-ordinate this so that they are safe, they are informed and they can understand how forestry works.”

Sustainably managing the land and all the resources on it is the goal of the Homalco, whose traditional territory extends from Campbell River on Vancouver Island north to Bute Inlet on the mainland. Fisheries, wildlife and, yes, even logging, are a part of the Homalco vision of resource management.

Learning how the people who live on the coast make their living is a message the Homalco want every tourist to take home with them, along with memories of their grizzly encounters. To that end, Homalco Wildlife Tours has already incorporated a session in the grizzly viewing trip that includes a presentation on Homlaco logging and an explanation of the logging practices as the tour boat passes logging sites. Last summer, more than 2,000 tourists paid $375 each to make the trip up Bute Inlet to view the bears.

“They think that this is an old-growth natural forest they are looking at when they go up Bute Inlet. But at the turn of the century, every tree came off the hillside and went in the water. It has grown up without replanting, and the resource extraction these days is now much more friendly,” O’Connor said of the message the tour guides offer.

Logging is a big part of the livelihood of the Homalco people, said Gordon Atkinson, director of  Homalco Forestry Limited Partnership, which runs a logging business with revenues of $15 million a year.

“I like to show it off. I am not a believer in hiding what we do,” said Atkinson.

“With the grizzly bear tours, we integrate forestry tours at the same time,” Atkinson said. “We have the best forest management practices in the world and I think people should know that.”

Atkinson said the Homalco want visitors to the region to understand the role all resources play in the coastal economy.

O’Connor said: “If you connect the dots, the fishing creates salmon for the bears, and that brings in the tourists. And the logging, if we can incorporate that into the whole thing, provides roads to get to sites of special interest. We are trying to get all the synergies working together.”

The coast is as beautiful as the images of pristine wilderness that we have all seen, Atkinson said, but people also live there. The land and its resources are the cornerstone of their livelihood. As First Nations have developed more control and more influence over land-use decisions, many, such as the Homalco, have formed companies and gone into resource businesses. Logging and tourism do not have to be mutually exclusive, Atkinson said, when resources are developed in a way that is sustainable and respects the land.

“We are in this unique position of being able to manage all of our resources in a sustainable and respectful way,” he said.

Atkinson said that logging must co-exist with the fishery, or with tourism. No single stakeholder can overrule the others.

“For us, it’s a balancing act, and it takes hard work.”

Homalco Forestry Limited Partnership is a full-service logging company employing both aboriginal and non-aboriginal people in the Campbell River area. The company contracts out its logging services, including engineering, to major forest companies Interfor and TimberWest. They also log and do the up-front planning on their own treaty lands.

Homalco forestry, fisheries and tourism enterprises employ 45 people directly. Spin-off jobs, such as servicing the heavy-duty logging equipment and providing groceries for the camp operations, more than double that number. Another 30 to 40 people are also employed on the administrative side of the band’s resource operations.

About 20 per cent of the forestry workers have First Nations backgrounds. Atkinson said he would like that number to be higher. The main issue preventing more band members from being employed is difficulty in acquiring skills training and a lack of experience on heavy equipment, he said.

As almost all the employees live in Campbell River, so the money they earn circulates within the local economy. The money the forestry operation earns also goes towards equipment purchases, maintenance, and repairs.

“That money is all spent in Campbell River.”

Atkinson said the tourists who take part in wildlife tours are not naive; they understand that the Coast has not been set aside exclusively for their viewing. And Atkinson said that they appreciate learning about the sustainable management of the resources.

Homalco Forestry operates a floating camp with accommodations for 30 people, which it uses when logging the more remote regions, such as Bute Inlet. When logging operations are closer to Campbell River, loggers commute on a crew boat that travels from the town to the logging operation on a daily basis.

Atkinson said that 65 to 75 per cent of the forested lands within Homalco territory are already protected, leaving about 25 per cent available for logging. Of that, only one to two per cent of the land is logged every year, which is a sustainable rate of logging, he said.

Gordon Hamilton is an award-winning writer and freelance journalist specializing in the resources sector. Much of his career was spent at The Vancouver Sun, where, from 1993 to 2013, he was the forestry reporter, writing about the politics, environmental clashes and social issues surrounding resource use. He tells his stories through the people whose lives are touched by our resource economy.