"When trying to answer a big question without much information, it is tempting to assign great significance to the few facts that can be found. So it is with Donald Trump and the Republican Congress that will be sworn in next year." – The Economist, November 19, 2016. 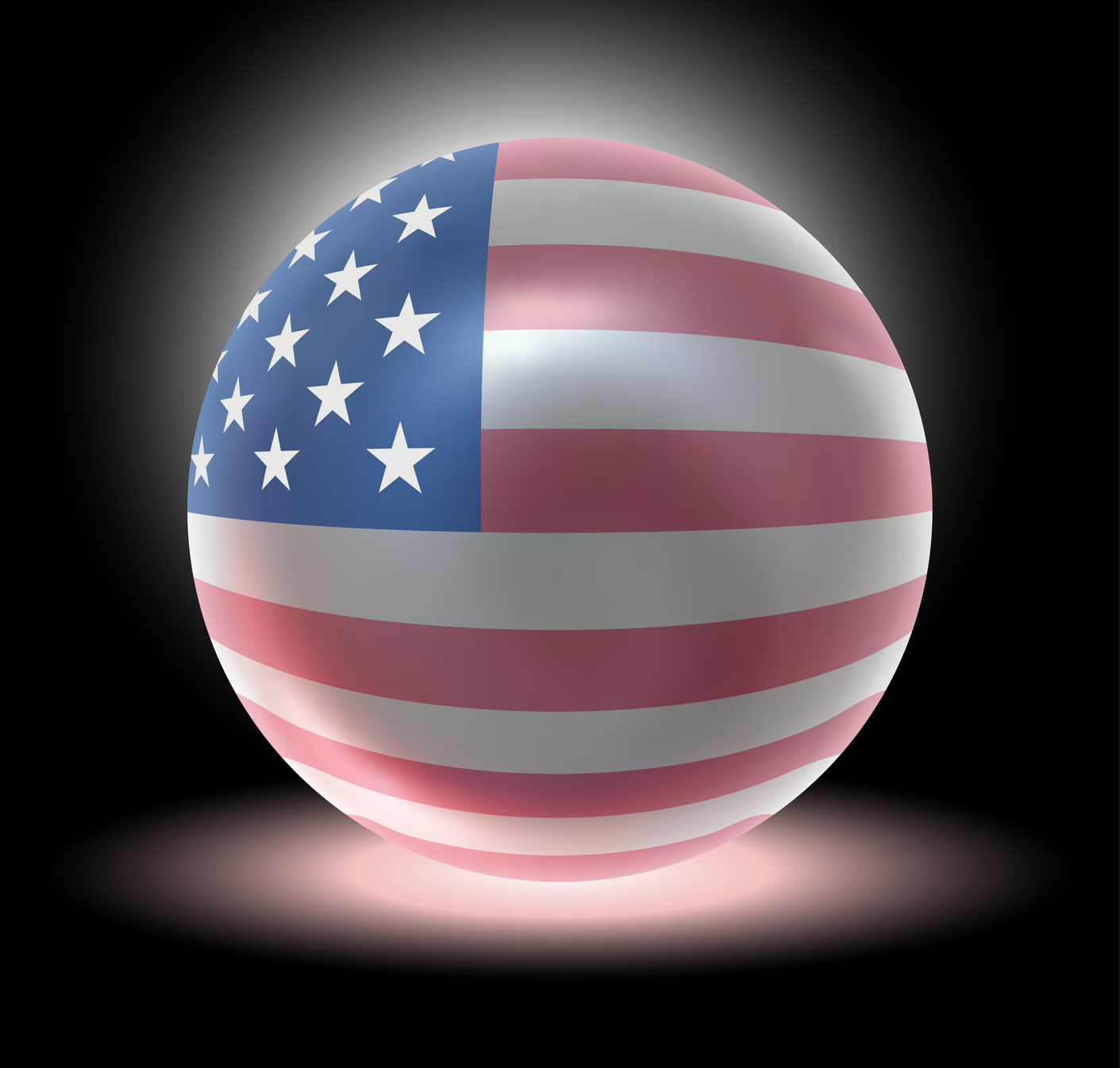 How – or whether – to "crystal ball" the incoming Trump presidency

The recent US election has been one of the most unusual campaigns – and outcomes – ever. Policy-light in the extreme, it is impossible and probably dangerous to predict how the incoming Administration will handle any number of files that will affect British Columbia’s natural resource sectors.

And it is probably really dangerous to act – in advance – on those predictions. We simply won’t know what the Trump Administration will do until it takes office on January 20, 2017. In all likelihood it will take several months longer given the lengthy confirmation process for some offices critical to the Canada-US economic/trading relationship and the evolution from campaign promises to policies and then to actions.

What the US Administration does on trade matters to BC’s natural resource sectors, and to the overall health of our economy.

In this unusual commodity cycle, certain segments are up, while others remain flat or down:

*While Machinery & Equipment is not considered a natural resource product, the category is included here to inform the protectionism discussion below.

Unpacking a few of the broad categories: in solid wood, finished wood products are up, logs are down; in pulp and paper, all products are down; in energy, coal is way up (from a very low base), natural gas and electricity are down; in metallic minerals, unwrought aluminum and unwrought lead are up, all others are down; and in agricultural goods, meats, breads and vegetables are up.

Caution: The Present is No Guide to the Future. There are at least four trade irritants or disputes presently being negotiated or adjudicated between Canada and the US. These include: supercalendared paper (pulp & paper), softwood lumber, drywall/gypsum and wine.  The US has brought two of the four actions (paper and lumber) and is considering launching a trade action on wine.  Canada recently imposed anti-dumping duties on US drywall imports into western provinces.

Each of these trade disputes is at different stages, but recent moves (and findings favourable to BC/Catalyst Paper in the case of supercalendared paper) should not be relied on to predict how a future Department of Commerce or office of the US Trade Representative would act.  Once the remaining Cabinet nominations are made we can perhaps read the tea leaves better, including the key portfolios of Secretary of State and US Trade Representative. Wilbur Ross, Trump’s selection as Secretary of Commerce is said to hold pro-trade views, but has also spoken against NAFTA and WTO as offering too few trade protections for American companies and workers.

Since there are so few reliable signals about how a Trump Administration will approach trade, or domestic policy that will affect trade in resources/commodities, it is far better to prepare for the possible impacts by developing two (or more) scenarios to guide actions and responses to whatever may directly or indirectly affect BC’s resource sectors. Scenarios may be developed that have the following general contours:

Softwood lumber of course can’t be ignored, but this is a special case - the launch of trade action against the Canadian softwood lumber industry will likely result in similar response strategies as have played out in prior disputes (“Lumber I” through “Lumber IV”) – a combination of litigation and negotiation. Countervailing duties (CVDs) of around 30% are thought by analysts to underpin the US industry’s petition to Department of Commerce.  If USTR proceeds with a high CVD, it may signal the Administration’s desire for a quick win under a Trump Heavy scenario.  However, the history of lengthy litigation, and the survival of the Canadian industry in the face of countervailing and anti-dumping duties in previous disputes, suggests a quick win is not likely from a heavy approach to softwood lumber with Canada.

The incoming Administration’s likely domestic policy on energy raises many questions for BC’s energy sector: exports of fossil fuels to the US from BC/western Canada would face a rough ride under a Trump Heavy scenario if it strongly encourages the expansion of US domestic supply, particularly the shale oil and gas that have been curtailed during the global price depression of the past two years. Still under a Trump Heavy scenario, BC/western Canada could do well if US oil imports from overseas are constrained. This on its own would not likely move the needle substantially on the languishing global price for oil. Indeed, the recent announcement by OPEC that it has agreed on a supply constraint can be interpreted as encouraging price rises in light of expected increases in US supply.

A Trump Lite scenario would be more likely to take into account continental energy flows, taking regard for efficiencies offered by continuing integration of North America’s oil and gas sectors. In either scenario, signals are strong that the next Administration will be favourable to the construction of energy infrastructure (e.g. Trump’s statement on the US Army Corps of Engineers’ decision on the Dakota Access oil pipeline, together with previous campaign statements about reviving the Keystone XL pipeline). This is good news for western Canada’s energy industry. However, even with a strongly resurgent US economy it is hard to see Canadian gas regaining its previous US market share in light of the shale reserves in the continental US. Bitumen exports on the other hand may continue their growth to feed the 8 million bpd of heavy crude capacity in the Gulf Coast refinery complex.

The incoming Administration’s statements on climate change and its likely policy stance have substantial implications for Canadian federal and various provincial climate policies. In terms of the prospects for renewable energy (including the hydroelectricity presently traded around the Western Electricity Coordinating Council  (WECC) region), it is difficult to see, under either a Trump Heavy or Trump Lite scenario, a substantial change in renewable energy trade with the US western states from BC.  Renewable Portfolio Standards are state-governed, and any federal change (other than the likely elimination of Production Tax Credits for wind power) – even overturning the Clean Power Plan – will likely not affect the authority of states to implement their own standards.  The magnitude of BC electricity exports in the coming four years is more likely to be a function of economic activity and demand (and fluctuations in domestic western US supply) than from a Trump Administration outlook that de-emphasises the climate challenge.

The metals and minerals sector in BC could also be affected by the incoming Administration’s trade policies, but this is more likely a result of any new “Buy American” policies that it might bring in.  It is difficult to see a substantial change in policy-driven shifts in metal/mineral exports to the US under a Trump Lite scenario, with the possible exception of a lift in demand and price if a mooted US$1 trillion infrastructure program proceeds without Buy American strings attached. Under a very protectionist Trump Heavy scenario, BC-origin input goods (if made from BC-origin raw materials), could be subject to non-tariff barriers if new Buy American legislation is aimed to boost US-origin products in federally funded public infrastructure projects.

What forms would protectionism take?

The most likely change affecting the Canada-US trading relationship under a Trump Administration is a re-negotiation (or a less-wholesale “tweaking” as Canadian Ambassador David McNaughton has put it) of NAFTA. This will directly affect all sectors covered by NAFTA. (According to some trade experts, NAFTA is thought to be already less robust even for the sectors it does cover: some goods and commodities are traded under Most Favoured Nation (MFN) or Canada-US FTA rules to avoid more burdensome NAFTA rules.) But is this a bad thing for Canada? Maybe… but maybe not, if we are clear in our goals for a revised NAFTA, and skilful in our negotiations. It is unlikely, as some have called for, to wrap softwood lumber into NAFTA, similarly it is difficult to see other “managed” trade sectors included.  But the addition of some 21st century trade deal elements (such as: improved dispute resolution mechanism, procurement guidelines, strengthened harmonisation of performance/ production/ environmental standards to reduce “behind the wall” trade barriers) could benefit BC-origin resource products bound for the US. Also relevant, the Chapter 11 investor-state dispute settlement mechanism could be a harder negotiation, depending on the outlook of the Administration.

The US$1 trillion infrastructure spending program promised by the incoming Administration could well spell another round of “Buy American” type of behaviour which could threaten Canadian firms’ access to US procurement.  The previous “Buy American” provisions in the American Recovery and Reinvestment Act  (2009) were not aimed at inputs or raw materials, but rather required that finished goods be completed in the United States. This remained problematic for the ability for Canadian firms to bid on sub-national procurement in the US. The 2010 Government Procurement Agreement affirmed the ability for Canadian suppliers to continue to bid on and win contracts on US state and municipal infrastructure projects.  Here again, the present is no guide to the future. A Trump Heavy Buy American policy could well compromise the integrated supply chain for infrastructure projects. This could affect BC energy and extractive industries to the extent that raw materials and input goods flow south, and therefore may be shut out of opportunities to provide materials and/or services.

All in all, it is sobering times for BC’s resource sectors. The US election outcome is merely the most recent, albeit large, potential stumbling block.  This brief review is intended to show that it doesn’t have to be all bad for BC or Canada, but that BC’s continuing reliance on the US as its principal goods export market leaves these sectors at some risk if a Trump Heavy Administration carries out a strongly protectionist agenda over the coming four years.

Karen Graham is the principal of KMG Strategy, a policy and strategic communications advisory business and an occasional contributor to Resource Works. [email protected].