Fairy Creek is a special spot but it's not the "last intact watershed" in B.C.

Here's the list of 10 intact watersheds close to Fairy Creek.

For over a year, a pressure campaign has been underway in the woods west of Victoria. Logging roads that exist to allow forest companies to carry out permitted harvesting work have been blockaded by interest groups. Their argument is that this is the only means available to prevent logging in what they say is southern Vancouver Island's last intact old-growth forest, the Fairy Creek watershed. Much has been made of this claim, for example in the British Columbia Legislature on March 25, 2021. That's when Sonia Furstenau, BC Green Party leader, stated:

"Today the B.C. Supreme Court is hearing forest company Teal-Jones's application for an injunction against the protesters at Fairy Creek. If the injunction is granted, we could see people arrested for attempting to stop preparations for logging in the last intact ancient forest valley on southern Vancouver Island."

The Tyee, for example, is happy to call Fairy Creek "the last intact valley on southern Vancouver Island" despite the facts: 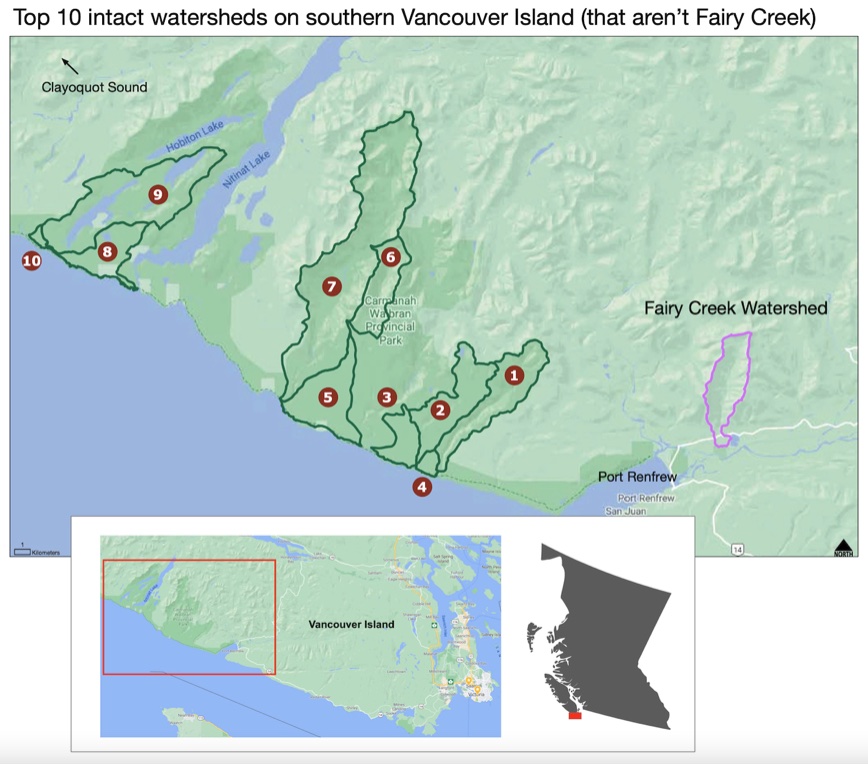 Based on examination of mapping records, here's the actual list of intact old-growth watersheds south of Clayoquot Sound:

The term "intact" here might be controversial for some. It's worth noting that even the Fairy Creek watershed, which Furstenau is on the record calling intact, has been subject to extensive harvesting in its lower reaches. Some would even argue that "two-thirds" intact is hardly the same as "the last intact watershed". The list of 10 intact, protected watersheds here generally applies a higher standard of the term. In some cases, one might argue for use of the term "mostly intact". Certainly, in the top 10 list there is no watershed that is less intact than Fairy Creek. 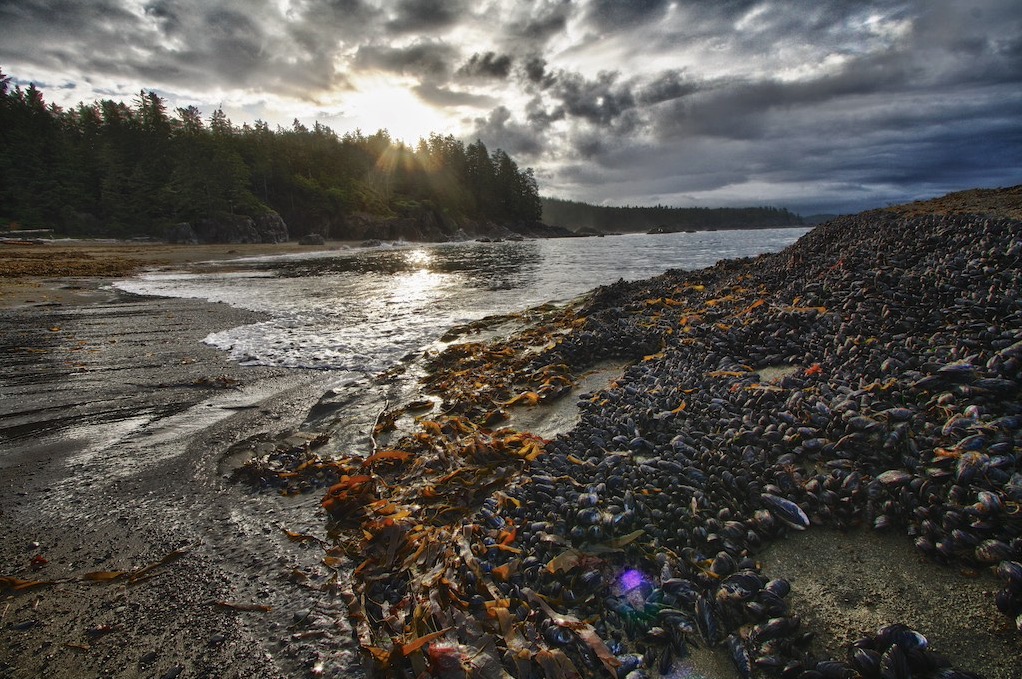