iAs carpenters built a wood broadcasting booth at Jack Poole Plaza in Vancouver for the 2015 FIFA World Cup recently, it was hard for those aware of the facts on the resource economy of British Columbia not to see the connections. 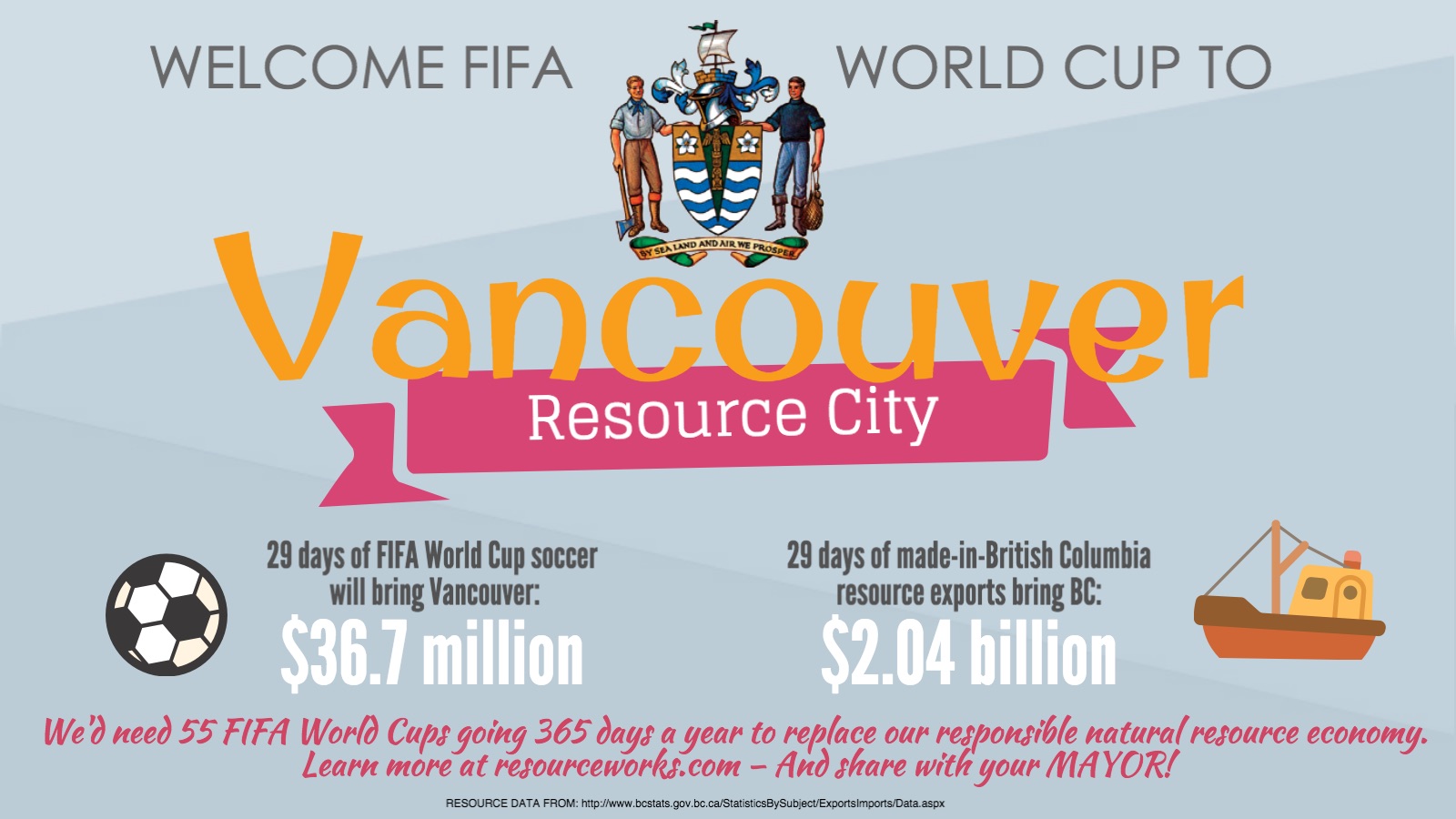 The vibrant port in the background will be part of a BC resource story that, during the 29 days of high-level soccer action, will have 55 times the economic impact of the tournament itself.

Not only the lumber to build the broadcasting booth but also the hotels where players are staying, the paper products for napkins and programs, the complex modern fabrics used to make the uniforms worn by players, and the fuel and metals required for the teams to fly to Vancouver from around the world – all of them are based on inputs from natural resource activities.

British Columbia's exports of wood products, pulp and paper, fish, minerals, and energy products are worth $70.5 million per day.

During a 90-minute FIFA Women's World Cup match, BC exports worth $4.4 million are quietly shipped to market.

Thanks to Vancouver - Resource City, British Columbia has what it takes to be a player on the world export stage. It is where thousands of workers provide the goods and services support structure needed for a modern, responsible resource economy. Many of these jobs are hard to spot with the naked eye, but they exist all the same.

Our most important messages to visitors are these:

Resource Works exists to research the economic force that continues to drive the economy of Vancouver and the province. The evidence is in, and there is just no question that without natural resources, we'd be naked.

For those looking to learn more, here are a couple of worthwhile resources:

We are also encouraging those who acknowledge that we really do need responsibly-derived natural resources to share our content and become a supporter. Supporting us means receiving our newsletters so you are always up to date on resource happenings.