On January 30, 2018, British Columbia's environment minister, George Heyman, made public his strategy to thwart the federally approved Trans Mountain pipeline expansion. That evening, he dined with 25 activist groups that are using U.S. funding to try to accomplish the same aim as Heyman. 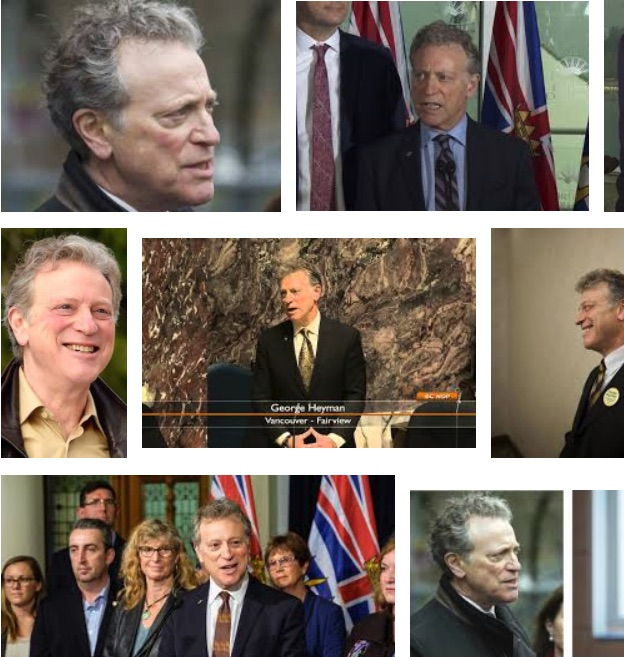 George Heyman, the former Sierra Club director who is now in charge of B.C.'s environment ministry, has admitted in the Legislature that he dined with a group that calls itself the "Kinder Morgan strategy group" on the very day he triggered a disastrous trade war with Alberta.

Greenpeace, Stand.earth and 23 other activist groups who are part of the so-called Kinder Morgan Strategy Group were holding a 48-hour retreat on how to halt the project.

Together, these groups receive millions of dollars every year from American organizations that want to prevent Canada from developing its natural resources.

Though these groups continue to drive a campaign highlighting unverified claims about the project's risk, they have not responded to requests to explain how Canada could replace lost revenues if the project is scrapped.

Former Kamloops mayor Peter Milobar, now an MLA, pointed out that one of Heyman's dinner companions was activist Tzeporah Berman, who has said of opposition to the project: "Conflict is messy and unpleasant but looking necessary…. Nobody likes conflict. I've been to jail, and it's not a pleasant place, and I'm not looking forward to going back there. But we'll do what it takes."

Milobar asked Heyman in the House: "Will the minister disavow statements that support conflict and illegal activity?" to which Heyman replied, "it's not my job nor would I think the public of B.C. would expect me to answer for the opinions of the statements of other people."

Heyman's action not only risks the annual loss of billions in revenues because of lack of market access for Canadian crude oil. It also jeopardizes the federal government's plans for a world-class, $1.5 billion maritime safety plan that is contingent on finishing the Trans Mountain project.

Moreover, as Prime Minister Justin Trudeau suggested on Feb. 13, Heyman's actions, if successful, will cause the collapse of the federal carbon strategy once Alberta realizes there is nothing at all to be gained by joining the pact.

In a media interview, Trudeau explained this way the linkage between pipeline approval and a national carbon strategy: "So in order to get the national climate change plan — to get Alberta to be part of it, and we need Alberta to be part of it — we agreed to twin an existing pipeline in order to get to work. It was always a question of, if we could move forward responsibly on the Kinder Morgan pipeline, then Alberta would be able to be as ambitious as we needed Alberta to be and get on with the national climate change plan... Yes, they were linked to each other."

Said Milobar, in a reference to the Alberta government's stout response to Heyman's actions by banning the distribution of British Columbia wines: "Hopefully, you at least had B.C. wine at that retreat."

The interchange is related fully in Hansard transcripts for Feb. 15.

Premier John Horgan was travelling on the Japan leg of an Asian trade mission they day Heyman triggered the trade war. The premier gave a keynote speech promoting B.C. at a gathering of over 150 community, government and business leaders in technology, natural resources, agrifoods, tourism and international education.