Getting from high-energy to low-carbon lifestyles

In our haste for energy perfection, we are overlooking the more important need to sustain, over the long term, supplies of energy sufficient to let us maintain our standard of living. Stewart Muir looks at what we can do about this emerging crisis. 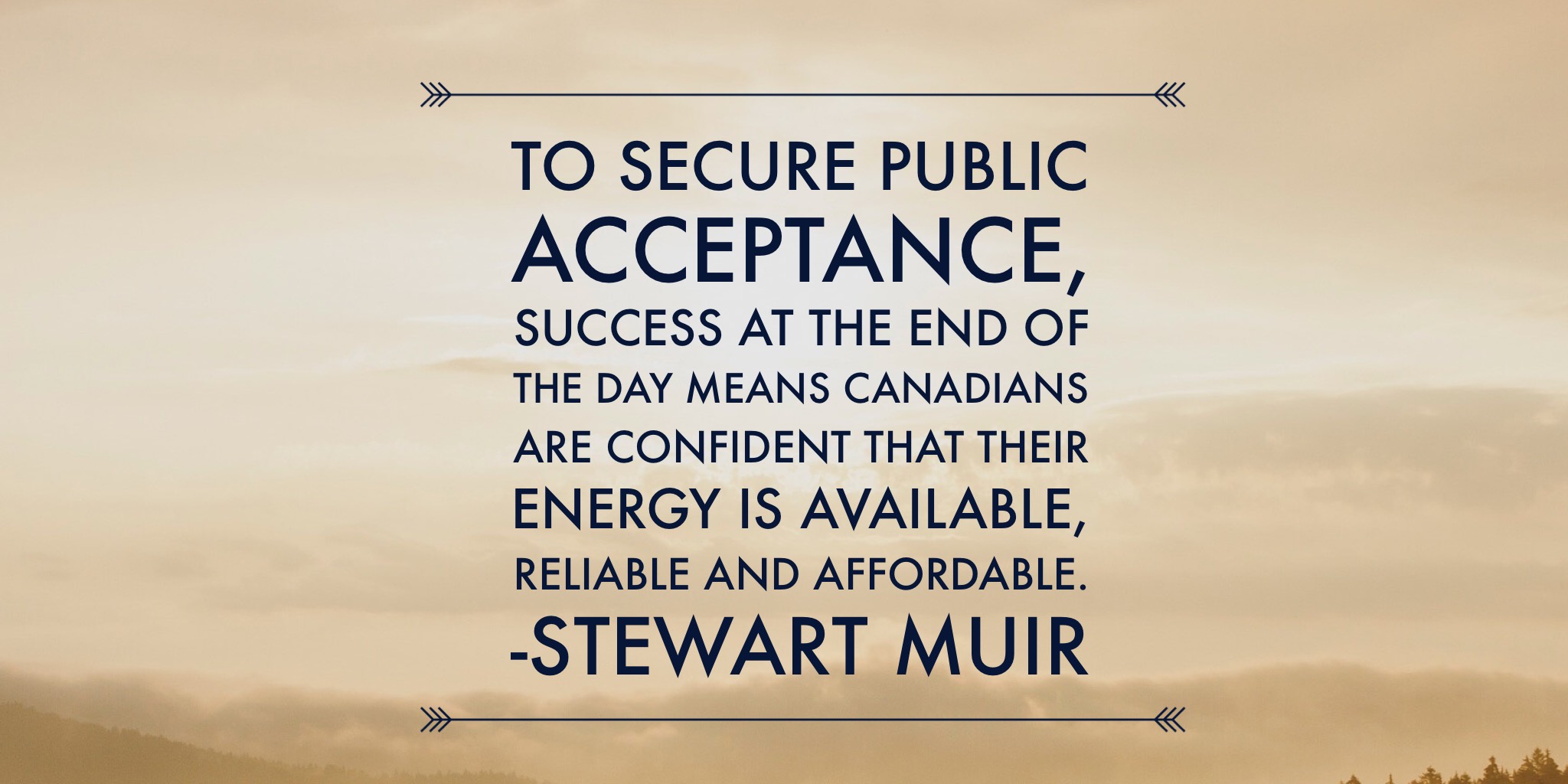 This article was originally published as an op-ed in the Winnipeg Free Press on Oct. 11, 2017.

The upcoming Generation Energy event in Winnipeg (Oct. 11-12) is the result of a federal government initiative to bring together a wide and representative array of citizen voices on the future of energy in all its forms.

The aim is to identify values, goals and pathways to arrive at the energy future. How do we grow the economy and living standards, green the environment and maintain Canada’s place in the world? My organization — British Columbia’s Resource Works Society — asked to be invited because Generation Energy is intended to heal some of the damage resulting from years of conflict on fundamental issues.

There are plenty of examples of how energy issues have become super-divisive factors in our society today. (Did someone say pipelines?) Claiming to be the "right" side of any of these issues increasingly seems like a pointless exercise, as it seems only to cause opposing sides to dig in more firmly. The polarizations are on display every day in all kinds of ways.

For example, does it not seem awkward to welcome the electric vehicle (EV) future while also dealing with the fact that today’s low gasoline prices mean more consumers are buying trucks and SUVs than cars, and fewer than one per cent of all these are EVs?

Also, the City of Vancouver decided a ban on natural gas would be a good way to reduce carbon emissions. So confident was the city of the righteousness of its "100 per cent renewable by 2050" slogan that it didn’t bother consulting with citizens or studying the economics of such a radical change. As a result of the Vancouver experience, other cities are pursuing similar programs without conceding it will make household energy bills more costly.

British Columbia’s Site C hydro dam has become another hot-button issue. A vocal minority sincerely believes that big, costly dams are "old" technology coming at a time when we should be investing in "new" technology such as solar and wind. As a result, we have the strange spectacle of clean-energy boosters fighting tooth and nail to stop a major clean-energy project. It is madness that the same people opposing oil and natural gas also reject building additional hydro capacity.

Perfect is often the enemy of good. In our haste for energy perfection, we are overlooking the more important need to sustain, over the long term, supplies of energy sufficient to let us maintain our standard of living.

To put this in perspective, consider that the amount of energy a pre-modern human used in everything he or she did during a day was the equivalent of 4,000 calories (that’s about 20 Nanaimo bars). Today, that has risen to a staggering 200,000 calories a day.

Our full bellies, cars, flights, new gadgets, warm schools, intensive-care units, secure year-round habitation in a vast land often ruled by winter — these are but a few of the factors behind that inflated figure.

Unlike most countries, Canada is a net exporter of energy. Can we afford to be unique among energy-producing countries and not use, or export for our own benefit, our conventional fuel resources? In the past decade, Canadian exports of petroleum, natural gas and coal were valued at $1 trillion. Our traditional energy industries may labour behind a dull facade, but they are among the most technology-intensive, innovative ones we have.

And what about climate change — can we afford policies that add to carbon dioxide in the atmosphere? It seems as though there is a contradiction between this goal and how we sustain the high quality of life that affordable and abundant energy has given us. Much of the polarization is due to disagreement over what is meant by energy "transition" — i.e., the rate at which we lessen Canada’s carbon footprint over time. But what about also sending more Canadian energy to places such as China, India and other developing nations as a way to reduce their daily consumption of dirty energy? That’s win-win — jobs for Canadians and a cleaner global environment.

An inclusive conversation in Winnipeg will recognize that there are many ways to accomplish the transition. To secure public acceptance, success at the end of the day means Canadians are confident that their energy is available, reliable and affordable.