Veteran woodsman certain "raw" log exports are not a problem

The issue is far more complicated and a ban would not solve anything, says Nanaimo log broker Barry Simpson in this report by Don Hauka for Resource Works. 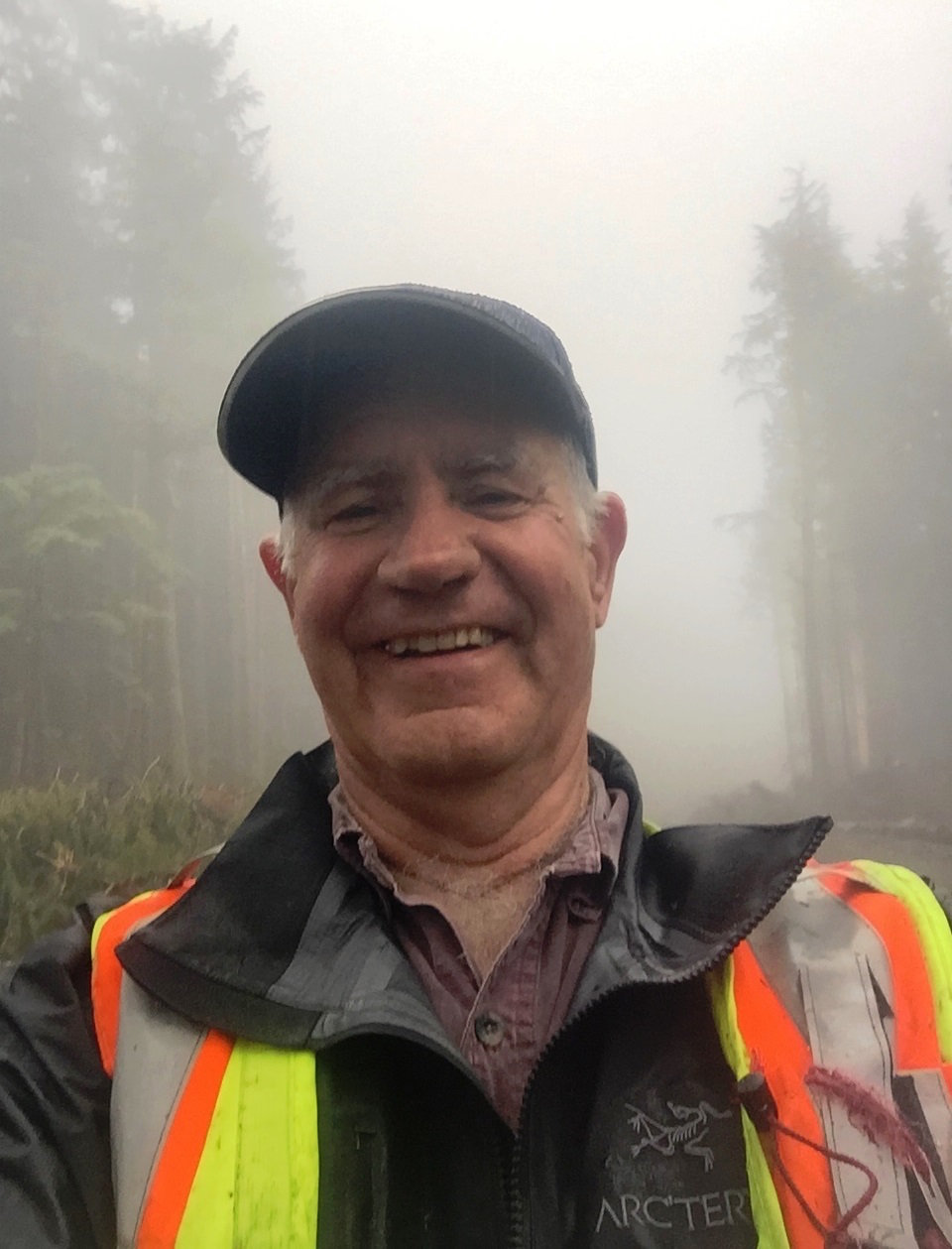 Barry Simpson has worked in the B.C. woods for nearly 40 years and he knows three big things about log exports:

A Nanaimo-based log broker, Simpson (pictured above) has heard the old saw about log exports costing jobs since he got into the business in 1980.

“The argument hasn’t changed the entire time that I’ve been around,” says Simpson. “My experience is that the argument ‘By exporting logs you’re exporting jobs’ is a total myth.”

It’s a myth often heard from those who blame job losses in the forestry industry since 2001 on the rise in log exports. But that’s just not true, says Simpson.

“Nobody that I know of is staying home because logs are going out of the country,” he says.

“A lot of logs that are going out of the country are not even in demand by the local mills, because they only want specific logs.”

The reduction in forestry jobs has more to do with reductions in cutting, technology change and other factors, as Truck Loggers Association of B.C. Executive Director David Elstone points out.

“Simply put, it is wrong to say that mills have closed wholly as a result of log exports,” Elstone said in a press release issued May 2 in response to what he called “misinformed” statements being made on the provincial campaign trail.

“Our sawmills and pulp mills have closed because we’re harvesting a lot less trees than we used to. Any industry is affected by many variables. Markets and lack of certainty on the land base have also affected B.C.’s forest industry.”

Then there’s the viewpoint that it’s simple to ship logs overseas. Brokers like Simpson will tell you there’s nothing simple about it. High-grade species like red and yellow cedar can’t be exported, period. Much of what goes out is low-grade hemlock. And even those logs have to meet “the surplus test.”

The test has checks and balances in place to ensure that domestic supply is met before a single log gets exported. If a local mill wants a shipment of logs Simpson has earmarked for export, they can apply to the Timber Export Advisory Committee and get it if their offer is judged to be near the domestic market rate.

Simpson calls the system “a painful thing to deal with.” But it keeps the industry going.

“It’s almost a hate-hate relationship. I think it’s because everybody hates the system that it works,” Simpson says.

“It’s way more complicated than it looks. It’s real simple to say, ‘You export logs, you export jobs.’ The reality is very different than that says,” Simpson.

Simpson said shutting down log exports would be a disaster for the industry.

Meanwhile, many in the industry are primarily focused on a much more pressing and immediate problem: U.S. countervailing and anti-dumping duties on B.C. softwood and the negotiation of a new Softwood Lumber Agreement with the United States.