86 projects in BC with First Nations partners

If you’ve lived in BC for any amount of time, you’ve probably heard that old line about how it’s impossible to build anything here because of opposition from First Nations. That’s complete rubbish, of course, and here’s some proof.

The First Nations Economic Development Database tracks agreements between industry, government and First Nations in BC, and at the time of writing, they listed 86 projects with First Nations participation.

Below is a map showing the location of the projects tracked by FNEDD, along with descriptions of a few of the major ones. Enjoy! 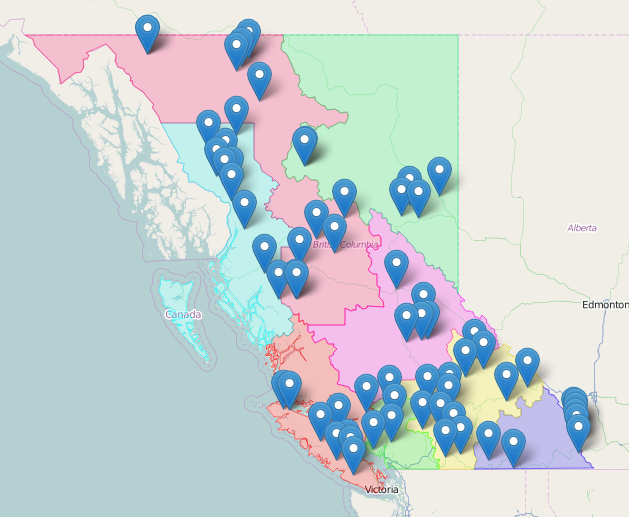 Ajax Mine Advanced exploration agreement between Tk’emlúps te Secwepemc and KGHM International. Proposed open-pit mine at the site of the former Afton mine near Kamloops.

Northwest Transmission Line Impact benefits agreement between Kitselas Nation and BC Hydro. A 340km transmission line between Skeena substation near Terrace and a new substation to be near Bob Quinn Lake.

Red Chris Mine Impact benefits agreement between Tahltan Central Council and Imperial Metals. Open-pit copper/gold mine 18km southeast of the village of Iskut.