Sharing a vision for the future is the way forward for coastal aquaculture, writes Stewart Muir. 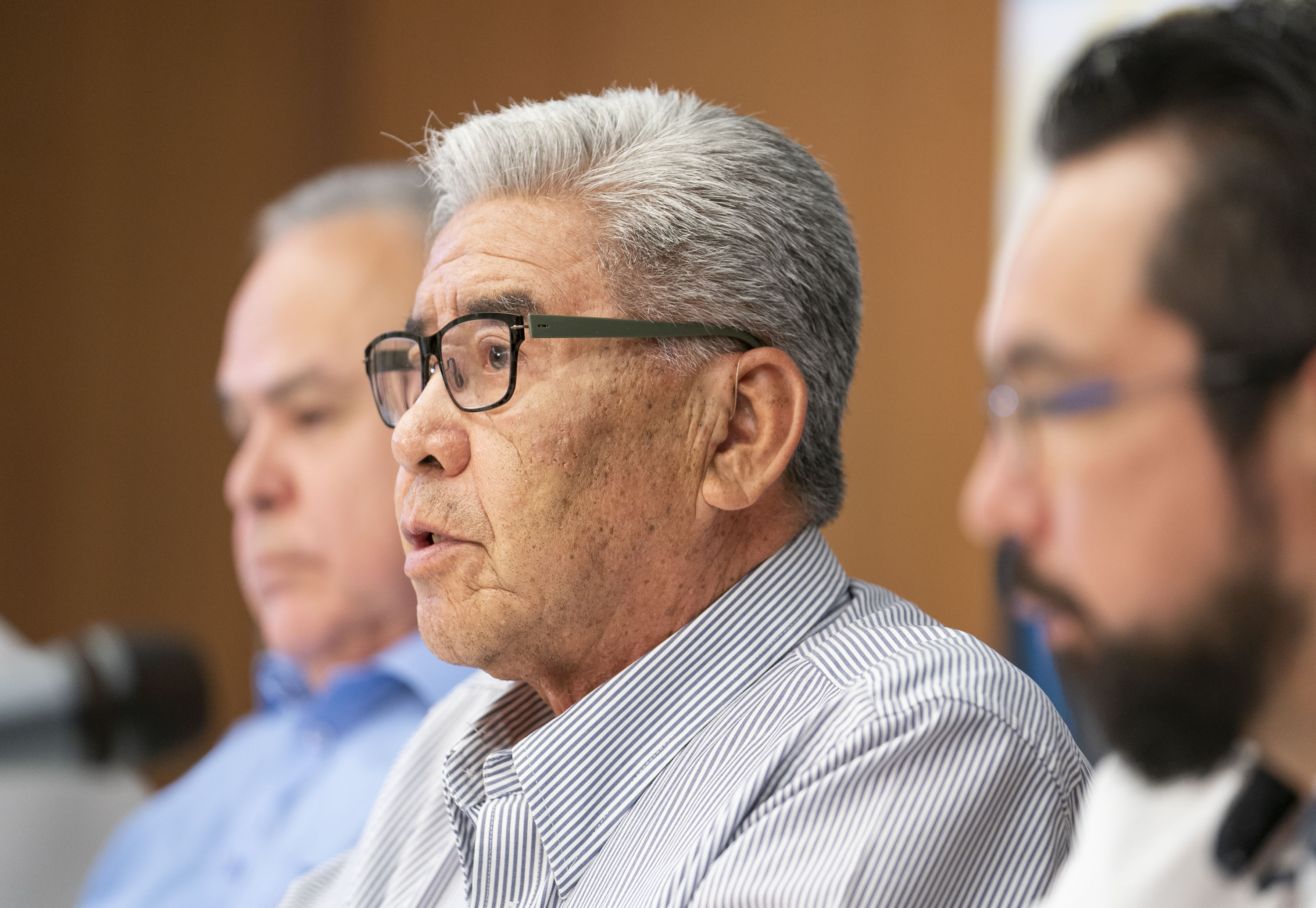 Simple answers are rarely available to complex questions. This is a fact that resource people are particularly aware of because of the multi-dimensional nature of their work.

The report from a recent British Columbia government process on finfish aquaculture reinforces this perception.

The Minister of Agriculture’s Advisory Council on Finfish Aquaculture (MAACFA) spent 18 months looking at the future of an industry that has provided green jobs and rural opportunities in spades. Its report was submitted in January 2018 and released some time after that. The council drew on those who were both strongly supportive of and strongly opposed to the existence of the sector.

MACFA found there to be "no agreement among council members about the level of risk to wild salmon stocks from net-pen salmon farming, something that should not be surprising given the range of perspectives".

The process, did, however, find consensus that some changes are necessary.

Three broad perspectives were found in the group who contributed to the MAACFA process:

That's quite a range of views, from banishment to encouragement. Clearly, it would be no easy task to reach a consensus on what kind of changes would be necessary. In the first place, we don't have compelling scientific evidence that farms cannot be managed responsibly. However, my guess is that the third viewpoint is the one most likely to influence the decision making of a government that will be as concerned about the environment as it is about the economy.

The reason the "terminate" option is unlikely to prevail is that there is no definitive evidence showing that wild fish are made worse off by salmon farming practices. The paper points out:

Despite the ongoing scientific research that shows we can be content with current levels of risk management, what the public is seeing right now is quite different. A number of publicity campaigns are being promoted that appear to be designed to cause maximum distress about salmon farming while confronting none of the scientific evidence. Hyperactive protesters are a hallmark of British Columbia eco-activism, and in this instance much of the activity is fronted by a tiny number of highly ideological, intransigent activists who are using apocalyptic language and hostile tactics that are in no way grounded in science.

For example, law firm Borden Ladner Gervais LLP is fronting the Wild First campaign that insists on "the removal of salmon farms from Pacific coastal waters as soon as possible." (Why a national firm specializing in patent and trademark law is engaged in such a campaign is not immediately obvious.)

One of the most ardent foes of salmon farming is possibly the most misinformed activist on the scene. David Hawksworth of Vancouver restaurant Hawksworth has been outspoken in his insistence on banning salmon farming. He has affiliated with the David Suzuki Foundation to attack salmon farming despite the lack of scientific validation for his position. The foundation has in the past been the recipient of considerable largesse from the Pattison Foundation, the charitable arm of the Vancouver billionaire who owns Canfisco, the largest west coast holder of commercial fishing licenses and an obvious competitor to salmon farming.

On a recent visit to a West Coast marine community, Hawksworth posted an Instagram video claiming that he could see sea lice in the water, implying that they must have come from a salmon farm vessel nearby. 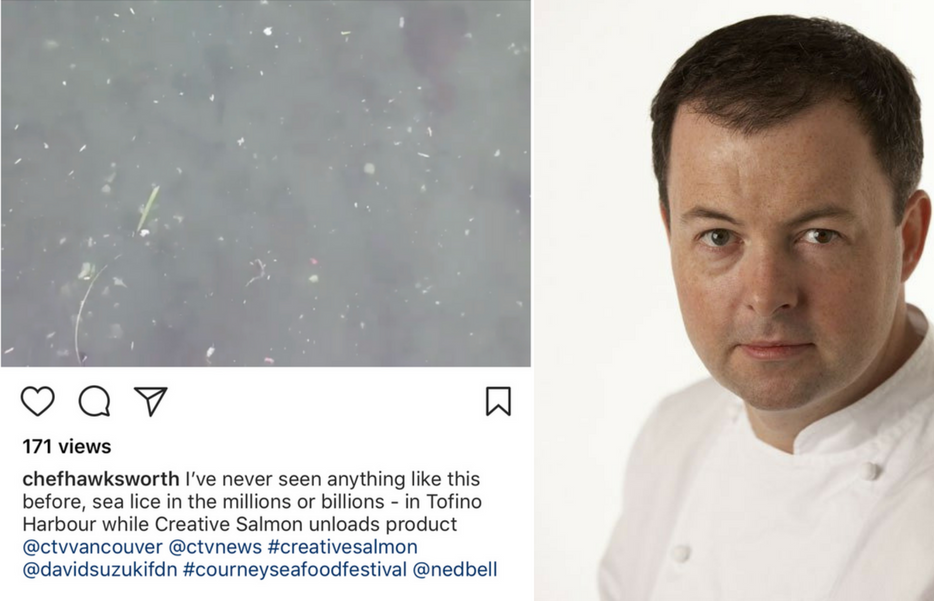 Knowledgeable people quickly informed the chef that he was actually seeing the familiar local phenomenon of crab spawn. Without acknowledgement or apology, Hawksworth quietly deleted the offending post.

Yet he continues his crusade, apparently unaffected by his clear lack of critical thinking ability - a defining incident that typifies how little these dogmatic farming opponents actually know about the industry. If Hawksworth had the basic judgment to consider scientific information, he most certainly would not be posting reckless false information on social media. We are no clearer after his embarrassing misstep about what the hapless chef's true intentions are than we were before. Hawksworth's restaurants spend a lot of money on seafood. A skeptical inquirer would have to wonder whether the Canfisco connection has something to do with his "moral" crusade.

The public has also been misled by Alexandra Morton, an expatriate American heiress living on the BC coast who has cultivated an earth mother personality cult reliant on radical indigenous activists who frequently speak of the violence they would like to visit upon "settlers" and "sellout" First Nations, while claiming questionable scientific and academic credentials. This menacing image was recently shared in social media showing Morton, right, with one of her supporters: 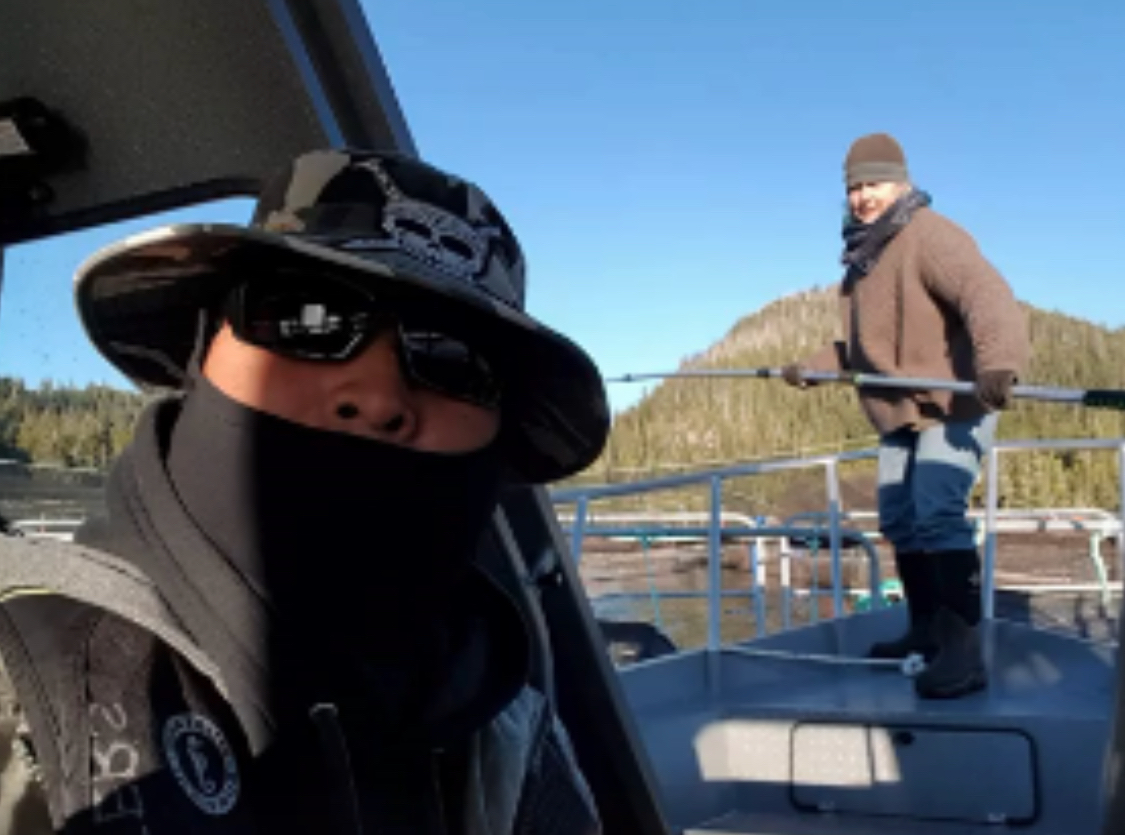 Why the military garb, dark glasses and hidden face?

Maybe it was just a cool morning, but one can certainly question the provenance of these campaigns based on the statements they make. What is clear is that they exist to pressure the government for change.

In contrast to this, First Nations leaders who issued the Sharing Salmon Declaration on June 1 were simply asking for foreign activists to keep their distance and treat the local indigenous economy with respect, not interfering with the rights of those who wish to go about their lawful business.

It's clear that some kind of change is in the wind. That's not necessarily a bad thing, if your perspective is that the 6,600 families who depend on a BC aquaculture breadwinner are legitimate stakeholders in all this.

The MACFA paper makes clear that despite the strong scientific case for finfish aquaculture, there will likely be some kind of alteration to how salmon tenures are managed, and it may come as soon as late June 2018.

It's important to keep in mind that, since the mid-1980s, there have been "at least six formal reviews of the salmon farming industry’s interactions with wild salmon in B.C., assessing the perceived risk by reviewing the state of knowledge":

The issue cannot be completely understood without one additional piece of context.

The Barton Report recommendations on aquaculture contained in the paper Unleashing the Growth Potential of Key Sectors represent a pillar of the current federal government's economic philosophy. Barton found that although Canada's economy is advanced, it is small in absolute terms, and particularly small relative to the United States. Achieving global scale and competitiveness requires “clearing the path” to growth in our most promising sectors. Aquaculture is one of those sectors, within the broader agrifood category. It plays to the natural advantage Canada has of a rich stock of basic natural resources including lots of fresh water and long coastlines suited to aquaculture. The Barton Report recommends that Canada increase its global aquaculture market share to 0.6 percent (from 0.2 percent) and exports by almost US $2.6 billion. To succeed, it will have to reform ill-adapted traditional fisheries regulations so that opportunities can be created for provincial, regional, and aboriginal stakeholders. Only once these restraints are removed can an industry like salmon farming begin to achieve its true potential.

The British Columbia government is facing an imminent decision on the fate of a number of salmon farms in the Broughton Archipelago. After spending time with the MACFA report and considering the scientific data available, it's very difficult to understand how any other path could be advised than this: keep the industry going with possible consideration given to the location of some farms. There must be a reasonable response to the risk posed by farms, such that the continuation of farming is allowed in a manner that will mitigate risk to wild salmon and re-establish public trust in farming.

We can leave it to the wisdom of the provincial government to exercise its best judgment on all of these competing claims. For those simply interested in seafood that tastes good, the BC Seafood Festival is taking place in Comox June 8 to 17. It offers a chance for the public to find out for themselves what the fuss is about around aquaculture. On June 9 and 15, tours will take place of actual working salmon farms; more information is available here.