When these economists tried to explain how natural resources keep the economy in balance, here is what they came up with

And they looked no further than the nearest bathtub. 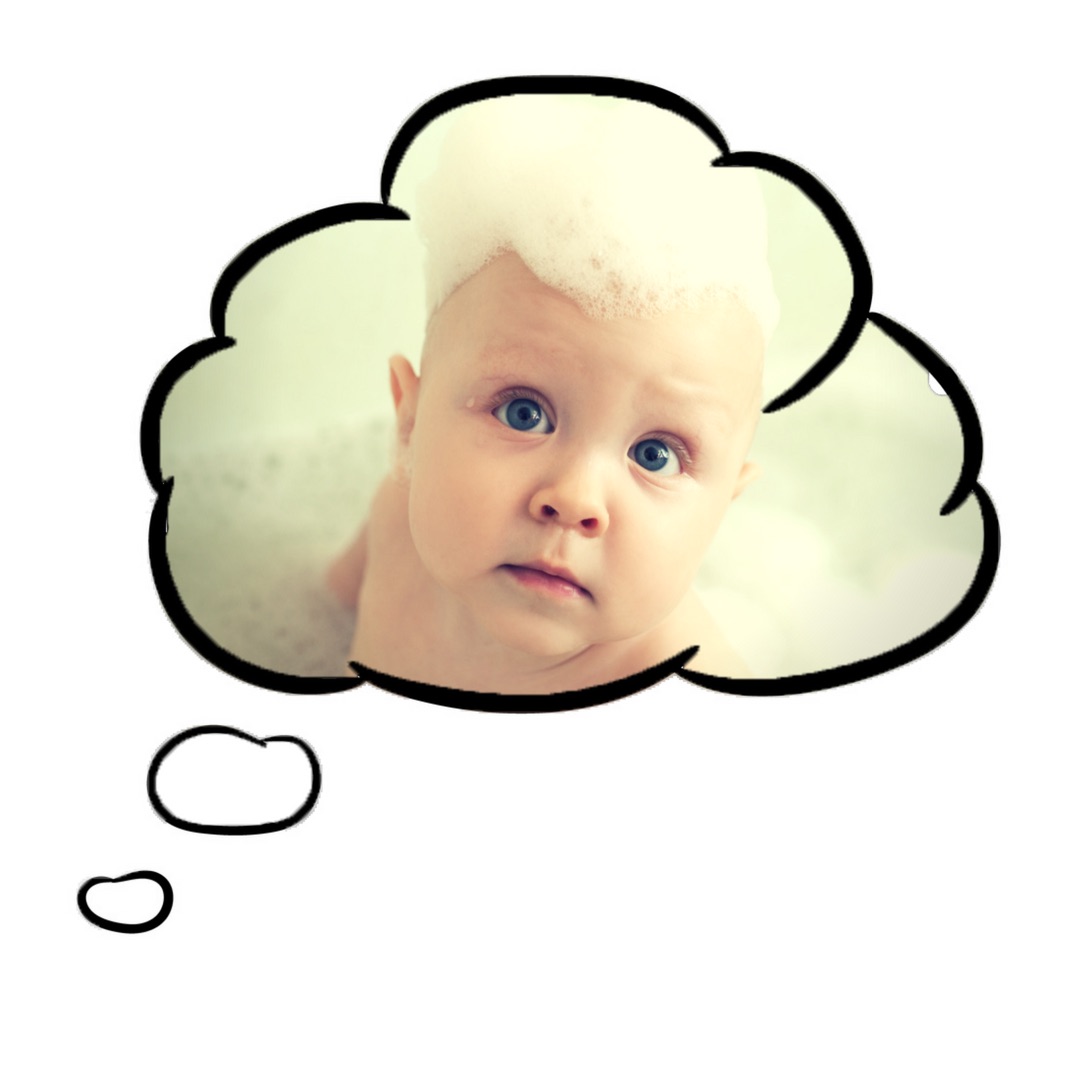 "The tap (exports) must bring in the same amount of water as the drain (imports) takes out of it if the water in the tub (the economy) is to remain at a constant level (neither shrink nor grow)."

From Regions & Resources: The Foundations of British Columbia’s Economic Base by David Baxter, Ryan Berlin, and Andrew Ramlo

There are three components to a regional economy. The first, and most obvious, component is the population-serving sector, which includes all economic activity within the region that is directed towards meeting, directly or indirectly, the consumption demands of the region’s residents.

The second component is the importing sector, which includes all economic activities that drain money out of the region as a result of the importing of goods (e.g., herbal teas) or of services (e.g., Vancouverites going to Cabo for a week in the winter).

The third component is the exporting or economic base sector, comprising all economic activity that brings money into the region, including both the export of goods (e.g., softwood lumber to the United States) and of services (e.g., tourists from the United States dining at Rosa’s in Penticton). Exports are the base of an economy because they are the only source of money to pay for imports and to facilitate transactions and taxation in the population serving sector. In this sense we are interested in “first dollar” produced by a specific activity.

All non-export economic activity, from brain surgery to day care, relies on the economic base as a source of revenue. In other words, both population-serving and importing activities are effectively parasites on the export sector, and as parasites they should have a strong interest in the health of their host.

The analogy of a bathtub is useful in describing the economy in economic base terms. 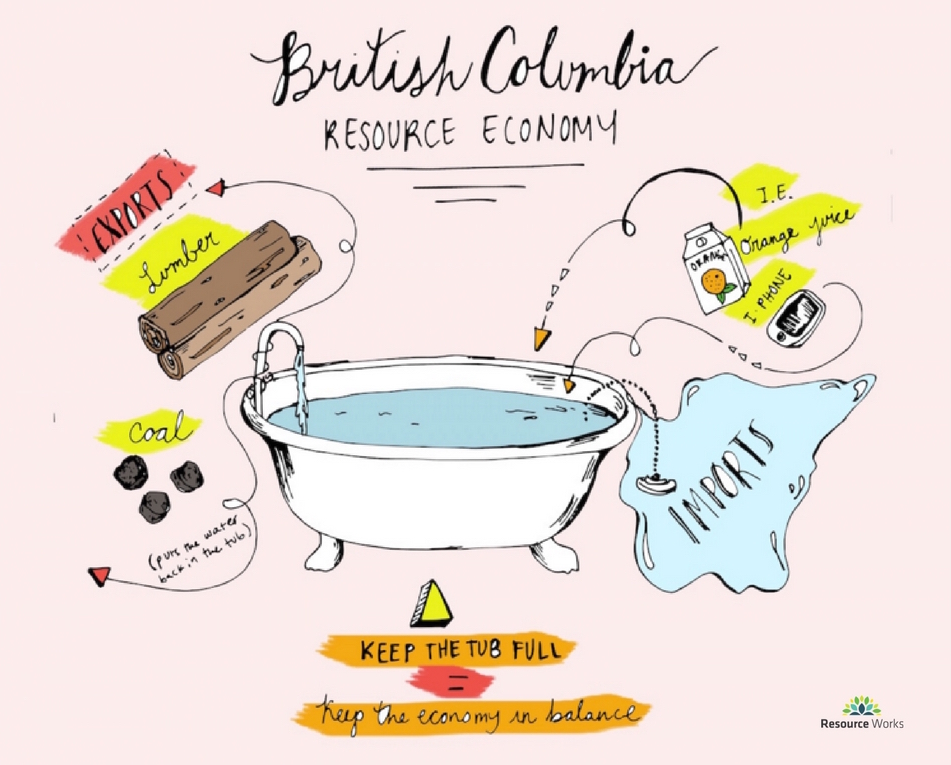 Our day-to-day experience in an economy is mainly with the water in the tub, in the transactions of the population-serving component as we buy groceries and get our hair done. The volume of money used in these internal transactions is analogous to the water level of the bathtub. Its flow or churn as people carry out business with each other is therefore analogous to water swirling in the tub.

Population-serving transactions within a region can continue indefinitely so long as nothing is imported from outside the economy. Imports mean money leaves the region in exchange for imported goods and/or services. In the bathtub analogy, importing is the equivalent of pulling the plug out of the bathtub, as it drains money out of the economy – all other things equal, the longer and/or the more we import, the lower the water level in the tub.

To offset the loss of money from the economy that results from imports, there must be a source of income for the region, something that brings money into the economy to ensure, directly or indirectly, that there is sufficient money in the region to at least pay for imports, and at best to exceed them, thereby increasing the size of the economy.

In the bathtub analogy, the tap (exports) must bring in the same amount of water as the drain (imports) takes out of it if the water in the tub (the economy) is to remain at a constant level (neither shrink nor grow). If the outflow (imports) exceeds the inflow (export

Much of government activity is within the tub, taking money from one part of the tub (via income or consumption taxes) and adding it to another (via government spending).

In some contexts, governments may act like importers, removing water from the tub to put in another tub, and in other cases the may act like exporters, bringing thimblefuls of water from other tubs to dump in ours.

While imports may define our standard of living, as they represent consumption that could not be produced locally, exports provide us with the ability to pay for them. Thus, the base of an economy is its ability to sell goods and services to residents of other regions, thereby providing the funds to support both population-serving and import activities.

All non-export economic activity, from brain surgery to day care, relies on the economic base as a source of revenue. In other words, both population-serving and importing activities are effectively parasites on the export sector, and as parasites they should have a strong interest in the health of their host.

It is important to note that in the short run, borrowing money from lenders outside the region (external debt) can be used to cover a deficit between imports and exports, as debt brings money into the economy. In the long run, however, external debt must be serviced, and ultimately, repaid. Due to the fact that the only source of money used to make external debt payments is export income, borrowing outside the economy simply represents a claim (i.e., contracting to send money out of the region) against future export income.

Having used the analogy of exports filling up a bathtub and imports draining water out, it is necessary to consider the message delivered by the data, which show an almost continuous, and recently increasing, trade deficit for the province. To do so requires delving a bit deeper into the trade data: goods and services traded only comprise current production activities, omitting financial flows such as debt, pension and unemployment insurance payments, and inter-provincial transfers. Thus, the level of water in the tub can be maintained in the face of a consistent trade deficit if there are sources of revenue that do not involve economic production.