A Bloomberg review of North American oil prices over the last two years found that Western Canadian producers were shortchanged an average $23 US per barrel below world prices compared to similar-quality oil that has access to tidewater.

For example, Bloomberg notes that Mayan heavy crude oil from Mexico fetches the world price because it has access to the Gulf of Mexico — and it costs about the same to refine as ‘Western Canada Select’ heavy oil. Mayan crude, according to Wikipedia, has almost the identical density and sulfur content of oil sands crude.

The problem for Western Canadians is that they’re selling their oil into a bottleneck in the U.S. midwest. Thanks to hydraulic fracturing technology, U.S. refiners are dealing with a glut of domestic oil — and they buy 99 per cent of Canada’s exports according to Bloomberg. Without pipeline access to coastal waters, however, there’s no quick way around the bottleneck or the lower prices those refiners are willing to pay.

Although the average discount over the last two years (ending April 2014) was $23 US, the discount for Western Canada Select peaked at $46.54 a barrel less than Mayan crude delivered to the Gulf Coast in December 2012. The lowest gap between Western Canada Select and Mayan crude was about $8 — which is more or less the true cost difference between those two products once pipeline transport costs for Canadian oil are factored in.

The study, in an investment strategies guide for Bloomberg Markets magazine, indicates that oil traders have bet that the discount will persist at least through 2018.

Canadian producers have been scrambling to find ways to get oil to tidewater so they can leverage a better price. The Keystone XL project would connect Canadian producers to refiners on the U.S. Gulf Coast, for example. 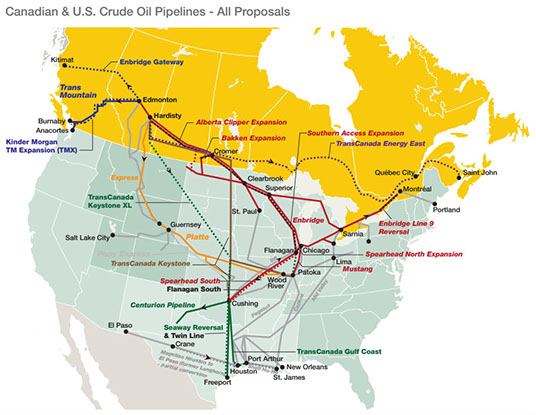 In British Columbia, the multi-billion-dollar Enbridge Northern Gateway and Trans Mountain Expansion oil transmission pipeline projects would also create leverage to escape the discount. Both projects would carry Western Canadian oil to the Pacific coast for export to Asia — and to heavy oil refiners in California whom Bloomberg said would “welcome an additional source of crude oil.”

In the longer term all three projects — and others as well — will be necessary to support expanded production from Canada’s oil sands. In early June, the Canadian Association of Petroleum Producers stated in its annual crude oil forecast that total production will increase to 6.4 million barrels per day in 2030 from 3.5 million barrels in 2013.

Developers of Northern Gateway and Trans Mountain Expansion Project estimate that the projects would generate thousands of jobs and billions of dollars’ worth of economic activity in B.C., during both the construction and operations of the proposed pipelines. 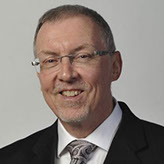 Scott Simpson was an award-winning reporter/columnist/editor at the Vancouver Sun from 1981 to 2013, including a 10-year stint on the energy and mining beats. Other topics that interest Scott include innovation, technology, environment, transportation, government affairs, fisheries, and aboriginal relations.