Happy Earth Day! The world is going to hell!

This note of pessimism sums up how many people feel about where the world stands today in regards to the environment and our planet’s future.

It seems like not a day goes by where some news development appears to stoke this viewpoint, which has been characterized by one headline writer as “people-are-bad environmentalism". Whether it is the latest scientific data on climate change, or just a heat wave (or cold snap), the ensuing sense of creeping climate panic after seeing the news is one we are all familiar with.

In this setting, a group of scientists launched a bold new project last week that may come to mark Earth Day 2015 as a turning point. It is driven by the new movement called ecomodernism.

An ecomodernist is somebody who believes that humans have what it takes to sustain a modern, resource-rich existence while also respecting the environment.

In the few days since it launched, the new movement and its website ecomodernist.org have created a huge media buzz, with highly respected outlets such as The New York Times, The Globe and Mail, and Nature finding much to like about ecomodernist precepts.

New ideas like this take hold quickly because they tap into deeper social forces, and that is true of ecomodernism.

Though I did not fully realize at the time how things would develop, these forces were at work when I launched the Resource Works Society shortly before Earth Day 2014. Along with other Resource Works supporters, I had become increasingly frustrated at the disproportionately large influence of extreme viewpoints in the public discourse.

When it comes to key environment-economy issues, there is too much at stake for them to be determined by small interest groups. They are rightly the domain of all citizens and we need better methods of channeling the majority voice.

As it turns out, the time was right for Resource Works. We very quickly become a rallying point for a growing consensus in British Columbia (and beyond). We are now building a social movement of 100,000 supporters willing to show politicians that their views count.

Many people I encounter in British Columbia are swayed by the idea that smart people armed with science and technology can work to ensure that, in the words of the Ecomodernist manifesto, "both human prosperity and an ecologically vibrant planet are not only possible, but also inseparable."

We want to make a difference in tangible, local ways – maybe it is joining wetland conservation efforts like tree planting or erecting bird houses – while also doing the right thing globally. 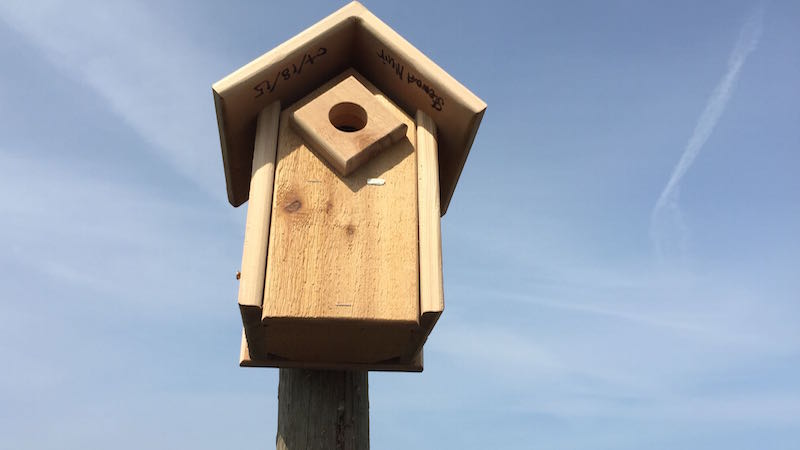 Increasingly it is women, often in resource-related occupations but lots of other callings too, who are raising their voices about the need for a more productive conversation.

Case in point is the breakthrough sheTalks Resources conference in Vancouver on May 4 where a volunteer team is organizing a timely sharing of ideas and stories.

Questions that ecomodernists are grappling with today include:

Though you may only now be hearing the term, ecomodernism is deeply rooted in what many people see as plain common sense. Some have called the movement centre-left, yet it seems to be drawing support from a broader spectrum than that.

There was already some indication that the time had come for such a development.

Recently, Resource Works canvassed public viewpoints to learn what broad streams of thought people were embracing. To our surprise, nearly two-thirds of people identified with the values behind ecomodernism.

This is what we found: 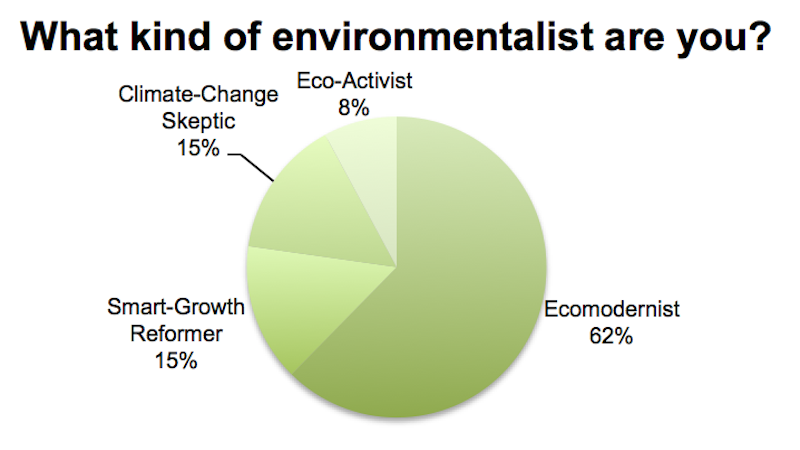 Though it is a relatively small sampling based on an online poll, the results actually do support previous, statistically valid, expert work we commissioned that suggests there is generally about 15 per cent of the population at each end of any environmental issue, flanking a broad middle of 70 percent that never gets in the headlines.

So while we hear a lot about the 15 per cent of eco-radicals, and their polar opposite, the climate-change deniers, in reality it is those sloggers in the middle, the ones building the careers and raising families, who count most. These people are onlookers much of the time, rather than activists, but (as politicians understand) on voting day they do become drivers of public policy.

It can often seem like those of us in the middle are conflicted about our views. For example, about 70 per cent of respondents to our recent poll by Ipsos Reid believed it is possible to create green jobs and at the same time grow the green economy within the natural resource sector.

Seventy per cent of those sampled viewed natural resource development as good for the economy.

Where we discovered there is work to be done was on the question of whether innovation and sustainability are valued as highly as they ought to be in the resource sector. Almost one-half thought society was on track, but those who disagreed or were undecided made up the the other half.

Should the concepts behind ecomodernism take hold with the broad, middle-ground group, we could be seeing a dramatic shift in public discourse.

It’s a given that the world will continue to need material goods and that those goods will have to come from use of natural resources. There is no other source of goods, and consumers are not going away.

A foundational premise of the Resource Works initiative is that original research, paired with effective communication of that research, is one of the ways that an improved “middle ground” conversation can take place on how our material life can be supported while respecting the environment.

Ecomodernists have a strong claim to represent the middle-ground, majority view. As we celebrate Earth Day, the stirrings of a new and potentially influential movement may help to galvanize the majority to pay fresh attention to environmental issues and motivate us all to look beyond the conflicts so we can focus on practical solutions to the monumental challenges of our times.