Putting a face to the pipeline – one company's story

Resource Works met the founder of a B.C. family business, Surerus Pipeline, that is tooled up and ready to proceed with twinning a section of the Trans Mountain Pipeline. 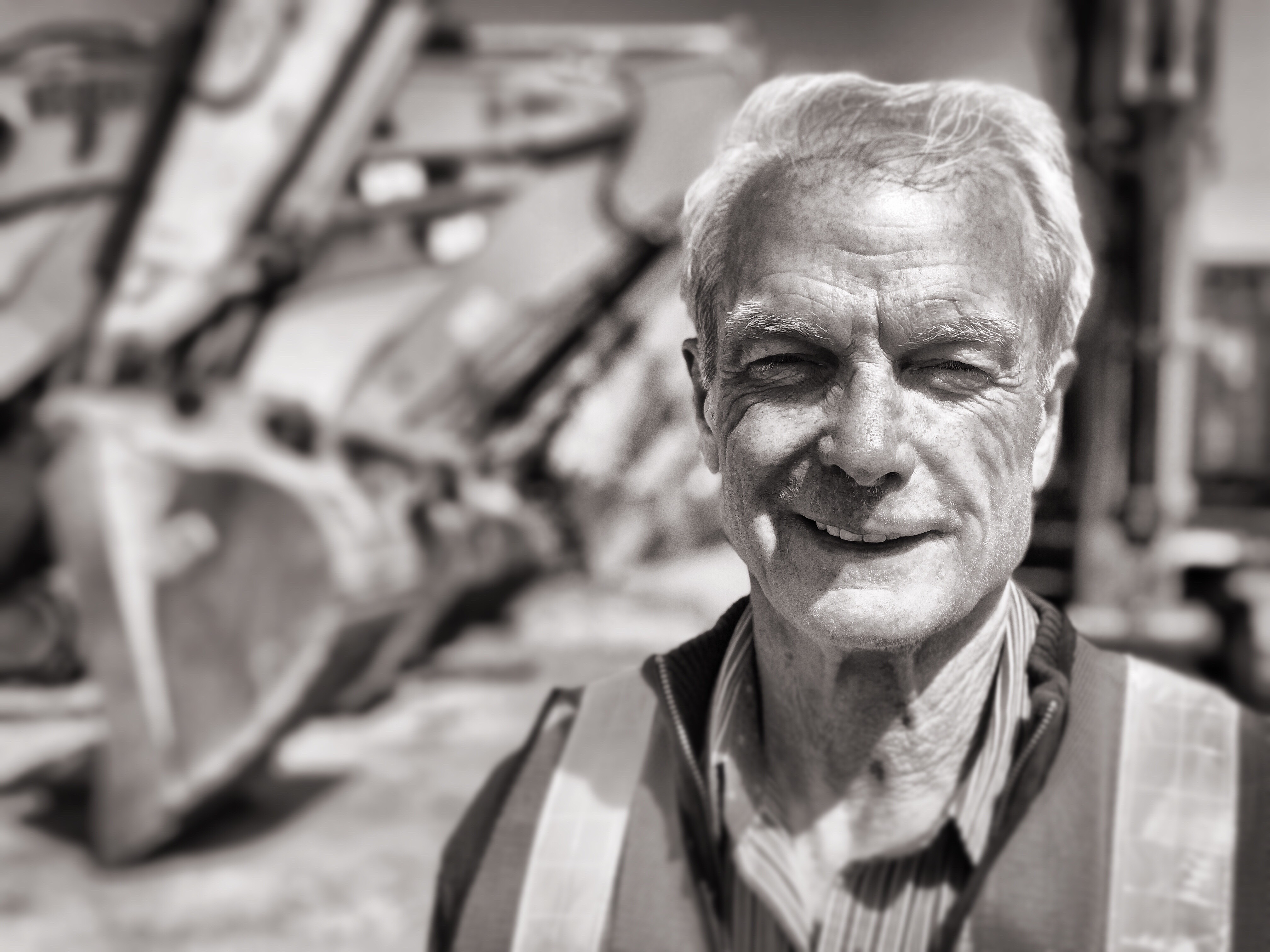 Brian Surerus arrived in British Columbia's Peace River country with 20 bucks in his pocket as a 17 year old. Over the subsequent decades he built a reputation as a smart businessman and ingenious pipeliner capable of solving any problem thrown his way.

He recently handed the reins of his family company, Surerus Pipeline, over to his son Sean, who was named company president in February. If Surerus was a Vancouver company, it would rank as an establishment firm with general name recognition among the business community and many members of the public. That's not the reality. As is often the case with the rural-based businesses that are the quiet engine of the British Columbia economy, relative obscurity, rather than celebrity, comes with the territory.

On a tour of the Surerus operation in Fort St. John, the company founder soon revealed the satisfaction he still takes in the business.

Surerus Pipeline is among eight contractor groups who will lead construction of the pipeline project, which is divided into several sections, each known as a spread. The company is a partner in Surerus Murphy Joint Venture (SMJV), to build Spread 5A, the portion of the TMEP right-of-way from Black Pines to the Coquihalla Summit in BC.

On a Saturday morning walking tour of the 93-acre Surerus equipment yards inside Fort St. John city limits, Brian showed us an immense variety of heavy equipment, much of which is standing ready to be moved into position to tackle the spread. To the untrained eye it might seem like just a collection of similar yellow-painted machines. What we learned was that every piece was different, even the ones that looked that same, and in many cases there was an interesting backstory of ingenuity, adaptation and investment to meet the demands of some particular problem Surerus had had to overcome.

Of course, we asked Brian if current uncertainty over the pipeline's fate was a source of concern. His stoic reaction gave little away, except to confirm that this veteran of building infrastructure in some of the world's most challenging terrain has seen it all.

Among the challenges of Spread 5A are rocky and mountainous sections with steep slopes and areas with restricted access. Contractors will have to thread the new pipe past existing infrastructure including telecoms, water, sewer and other pipelines. This Google map shows that route if you were driving: 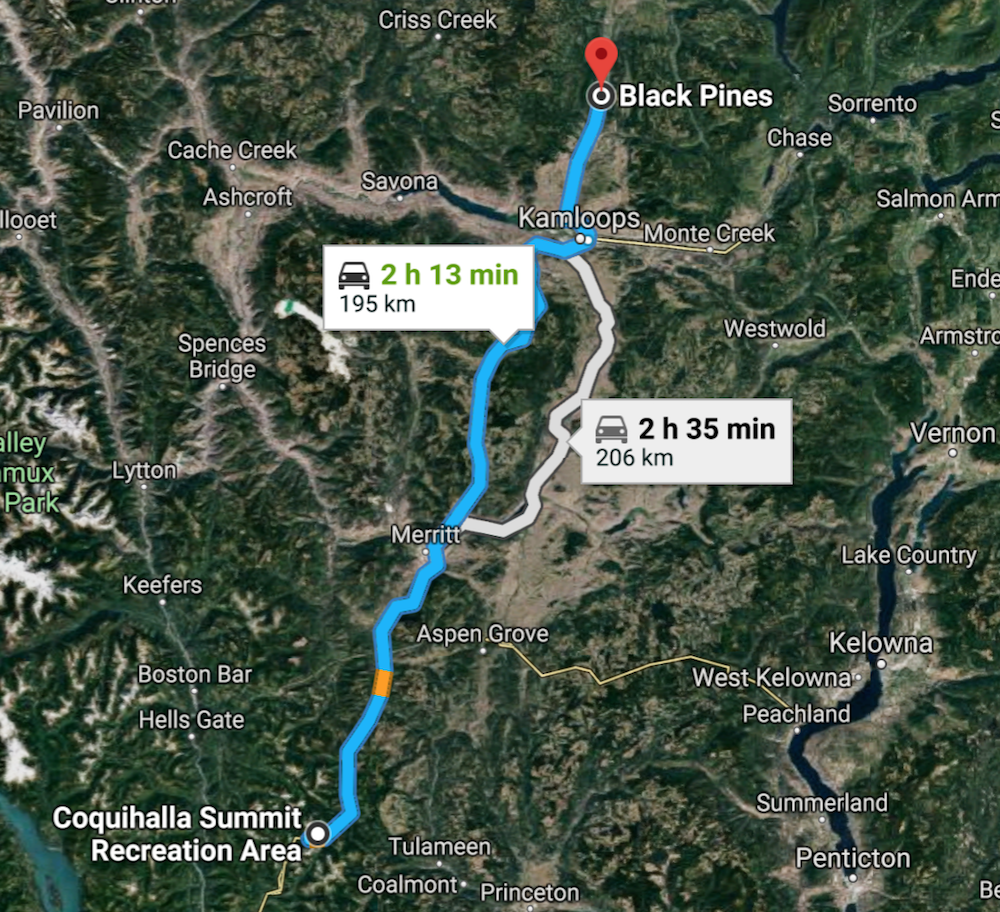 Conventional excavation methods will be ineffective in much of the terrain and call for sawing and blasting through solid rock, while also ensuring that requirements to protect the environment are satisfied. Trenchless construction methods are required to cross under railways, highways and major roads. Crossings of the Thompson, Coldwater and Nicola rivers call for horizontal directional drilling that allow the pipe to pass beneath without damaging salmon habitat.

When you talk to local Fort St. John residents about Surerus Pipeline, they are more likely to refer to the company's local philanthropic activities than its work using monumental machines to create safe conduits for oil and gas to be moved.

Walking around the yards, Brian gave us a quick education in the specialized functions of a bewildering array of pieces. At one point we paused for closer examination of what seemed like a fairly innocuous flatbed trailer on which sat a large excavator arm. The trailer turned out to be one of Brian's prouder creations, due in part to the use of a "trombone" articulation that allowed for the rig to be extended as required: the only one of its kind of the world. And how was it designed? "On the back of a napkin," said Brian, with evident pride. The finished product, like so many of the modifications we saw, had been created by skilled craftsmen in the company's workshops.

The Surerus yard also stands as evidence that when we talk about energy today, whether it is drawn from hydrocarbons, water or wind, what we're really talking about is the application of human ingenuity to the problem of meeting human needs.

Minerals, natural gas and oil don't simply pop up from the ground. They are the creations of human effort. Those who bemoan the shipping of what they deride as "raw" resources are missing the point. Those resources have to be found, described, extracted, processed, marketed and safely moved. Such activities create immense economic value, and because they are drawn from the land they are Canada's alone to apply to Canadian resources. That cannot be said of most other components of the economy, which are subject to globalization forces that defy geographic boundaries.

A pipeline is not merely a conduit. It is an inseparable part of the value added to Canadian crude oil on its way to market. International energy importers are increasingly inclined to evaluate the environmental integrity of their crude oil imports, for example through the United Nations Sustainable Development Goals (SDG) framework. By meeting and exceeding these goals, Canada is positioning itself for long-term success as a responsible exporter of crude oil. When local companies like Suserus Pipeline are the ones doing the work, it's even more of a positive outcome.