Protest groups continue to exclude Indigenous rightsholders from a narrative that was already weak on facts, writes Josiah Haynes. 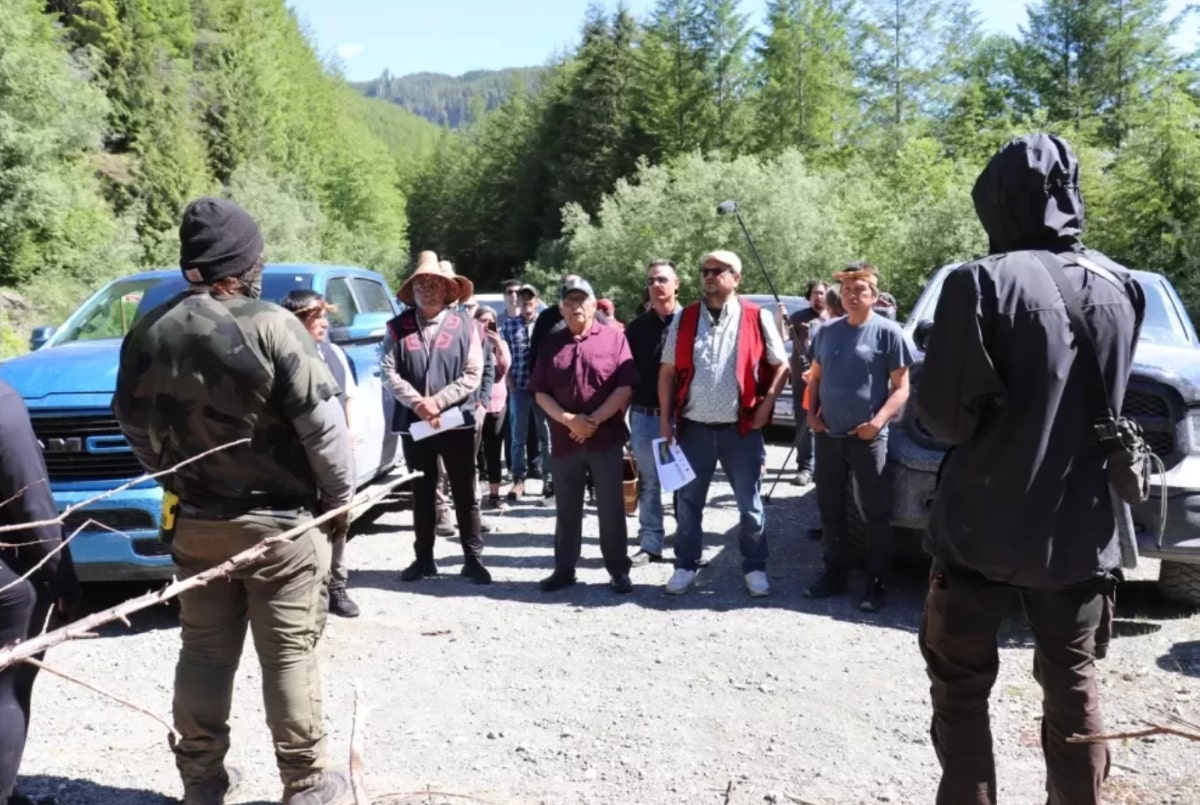 The ‘cannon fodder’ arrested at Fairy Creek in 2021 have seemingly had enough, failing to show up this year in large numbers – perhaps after realizing they were being spun a false narrative.

Instead, we see angry comments on social media about how donated funds have disappeared, allegations of sexual impropriety, and disillusionment about claims that have been proven false. There’s a sense of betrayal online.

One thing that did continue was the violence – even without large numbers of protestors, someone was in the woods spiking trees, vandalizing helicopter pads and plugging culverts in an effort to cause roads to wash out.

What also continues is the movement’s eco-colonial approach with local First Nations.

Earlier this week the Sierra Club issued a media release announcing a record number of ‘land defenders’ arrested at Fairy Creek were in court. Once again, the Sierra Club refers to the protests happening on the traditional lands of the Pacheedaht and Ditidaht First Nations. Over and over again environmental organizations have characterized their actions as Indigenous-led and in defense of First Nations rights, whether at Fairy Creek or elsewhere.

The Sierra Club entirely ignored the reality that local First Nations leadership, both elected and hereditary chiefs, have asked protestors to leave their land in seven written statements, repeatedly and over many months.

Questions of authenticity and legitimacy come to the fore on closer examination of this issue. Whatever one might think about it, the fact is that three local First Nations found it necessary to get together to push back against radical eco-colonialists who were seeking to foist an unwanted and ill-informed outside agenda on them. It didn’t help that those same outside interests were seen as falsely claiming to represent local Indigenous interests.

Chief Robert Dennis of the Huu-ay-aht, the third local First Nation in the region that asked protestors to leave, explained the problem in terms of racist attitudes among the protesters.

“For years we’ve been subject to colonial policy,” Chief Dennis told online publication The Narwhal at the peak of the pandemic.

“Now I’m seeing some outside force saying, ‘oh you know what, we want to halt old-growth logging. And when we do that we want to halt the First Nations’ rights to harvest cedar for cultural purposes …  we want to infringe on their Treaty Rights …  I’m seeing systemic racism continuing.

That is an extremely concerning claim. Remarkably, there is no evidence that any of the pressure groups continuing to push the Fairy Creek narrative have made the least effort to reflect on this. Organizations that are accountable would not leave it unexamined. Instead, some continue to misrepresent themselves as defending those First Nations – the very ones who have repeatedly asked them to leave.

Key questions have rarely been asked about the 2021 protest surge. Where did all the protesters come from? Why were they there? What were they told? Did they understand the consequences of disrespecting local rightsholders, or even know that this is what their actions amounted to? Do they understand the gravity of ongoing actions that many First Nations see as racist?

That this is an issue should not surprise the Sierra Club. In 2019, the organization ran a process looking at its own approach to First Nations rights, then issued a statement acknowledging its “history of advocacy for the creation of parks and protected areas largely disregarded Indigenous governance and jurisdiction over their territories.” In many cases, when parks were created following the Sierra Club’s advocacy “Indigenous peoples were forcibly removed from their land.”

Of course, the Sierra Club promised to do better.

And then, this week, Sierra Club issued a media release that disregarded Indigenous governance, trying to garner media coverage (and no doubt money) by lionizing people facing the music for repeatedly violating the law, including committing acts of violence. Sierra Club has been supporting those who are ignoring requests from local First Nations that they leave while presenting themselves as defending their land.

It’s a familiar trope: plucky underdog protesters band together and force governments and big business to do the right thing. Except that’s not remotely close to the actual story in the case of Fairy Creek.

First Nations’ rights and requests aren’t the only inconvenient truths ignored. While they argue BC is not doing enough to protect old growth, there is plenty of evidence that forest management in BC is actually in danger of deferring too much old growth. Nonetheless, the BC government is taking incredibly strong action to advance its approach even further.

More than half of the old growth in Tree Farm License 46 (TFL 46), of which Fairy Creek is a part, is protected, part of a vast network of significant old growth areas protected for values such as wildlife, water, and biodiversity. The Fairy Creek watershed itself is protected – most of it since long before protestors showed up. Huge areas of the TFL were removed and made into parks in the 1990s, the best-known of which are Carmanah and Walbran (now a provincial park just west of the current TFL boundaries).

It remains to be seen where the Vancouver Island sentencings go from here. Will jail sentences mean that protest backers grow fearful that their favoured tactics are becoming less effective, and make them ready to explore more alarmist claims and radical actions?

Whatever the case, the environmental movement must ask itself tough questions. Do they tacitly approve of the use of eco-colonialist methods if they are seen as advancing a larger agenda, as Chief Dennis exposed? Now would be a good time for groups like the Sierra Club and Wilderness Committee to review how their advocacy is done so that it truly respects and meaningfully engages with affected First Nations.

Will the exceptional circumstances of the 2021 pandemic year prove to have been a passing fad? One hopes so. There is important work to be done arriving at balanced solutions based on fact and real dialogue that include everyone – a worthy alternative to another round of self-serving soundbites from those with the biggest megaphone.

Josiah Haynes is Resource Work's content director and a passionate advocate for economic reconciliation and empowerment through partnerships involving responsible resource development. Find him on LinkedIn and Twitter.