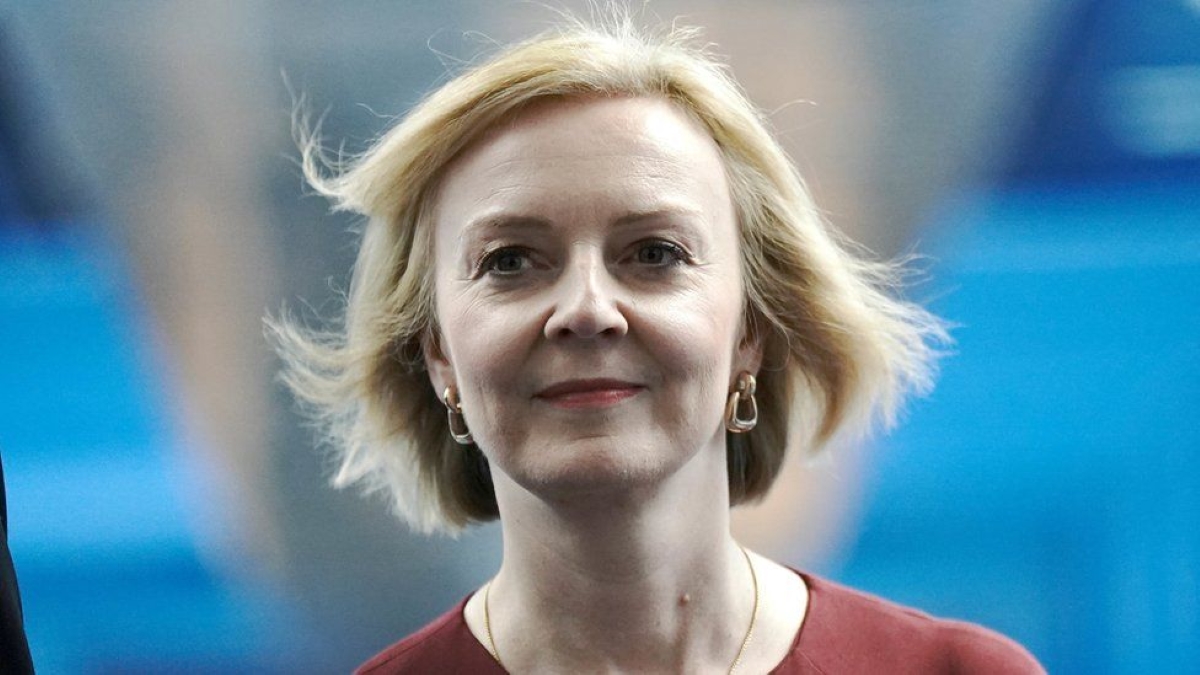 Russia is waging economic war on Europe, the British pound is crashing, and political realignment is in the winds.

How bad can it get?

While the loss of a monarch in recent weeks certainly hasn't helped matters, the pound crashing is another casualty brought on by the Russian invasion of Ukraine and the glaring holes in Europe's energy infrastructure that it has exposed.

Formerly Europe's single largest natural gas supplier, Russia is now barely sending anything. What little is being exported to the continent is mostly to Southern Europe along other routes. In the latest tale in the saga of what can only be described as Russia's economic war on Europe, the Nord Stream pipeline system built to bring the fuel to Germany has mysteriously ruptured following two explosions, which Denmark and Sweeden are calling acts of sabotage.

The European energy supply has experienced a real crunch because of the war in Ukraine, leading to skyrocketing energy prices for families and businesses from Budapest to London. Many have been unable to absorb those costs, leaving governments scrambling to provide cover, lest whole economies tank.

A month ago, energy analysts were predicting a massive subsidy coming down the pipe, and that's exactly what has happened in the UK. Now, not only has the newly-minted government of Prime Minister Liz Truss announced huge measures to curb energy costs through price caps of dubious merit, but it has also taken steps to drop tax rates. Their logic is that stimulus might help prevent the economy from further cratering.

Lower taxes do mean more spending. And more spending actually means inflation on top of all the inflation arising from the rising price of just about everything. These tax cuts have been called everything from "moronic" to "inept madness." The Bank of England, which like most central banks has the responsibility of mitigating financial catastrophe, has pulled out all stops, temporarily buying an unlimited quantity of government bonds to "prevent disorderly trading from destabilizing the British economy."

We'll see how this ends in the coming months. If Truss's bet pays off, short-term shocks might give way to better long-term results. But the situation for most Britons is clear: it's going to be a rough ride. Everyday life is about to get dangerously expensive, and it's small business owners and the working poor who will see the real pain. This will inevitably have consequences for incumbent governments and political establishments.

If an election were held today, recent predictions based on September polling show the Labour Party achieving a shocking 220 seat lead over the governing Conservatives. In Italy, the energy crisis, which many Italians view as arising from policy decisions made in Brussels, has been an undeniable factor in the rise of the political right and the election of Giorgia Meloni as Prime Minister.

In an effort to help our allies suffering under the yoke of domestic energy blunders and Russian exploitation, the United States is diverting all the natural gas shipments it can to Europe. Canada, meanwhile, is looking at longer-term bets. Despite German Chancellor Olaf Schultz coming to Canada last month with a proverbial cap in hand, his efforts to secure more natural gas from a major producer were soundly rebuffed. Somehow, the leading story coming out of that discussion was about hydrogen. And let me be clear: examining new fuels and seeking to get them to market is a good thing. It is a necessary step forward. But it is a muddled response to an immediate problem in a world where fossil fuels are still king.

Recently, Europe’s energy-intensive companies have begun to close their doors in response to high energy prices. As a result of high gas and power prices, dozens of plants across a wide range of industries, including steel, aluminum, fertilizers, and the power industry, have had to close up shop. That has global consequences. There must be global solutions.

Tragically, Canada is not in a position to be of much help.

Far from having the means to solve Europe's energy woes, Canada is not even energy self-sufficient due to a severe lack of national pipeline infrastructure. This, in turn, is due to an overly burdensome regulatory environment that has seen many a project cancelled in recent years, including Energy East, which would have delivered Canadian fuel to the east coast and Atlantic allies.

What we export, we export almost exclusively to the United States, from which central and eastern Canada also import their energy — in addition to the Middle Eastern tankers that wind their way up the St. Lawrence. The Trans Mountain Expansion Project nearing completion will be our first major oil pipeline capable of much needed overseas export capacity.

Similarly, having fallen behind Australia and the US in the first LNG boom, Canadian LNG export facilities are only now underway. Nearly complete, LNG Canada will be the country's first export facility, fed by the Coastal Gaslink natural gas pipeline. These and other BC projects in progress will help meet global energy demand by supplying Asia with cleaner fuel than currently offered by its coal-reliant energy mix, but surely there is more we can do for our European allies.

There are valuable lessons for Canada to learn from Europe:

Europe's woes are not likely to be a blip: they are the result of changing geopolitical realities and an entrenched and easily exploited energy insecurity. If Canada wants to be a reliable ally and friend tomorrow, it must overcome its own energy issues today.

Margareta Dovgal is the managing director at Resource Works. Follow her on Twitter and LinkedIn for more hot takes on natural resources and making the world a better, more secure and prosperous place.