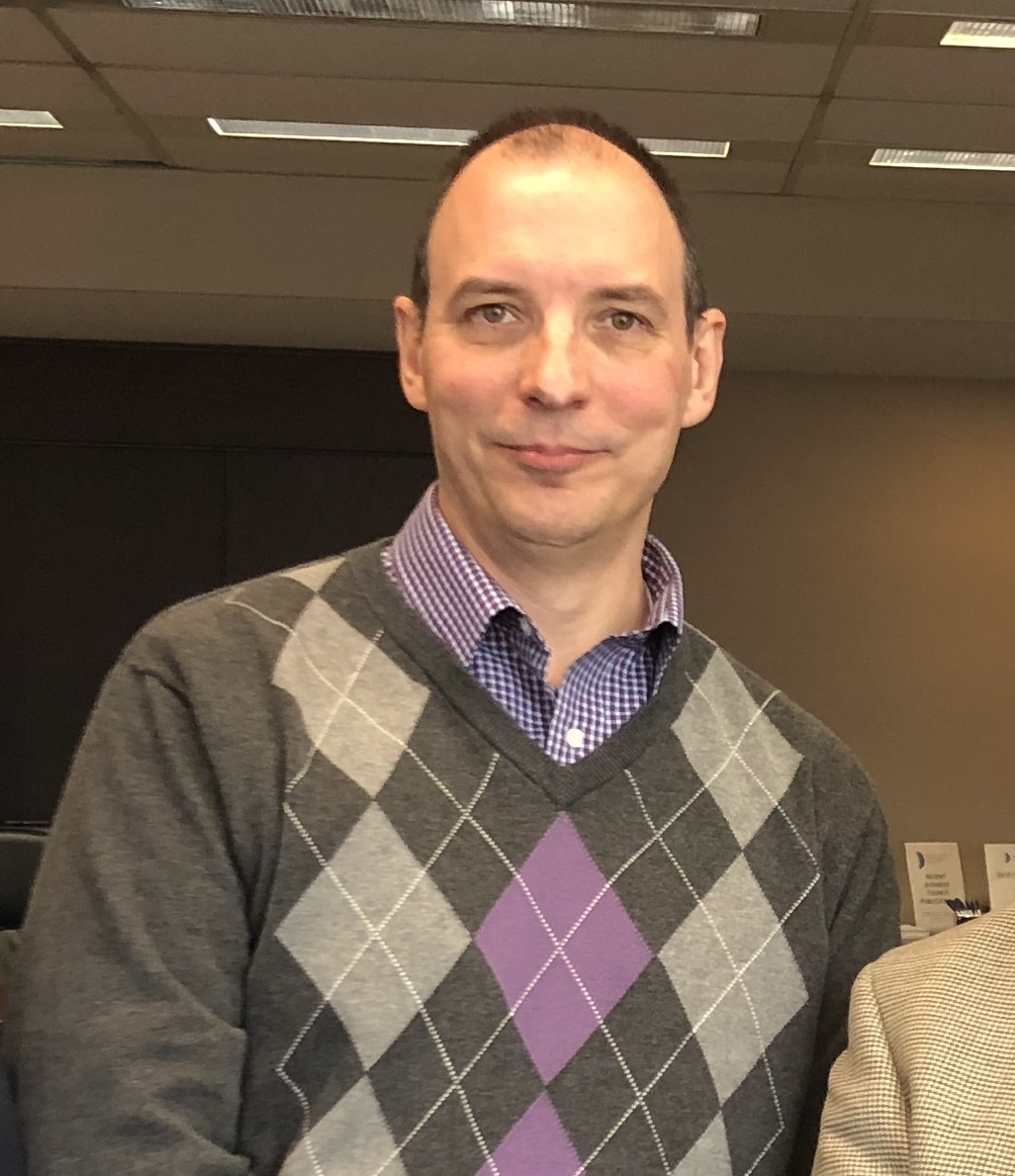 In the last couple weeks the campaign against the Trans Mountain Pipeline Expansion (TMX) project has been turned up to 11. My social media feed is full of claims like: “100+ economists sent a letter to @JustinTrudeau confirming that #TMX pipeline is massive boondoggle putting billions of tax $$ at risk.” Needless to say, the letter was not signed by “100+ economists” unless you define “economists” to consist primarily of individuals with no credentials or practical experience in the academic field of Economics. Rather, it was signed by a handful of economists and a lot of anti-TMX activists.

One of the major arguments by the “economists” in their letter (and other activists like Tzeporah Berman) is that there will be no demand for Alberta’s oil in a post-pandemic world. More specifically, the letter argues “decline in world oil markets and the escalating construction costs have undermined the viability of TMX and put taxpayers’ money at risk“.

As I will explain in this blog post, the Canadian oil sands industry (producing heavy oil at low cost from facilities with low depletion rates) makes the TMX a good investment in a world with plateauing and/or decreasing oil demand.

To understand why oil sands are a good bet you must first understand the concept of oil field decline and depletion. Put in the simplest terms: oil fields don’t last forever. Each oil field has a finite supply of accessible crude and from the day they start pumping every field has a limited lifespan. Some oil fields (particularly the big Saudi fields) have huge supplies that have lasted for decades and will be there for decades to come. But those fields are the exception, not the rule. As Terry Etam explains:

Yes, you read that right, a shale well can lose 20% of its production in one year. In order to maintain production, at existing rates, new wells have to be drilled pretty much constantly and through the Covid period that has not been happening.

Meanwhile, on the international front, the majors and super-majors have significantly cut back on their exploration and development budgets and have put major projects on hold. What does this mean to oil sands producers?

Well contrary to the activist claims, it is good news for the Alberta oil sands. Unlike their competitors, oils sands projects have very low depletion rates with very low break-even points. As IHS Markit puts it:

Even in a low price scenario that sees upstream investment fall sharply, production from Canada’s oil sands does not. Output remains stable and companies would chip away at costs over time, experiencing more production gains by upgrading existing facilities. This scenario is a reminder about the unique nature of Canada’s oil sands. “The absence of meaningful [production] declines makes a future without oil sands growth difficult to see.” [emphasis mine]

As noted in that report, much of the existing oil sands production is profitable at prices over $25/barrel while CNRL recently reported their mining and upgrading operating costs declined to a record low of $17.74 barrel. In a world where the drop in supply is expected to exceed the drop in demand, existing oil sands projects, with their low depletion rates and low break-even costs, will be ideally situated to meet the world’s future oil needs, especially since the oil sands produce heavy crude.

On the particular value of heavy crude

You might ask why I emphasize the importance of “heavy crude” since the activists like to claim that heavy crude is inferior to light crude. That is a common misconception.

Heavy oil is neither better nor worse than light crude. They are distinct products that have similar, but not the same, markets. Heavy crude needs to be refined in specially designed and built high-conversion refineries. These high-conversion refineries include expensive cracking and coking units, designed to break down the longer and heavier hydrocarbons into the smaller units used in gasoline, kerosene and diesel.

This difference is called the “coking margin“. For the last couple decades the coking margin has exceeded the “crack spread” [the difference between the input costs and output value in a typical refinery]. As described in this document for the 10-year period between 1995 to 2005 the USGC Maya coking margin averaged $3.63 per barrel above the average of crack spread of $3.46 per barrel. That number has only increased in the intervening decades. That is why so many refinery owners have invested to increase the complexity of their refineries.

To explain the jargon, the Nelson Complexity Index is a measure of the sophistication of an oil refinery, where more complex refineries are able to produce more heavily refined, and valuable, products from a barrel of oil.

Having invested heavily into building these complex refineries, the owners will pay to get the heavy oil that optimizes their returns. This is why the light-heavy price differential has mostly disappeared in the last couple years.

As for the supply side of the equation, for decades Venezuela was a major exporter of heavy oil but thanks to bad government and lack of investment Venezuela has dropped from exporting close to 3 million barrels a day in 2000 to nearly zero in 2020. That 3 million barrels a day is almost 6 times the volume that can be moved in Line 2 of the TMX. Now let’s look at what has happened on the demand side for heavy crude.

One of the most bizarre recent narratives presented by the activist community is that there is no market for diluted bitumen in Asia and that Asian refineries can’t refine dilbit. This is entirely untrue.

Historically the American Gulf coast refineries have been the pinnacle of refining complexity. This is no longer the case. As presented in this document these days Asian refineries are approaching the complexity of the US fleet. 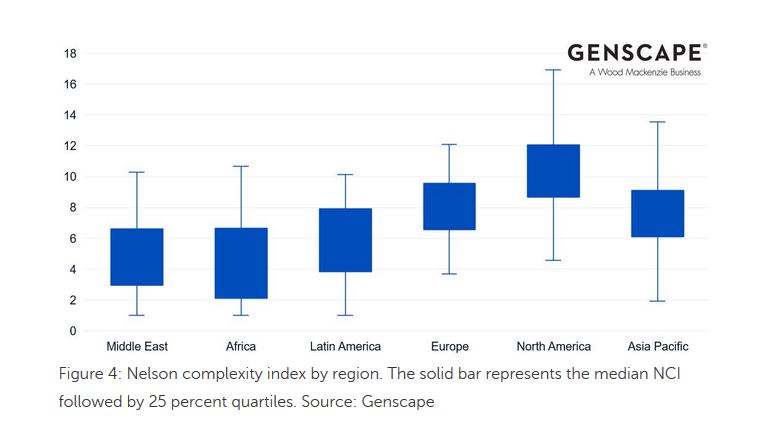 Many of the region’s refineries are new and are optimized to process heavy and sour crudes.

So, contrary to what the activists have to say Asia has a lot of refineries that can refine heavy oil. Want some numbers? According to GlobalData:

Finally as described in another report:

GlobalData’s report ,‘Global Refinery Coking Units Outlook to 2024 – Capacity and Capital Expenditure Outlook with Details of All Operating and Planned Coking Units’, reveals that Asia’s coking capacity is expected to increase by 374 mbd, from 3,489 mbd in 2020 to about 3,863 mbd by 2024

Look at those numbers. Asian refineries can refine over 8 times what Line 2 of the TMX can supply to Westridge Marine Terminal for export.

Let’s summarize the case for the TMX: currently the crude oil market is expected to plateau and then drop. However that drop is not expected to be as steep as the ongoing drop in supply associated with global oil field decline and depletion. Historically, this decline and depletion of existing oil fields has been counteracted by increased investment in exploration and development in the upstream sector. Except most of the majors and super-majors have significantly decreased their investment in exploration and development of new oil fields. The result will be a global decrease in access to new oil fields and in particular to heavy oil. Meanwhile, global refinery owners have spent billions of dollars upgrading their facilities…facilities optimized to refine that increasingly hard to get heavy oil.

Into this world of demand outstripping supply for heavy oil comes the TMX. The TMX will allow Alberta to ship highly desired heavy oil from oil sands facilities that have very low depletion rates, with very low break-even points, to motivated buyers with custom-made facilities designed specifically to refine those heavy crudes. This represents an ideal scenario for Canadian producers. They will have motivated buyers seeking a steady supply of highly-prized oil located where transportation costs to Asia will be minimized, all during a period when global demand for heavy crude is expected to increase. Even in a decreasing market, the strong demand for heavy oil will keep Canadian oil at the top of the order sheet. So much for that letter by those “economists”.

Blair King is a professional chemist and a resident of the Township of Langley, British Columbia. This article first appeared on his blog, A Chemist in Langley.