It's the imbalances that are hurting climate progress for Canada

Trusted and efficient carbon pricing is fundamental if we expect industry to maintain committed to jobs in Canada. There are some worrying signs this is at risk. 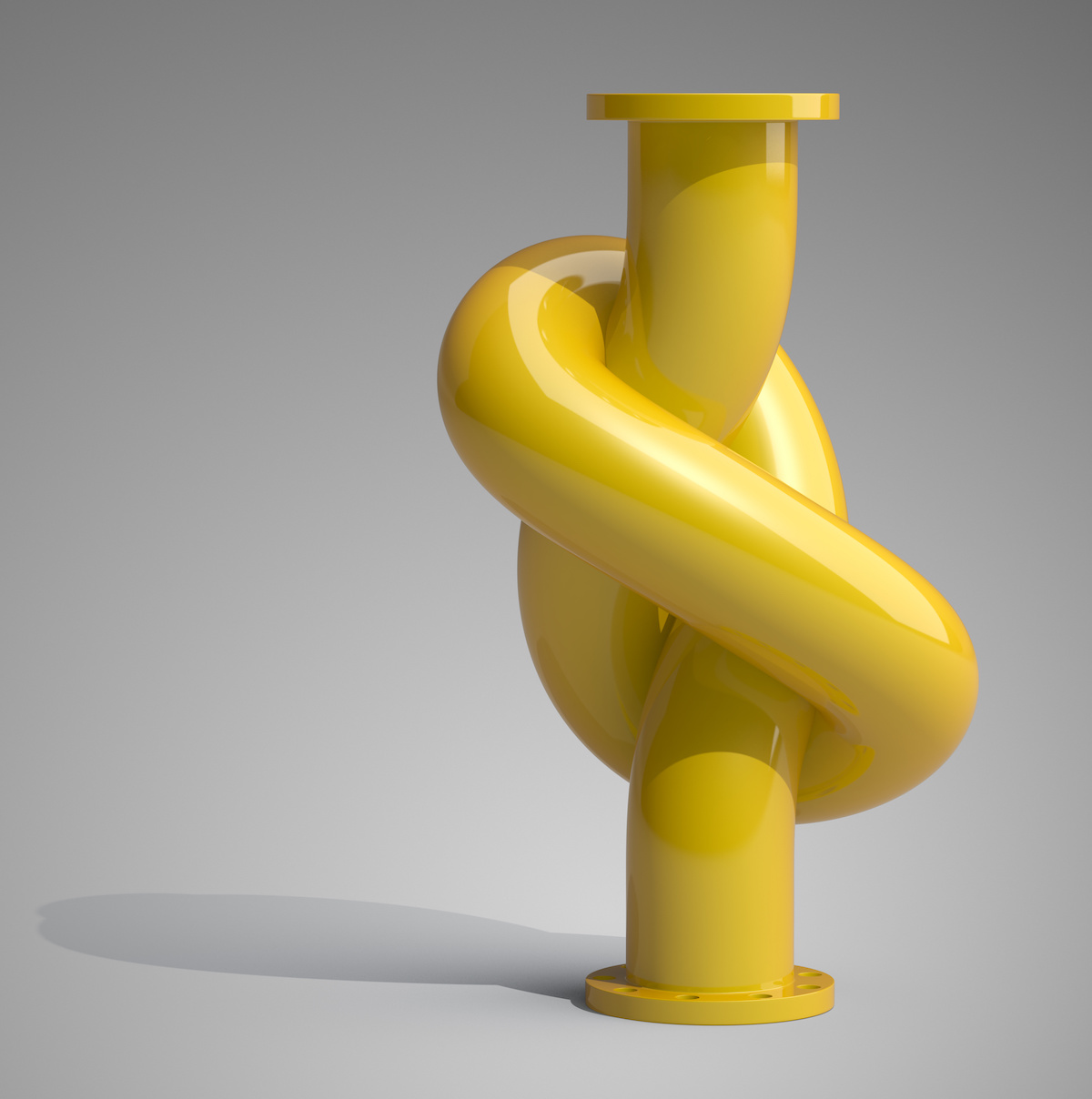 A problematic scenario awaits Canada if the United States continues to refuse a national carbon-pricing policy while our country puts a steadily rising price on greenhouse gas emissions.

Already, the U.S. is gaining both global and North American market share as a supplier of energy. That includes more exports to Canada. According to Statistics Canada:

Imports of natural gas from the United States rose 54.7% compared with April 2016, to 98.0 million gigajoules. The Daily

Those imports enter Canada without any carbon taxes against them, giving them a huge advantage competing against domestic natural gas which does face carbon taxes.

Donald Trump's America First policy is clearly working. His crude oil exports are surging. Meanwhile, Canada remains stalled in reaching offshore markets because of glacially slow regulatory processes that are not competitive with those to the south.

The latest numbers from Statistics Canada are pretty shocking. In 2016, Canada imported over $14 billion worth of foreign crude oil, most of it from the United States. (Investigate the data for yourself here.) Meanwhile, domestic carbon tax policy effectively discriminates against Canadian jobs by making local energy supplies more expensive to produce. Only in an environmentalist fantasy does making Canadian oil and gas more costly make Canadians better climate citizens. 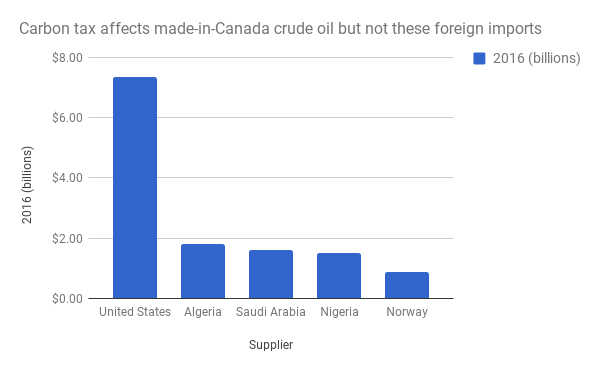 In British Columbia, carbon taxes applied unevenly mean up to $50 million a year extra production and operating costs for a large company, according to the Business Council of British Columbia. As these costs are further increased, keeping these businesses from leaving Canada, taking high-paying jobs with them, will become more and more challenging.

Some countries, like Japan, are getting smart about this. Japanese petroleum imports face a stiff carbon tax. 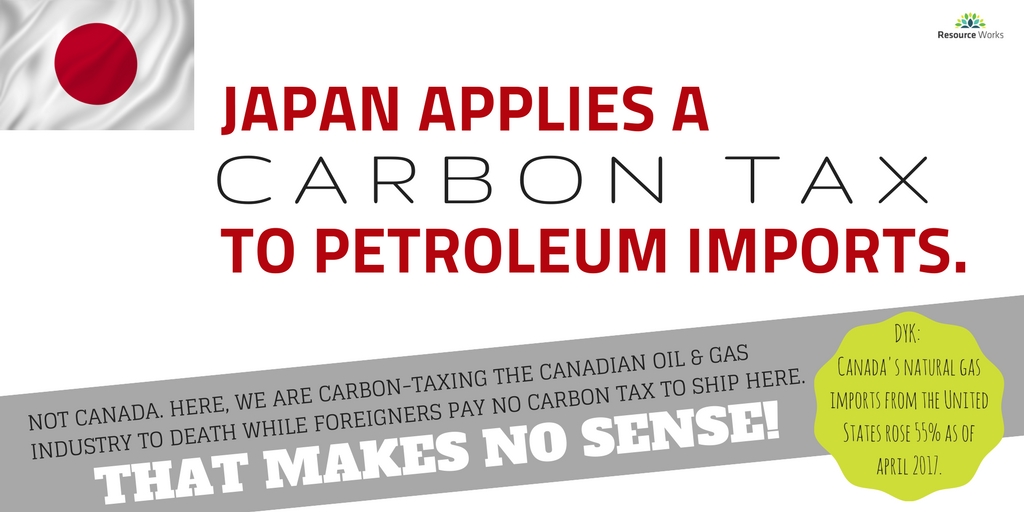 Ironically, 11 per cent of Canada's exports to Japan consist of oils and fuels. So not only are industries producing Canada's exports getting hit at home by carbon taxes: nations like the United States that compete against us for Japanese market share do not face that burden.

Taking part in international efforts to reduce GHGs is necessary. Finding an effective approach is not going to be easy.