Why the cancellation of Keystone is bad for the climate, the environment and Canada 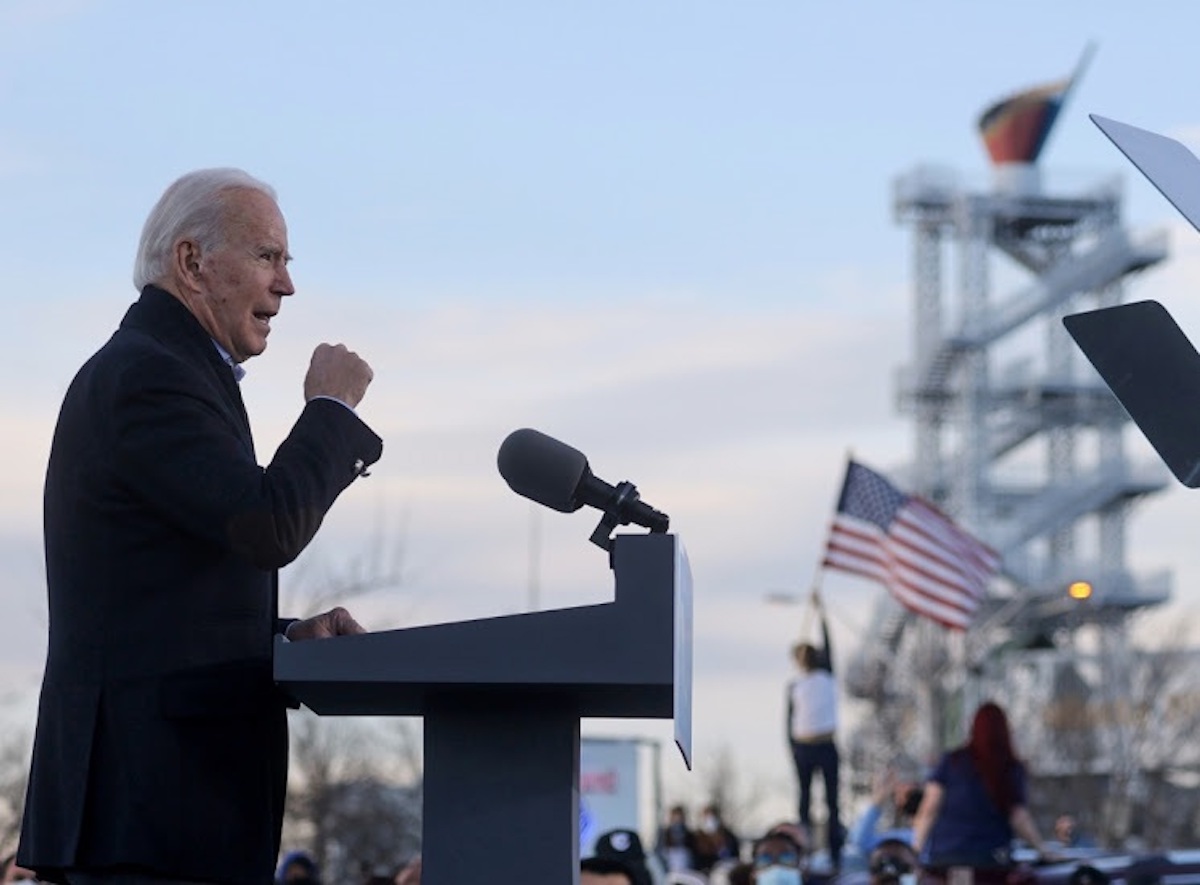 By now we all know that President Biden has cancelled the Presidential Permit for the Keystone XL (KXL) pipeline. Needless to say, climate activists gleefully celebrated the decision. But, as I pointed out, cancelling KXL will not reduce Alberta's oil production nor decrease global greenhouse gas (GHG) emissions. The cancellation of the project is a massive windfall for US refiners and rail interests; a loss to provincial and federal coffers; will increase the GHG intensity of the oil; and will increase the risk to rail communities.

The Effect of Keystone XL on Oil Sands Production

One of the big claims by opponents of KXL is that somehow the cancellation of the pipeline will reduce oil sands production. I have no clue where this claim comes from because every objective analysis of this topic has come to the same conclusion as the US government did in their 2014 Final Supplemental Environmental Impact Statement (2014 SEIS) [which was completed under the Obama Administration] or their more recent 2019 Final Supplemental Environmental Impact Statement for the Keystone XL Project (2019 SEIS). This was summarized in the Department of State, Record of decision and National Interest Determination: TransCanada Keystone Pipeline, L.P. Application for Presidential Permit, Keystone XL Pipeline:

"The actual increase in GHG lifecycle emissions attributable to the proposed Project depends on whether or how much approval and use of the pipeline would cause an increase in oil sands production. Conclusions drawn from the Department’s market review, detailed further below, indicate that the proposed Project would be unlikely to significantly impact the rate of extraction in the oil sands and is therefore not likely to lead to a significant net increase in GHG emissions [my emphasis]".

As they describe in excruciating detail in these massive assessments, oil sands projects are huge and very expensive and are deemed profitable based on the world price of oil, not the presence or absence of a single oil pipeline. The cancellation of KXL will not affect Albertan oil sands production in any meaningful sense.

The Effect of Keystone XL on climate change

The reality of the world oil market is that the US Gulf Coast has a number of highly efficient refineries that will continue to operate as long as a market for their product exists. As such, the two SEIS reports had a primary assumption that much of the oil to be shipped via KXL would be shipped to this market. The 2019 SEIS provided a number of different scenarios. For this discussion, I will use the one presented by Keystone when they submitted their permit request:

"The primary purpose of the proposed Keystone XL pipeline is to provide the infrastructure to transport up to 830,000 barrels per day (bpd) of crude oil from the WCSB [Western Canadian Sedimentary Basin] in Canada and the Bakken Shale Formation in the U.S. to existing pipeline facilities near Steele City, Nebraska for onward delivery to Cushing, Oklahoma and the U.S. Gulf Coast area".

"This SEIS estimates potential lifecycle emissions under the Proposed Action assuming that the Keystone XL Project would operate at its design capacity of 830,000 bpd [barrels per day].

Now, let’s get this clear. In the SEIS, the authors indicate that:

So you might ask how I can claim that the loss of the pipeline will not have an effect on climate. My answer is that these estimates have errors baked into them based on their age and a change in global conditions. When the changes are incorporated into the calculus, the minor increase in emissions identified in the two SEIS reports disappear. First and foremost is the dataset relied on to generate the emissions estimates. Here are the options used in the comparison:

The Canadian estimate is further detailed in the table below:

Now look at the source of those ranges. Readers familiar with my blog will recognize the most recent reference (Masnadi et al,. 2018) from my last blog post where we determined that the results were badly biased by a lack of critical data.

The challenges with the 2019 SEIS is exemplified by it showing Venezuela as having lower emission oil than Canada even though Masnadi has them much higher with a lot more uncertainty. A lot of it has to do with the earlier estimates pre-dating changes in the political/economic conditions in Venezuela (our major competitor for heavy sour oil). That estimate also ignores their significant issues with fugitive emissions of methane.

As for the list of sources for the Canadian estimates. Here are the values they use:

Note the sources. Few are recent and none include the improvements in recent years that have had the effect of lowering our GHG intensities. As reported recently:

"A new report concludes that when Alberta specific data is used, upstream GHG intensity numbers of oil sands production pathways are 14 to 35 per cent lower than previously published in Masnadi et al".

If the Canadian crude production value dropped by 35% it would be comparable with the best of the other countries. But that is not all. The assessment assumes a significant GHG footprint for operating the pipeline since the early assessments relied on a lot of coal-generated electricity. This runs counter to TC Energy’s commitment for net zero emissions for Keystone XL and Alberta’s movement off coal for electricity. Once you add up all those improvements, the minimal increase in GHG identified in the 2019 SEIS simply vanish.

Finally, the 2019 SEIS ignores what happens on the Canadian side of the border. As we noted earlier, the presence/absence of the pipeline will not affect Canadian production. That means the oil would still have to move, and instead of moving on a clean, electricity-powered pipeline to the US, it would be moving to a different market (likely China or India) and mostly by diesel-powered rail, with all the GHG emissions associated with that means of transportation.

This post is already getting long so I will be quick with the rail side since this is an easy one. As we have discussed numerous times at this blog, the alternative to pipelines these days is oil-by-rail. As the 2019 SEIS puts it:

"Thus, even in the absence of the proposed Project, crude oil that would have been transported on Keystone XL is still being and will be produced and transported to market by rail".

Oil-by-rail is less safe and has higher GHG emissions than a pipeline. These facts are incontrovertible and dealt with in the SEIS reports. With reference to what cancelling the Presidential Permit means to the movement of Alberta crude, consider that a “rail bridge” was already being planned in 2013 under the concern that KXL would be canceled. Remember, the Presidential Permit only blocks the transportation of oil in a pipeline across the border. Nothing is in place to stop oil producers from moving their product from one pipeline location to another via a rail bridge. Admittedly, doing so will increase the cost and GHG intensity of the oil but given the potential profit this project isn’t really a hard one to envision. To be specific, the 2014 SEIS calculated that the total GHG emissions attributed to using either rail or a combination of rail/pipeline would range from 28% to 42% greater (in the transportation step), than moving that same volume of oil by KXL.

As I discussed in my previous post, the cancellation of KXL will impact real Canadian GDP and employment and more importantly will decrease optionality:

A reduction in the WTI-WCS price differential of US $5 per barrel would, on average, increase nominal GDP by $6.0 billion annually over 2019 to 2023".

The cancellation of KXL will reduce optionality and will instead leave Canadian producers reliant on the aging Enbridge system and at the whims of US politicians. It will reduce Canadian GDP and move those profits to US rail firms and US Midwest refineries.

By cancelling Keystone XL President Biden will not reduce GHG emissions since the pipeline was intended to move existing production. Rather, the alternatives to KXL will generate higher emissions, at higher risk, while pulling billions from Canada’s economy. Reducing pipeline capacity will make the railways the big winners with the US Midwest refiners coming a close second as they will continue to get Canadian oil on the cheap. The loss of optionality, meanwhile, will cost Canada and Alberta heavily in loss of tax and royalty payments. Cancelling KXL is a massive windfall for US refiners and rail interests; a loss to provincial and federal coffers; will increase the GHG intensity of the oil; and will increase the risk to rail communities. Irrespective of activist claims, it will not reduce Alberta’s oil sands production and it will not decrease global GHG emissions.

As for whether the pipeline was in the US interest lets look at the final paragraph of the Department of State, Record of Decision and National Interest Determination:

"Having weighed multiple policy considerations, the Under Secretary of State for Political Affairs finds that, at this time, the proposed Project’s potential to bolster U.S. energy security by providing additional infrastructure for the dependable supply of crude oil, its role in supporting, directly and indirectly, a significant number of U.S. jobs and provide increased revenues to local communities that will bolster the U.S. economy, its ability to reinforce our bilateral relationship with Canada, and its limited impact on other factors considered by the Department, all contribute to a determination that issuance of a Presidential permit for this proposed Project serves the national interest".

Blair King is a professional chemist and biologist residing in Langley, BC. His article originally appeared on his blog here.