Stuart Jackson, chief of the Lower Nicola Indian Band (LNIB) and and chair of its development corporation, said in a news release dated Sept. 14 that the distribution line is "the first electricity transmission line to be majority-owned, operated, maintained and financed by an Indigenous group in Canada"."

"We look forward to the economic benefits this project provides as well as continuing to build a relationship with Trans Mountain and our partner Valard that is based upon on trust, respect and teamwork” said Chief Jackson, pictured. 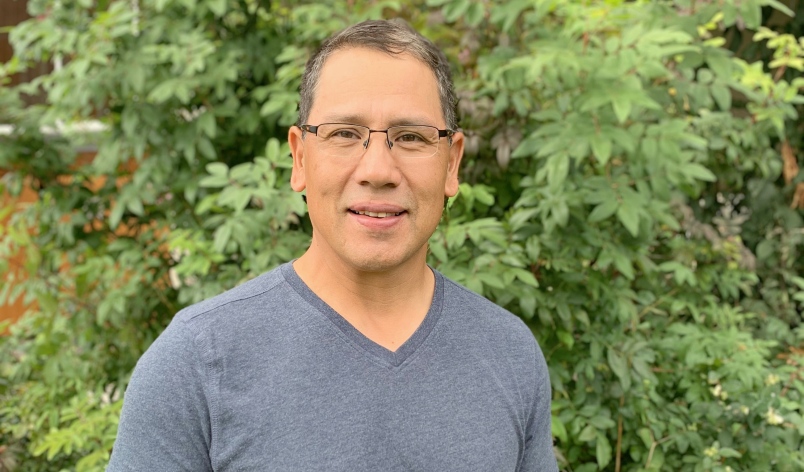 The Lower Nicola band is also known as the Nłeʔkepmx (People of the Canyon) and belongs to the Interior Salish first peoples.

LNIB is listed among six First Nations that have enabled Trans Mountain to cross 10 separate reserve lands, according to documents filed by TMX with the National Energy Board (NEB), according to CBC News.

Lower Nicola is also one of the 43 Indigenous communities that had some sort of an agreement on the pipeline project, which was requested by oil sands companies seeking to meet demand in overseas markets for heavy oil blends like those produced in western Canada. Despite short term uncertainty because of COVID-19, the longer term forecast points to global demand growth.

Crown-owned TMX has 33 agreements with roughly 100 First Nations and Métis groups in B.C. that have been identified as having an interest in the project's construction.

A Canadian organization, the First Nations Major Projects Coalition, has been actively exploring the possibility of First Nations becoming equity owners of electricity infrastructure, most notably in the generation and transmission segments of the sector.

According to its July 2019 report The Role of Indigenous People in Major Project Development: Paths for Indigenous Participation in Electricity Infrastructure:

Many Indigenous nations – once relegated to minor roles in project development on their own lands – are increasingly becoming equity owners in projects impacting their territories. Equity ownership of resource and infrastructure projects is increasingly seen by Indigenous people as a means to pro-actively exercise their rights, protect community interests and share to the economic benefits derived from their territories.

Consistent with global examples of Indigenous project engagement, this new normal has been fueled by a growing desire of Indigenous nations to be part of all aspects of resource development in their traditional territories.

In recent years, there has been a rapid increase of Indigenous and cooperatively-owned energy infrastructure occurring around the world, most notably in New Zealand, the United States, and Canada.