Natural resources are fundamental to the health of another sector, one that runs across the entire economy

But that’s just the most visible part of the story. A new report from BC Stats shows that natural resources are also fundamental to the health of another sector, one that runs across the entire economy and is associated with making things.

It turns out that manufacturers are much more dependent on natural resources than counterparts in other parts of the country. 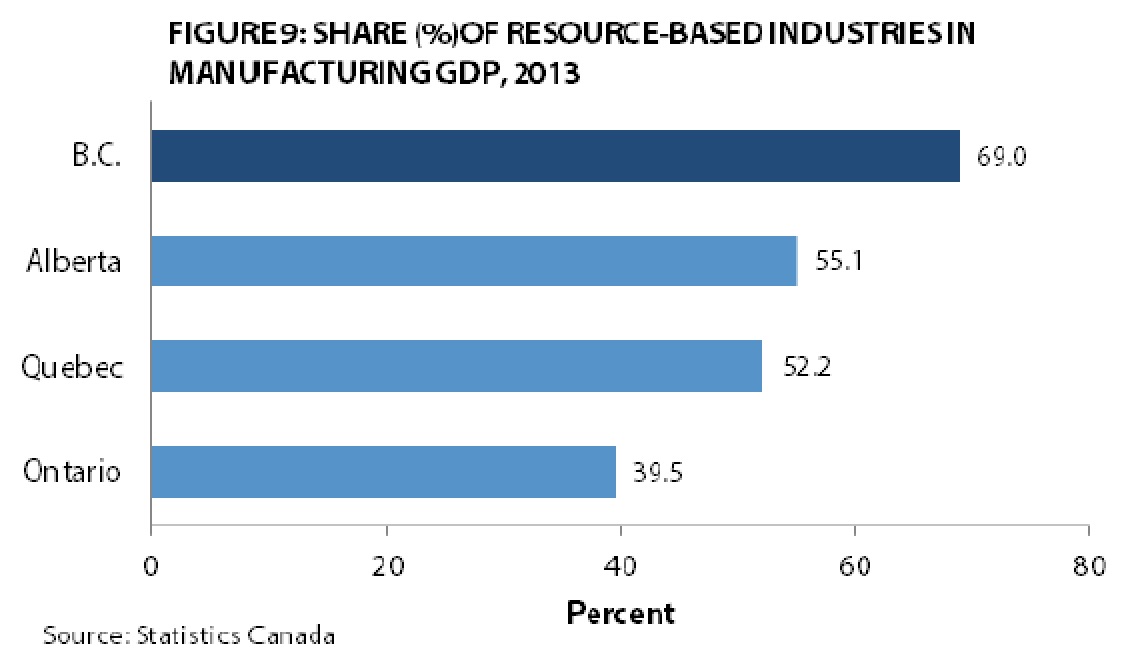 Natural resources activity directly supports about 50,000 jobs for workers in sectors such as forestry, mining, energy and agriculture. By contrast, like the larger underwater portion of an iceberg, BC manufacturing employs about 161,000 people — with about 112,000 of them in jobs with an overriding resource component. The top five BC manufacturing subsectors, based on GDP, are wood, food, paper, primary metal and fabricated metal.

“These include food, beverages, wood, paper, petroleum and coal products, non-metallic minerals, primary metal, and fabricated metal manufacturing industries. In contrast about 40% of the manufacturing sector GDP in Ontario was generated by the aforementioned industries.”

The report, titled A Profile of British Columbia’s Manufacturing Sector, was prepared by BC Stats for the Ministry of Jobs, Tourism and Skills Training and is based on 2013 data sourced from Statistics Canada.

In BC, manufacturing is the fourth-largest sector by GDP among all industries, trailing only finance and real estate, construction, and health care.

The report said that wood product manufacturing was “by far the largest industry” within BC’s manufacturing sector, accounting for nearly one-quarter of the sector’s total GDP.

People who work in manufacturing are some of BC’s top wage earners. Average weekly wages in the manufacturing sector average about 12% higher than the province as a whole.

In the goods producing sector, manufacturing was the second-largest employer across the B.C. economy (7.1% of provincial labour force) — trailing only the construction industry (8.8%).

Most job growth in manufacturing is full time work. For example the report said that in 2014, only 6.8% of manufacturing workers were part time compared to 22% across the BC labour force.

The report said that in 2014 the value of BC’s manufactured goods exports reached $22.8 billion, and accounted for 64% of BC’s exports to international destinations. Nearly 60% of BC-manufactured goods go to the United States, which is our primary export market for finished lumber, and nearly 20% go to China, which is one of our  primary markets for wood, metal and mineral products. 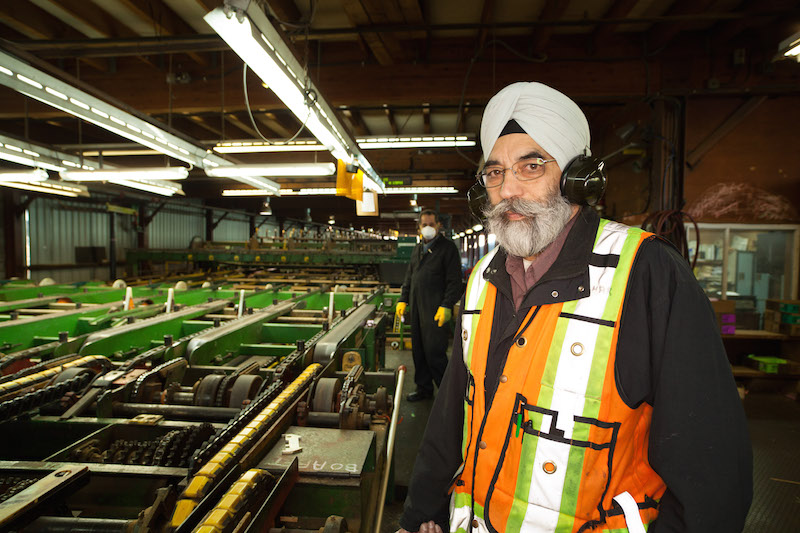