Forget the stereotypes – these young Canadians are calling for shovels in the ground, writes Scott Simpson.

That’s the takeaway from recent national poll gauging support among millennials for natural resource development. Pollsters commissioned by the Manning Centre determined that the vast majority of Canadians in the age 15-34 cohort either support or strongly support resource-based activity such as oil and gas development, forestry and mining. 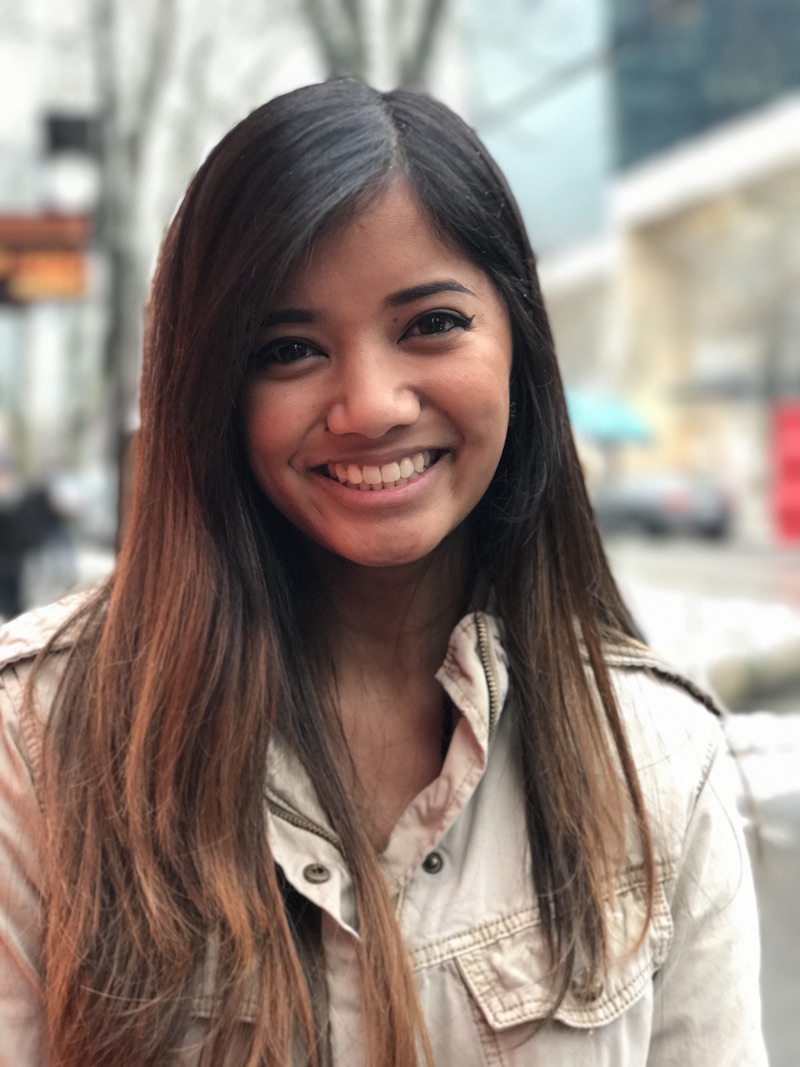 Participants were asked ‘How much do you support or oppose expanding development of natural resource sector.”

“We sometimes see young people protesting the oil sands and other natural resource projects, but clearly they’re the minority,” Manning research director Peter McCaffrey said in a news release. “Perhaps millennials understand the importance of natural resources to the future of the Canadian economy and their own job prospects.”

The poll results were no surprise to Jane Spitz, age 22, a University of British Columbia undergrad who has strong personal views on environment-related topics including climate change and sustainable development.

“I think that a majority of young people are very interested in natural resource development and the environment — especially today with new issues rising with climate change and the environment,” said Spitz (pictured), who describes herself as ‘a green Tory.”

“They don’t always have a very strong understanding of the role natural resources play in their lives, but they’re interested in the subject, which is good, and they want to be engaged more with it,” she added.

“I can’t speak on behalf of all millennials but we’re constantly on our phones — more than we’d like to admit — and technology is huge for us. Cell phones, computers, laptops are constantly evolving.

“I think we have a really strong understanding of the fact that we highly depend on these devices and that the materials to make them come from oil and gas and other minerals. We also understand we have the ability to be more innovative in the future and come up with greener and more sustainable technology.”

Spitz was an early convert to sustainable development. She was born in the Philippines where her father was president of a large company in the commercial fishing industry.

“I grew up watching my dad having to find balance between keeping the fish population stable, and the needs of thousands of people who were depending on jobs related to the fishery in order to feed their families.”

Spitz is concerned when facts are supplanted by rhetoric; such as the catchphrases of opponents in the polarizing national debate over pipeline construction supporting Western Canadian oil production.

“The calls to keep the oil in the ground, to save the polar bears, left me feeling guilty as opposed to feeling I had a proper understanding of the issue. I didn't like that.

“I got more engaged, took more courses, developed a better understanding of what was going on. I was shocked to find out Canada has some of the world’s most highly regulated policy structures for oil and gas and resource development projects, and learned about the role oil played in my life.”

Spitz said she supports a balanced, well-regulated approach to natural resource development — and suggested that the poll reflects a similar desire among the majority of Canadians.

Spitz believes indigenous communities should have the opportunity to “play a strong role” in natural resource development. “Not all indigenous communities reject pipelines or natural resource development — because they see the economic benefits as well. It brings jobs into the community, money into the community. I think it’s really important to give them a strong voice.”

Professional engineer Anita Le, chair of the Vancouver chapter of Young Pipeliners of Canada noted that the Manning poll is one of several that point to majority support for natural resource development — and that the most entrenched opponents comprise only a small minority of Canadians.

“The numbers can change a little bit depending on the particular questions you’re asking — but in general I agree that support for resource development and pipeline development is there within the millennial generation,” said Le, who is 28. “We place huge importance on stipulations such as environmental assessments, hazard mitigation, and consultation with affected landowners, but when those are satisfied, I would say there’s an overall majority that supports the resource sector.

“There is no question that flat out opposition is an underwhelming minority. You have a cohort in the opposition that is not necessarily completely opposed — they would just like to see some improvement in the industry. People who are strongly opposed, who are not going to change their minds, are definitely the minority.”

Le pointed to the Trans Mountain Expansion Project, a transmission-scale pipeline that will carry oil products from Alberta to tidewater in British Columbia, as an example of a resource sector project that reflects the public’s interest in minimizing risk.

“Improving the industry is something we work toward every day, in terms of safety, in terms of quality, protection of the environment,” Le said.

“If you look at Trans Mountain, they’re looking at almost 160 conditions to be met. I would consider environmental stewardship top of mind right after personal health and safety. If you looked at how pipelines were built and what went into them 60 years ago, it’s remarkable how far we’ve come; and the investment that goes into preserving and protecting the environment.”

Le recalled a presentation at a fall 2016 conference involving the Canadian Energy Pipeline Association. “Their goal is to have a quality culture comparable with space exploration in the sense that there is no room for error. They want to be the standard that other industries strive to achieve and they are actively trying to move the oil and gas industry towards that goal. CEPA is a collection of some of the biggest owners and operators in that industry.”

The full extent of the poll, conducted last October by Mission Research, will be reviewed at the 2017 annual Manning Centre Conference in Ottawa, coming in later in February. Mission Research derived its findings from online interviews of 2,000 randomly sampled millennials. Results are considered accurate within 2.2 per cent.