We will ignore, for the moment, the Twitter photo of BC First Nations activists with raised middle fingers, and the adolescent message: “F*** your white supremest #TransMountain pipelines!” We will note, though, this from Tsleil-Waututh Nation member Will George: “if it has to get ugly, it will get ugly.” 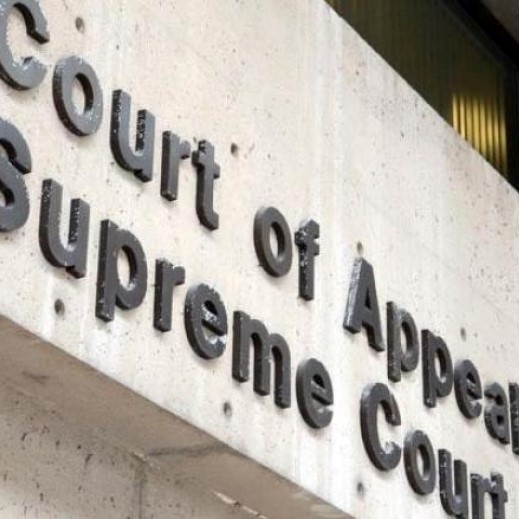 And this from the Wilderness Committee: “Communities all along the pipeline’s path are ready to slow and stop the project.”

In return, we have a few messages for them and their followers — and, indeed, all those who think that the law applies and must be obeyed only if they win the case. (We note that First Nations across the country have in fact won a total of 293 court decisions on rights, title, and related issues. We don't recall any protest by the activists against a court decision when it goes that way.)

Our messages below are quotes from the Federal Court of Appeal decision that this week gave the big and welcome green light to the Trans Mountain pipeline expansion project.

On consultation and accommodation

“When adequate consultation has taken place but Indigenous groups maintain that a project should not proceed, their concerns can be balanced against ‘competing societal interests’. This is the role of accommodation.”

“Like consultation, accommodation does not guarantee outcomes. It is an ongoing ‘give and take’ process. . . .  Canada must act in good faith, but at the same time accommodation cannot be dictated by Indigenous groups.”

“The evidentiary record shows a genuine effort in ascertaining and taking into account the key concerns of the applicants, considering them, engaging in two-way communication, and considering and sometimes agreeing to accommodations, all very much consistent with the concepts of reconciliation and the honour of the Crown.”

“It is true that the applicants are of the view that their concerns have not been fully met, but to insist on that happening is to impose a standard of perfection, a standard not required by law.”

“There is no duty to agree, and the duty to consult does not require a particular outcome.”

“Disagreement does not indicate a failure of consultation; failure to adopt specific scientific and technical views does not render consultation unreasonable.”

“Insisting that the only acceptable accommodation is selecting an alternative to the Project amounts to seeking a veto over the Project, which forms no part of the duty to consult.”

“Indigenous groups ‘must not frustrate the Crown’s reasonable good faith attempts, nor should they take unreasonable positions to thwart government from making decisions or acting in cases where, despite meaningful consultation, agreement is not reached.’”

“It was incumbent on all parties to engage in the consultation process diligently and to work toward accommodations that were responsive to the flaws identified (in an earlier judgment). . . .  Unfortunately, this did not always take place: much time was taken up by unnecessary delay, posturing and insisting on matters of form rather than substance.”

On the question of whether First Nations have a veto

“At some juncture, a decision has to be made about a project and the adequacy of the consultation. Where there is genuine disagreement about whether a project is in the public interest, the law does not require that the interests of Indigenous peoples prevail.”

“The applicants’ submissions are essentially that the Project cannot be approved until all of their concerns are resolved to their satisfaction. If we accepted those submissions, as a practical matter there would be no end to consultation, the Project would never be approved, and the applicants would have a de facto veto right over it.”

“Reconciliation does not dictate any particular substantive outcome. Were it otherwise, Indigenous peoples would effectively have a veto over projects such as this one. The law is clear that no such veto exists.”

“Tactical behaviour aimed at ensuring that discussions fail within the time available for consultation is not consistent with reconciliation and would, if tolerated, allow for the effective use of a veto right.”

“The case law is clear that although Indigenous peoples can assert their uncompromising opposition to a project, they cannot tactically use the consultation process as a means to try to veto it.”

The figure of 293 court victories above comes Bill Gallagher, an Ontario lawyer who keeps track of the count.

Of the Federal Court of Appeal decision, Gallagher says: “It’s a correction, a major judicial correction. . . . It’s bigger than just the legal notions. It’s about getting this country up and running in the resources sector and this is a big step forward.”

The First Nations applicants have 60 days from the date of the decision (February 4) to appeal to the Supreme Court of Canada. Lawyers say that court could well simply refuse to hear an appeal.

Which means that the case and points above are, as Gallagher puts it, “a huge win for Canada.”

Opponents of the Trans Mountain pipeline expansion say they will do whatever it takes to stop the project after suffering a devastating legal blow at the Federal Court of Appeal. Tsleil-Waututh Nation member Will George, who says activists will be scheduling meetings to plan future actions, expects more protesters to gather at existing demonstration sites in B.C. including a “watch house” outside a shipping terminal in Burnaby and a collection of tiny homes in the Interior.

Squamish Nation Coun. Khelsilem says there are a number of people willing to defend the province’s coast and the lengthy battle at the Federal Court has delayed a confrontation on the ground. The Tsleil-Waututh and Squamish were among four Indigenous groups that lost a challenge before the court on Tuesday, but they may still seek leave to appeal to the Supreme Court of Canada.

Construction on the federally owned project has begun at terminals and along the right-of-way in Alberta but about 88 per cent of the detailed route in Metro Vancouver and the Fraser Valley has yet to be approved.