The Notley Doctrine: Making the progressive case for the Kinder Morgan pipeline

Alberta's premier Rachel Notley had a powerful message for Vancouver residents in her Nov. 30 speech: expanding the TransMountain pipeline is a project that centre-left Canadians can embrace. Stewart Muir examines her argument.

Two and a half years since her 2015 ascension to power, Rachel Notley has had plenty of time to work on the most urgent economic issue facing her province: a crushing shortage of oil pipeline capacity to Canadian tidewater.

Alberta’s heartache is Canada’s problem too, due to the simple fact that crude oil, the nation’s most valuable export, cannot fetch fair market value in current conditions.

“I'd love to be able to play the guitar on the street and sell necklaces to tourists as a way to make money for everyone in my family...But you know what, that’s not the way it works..."

As an NDP premier, Notley has had to explain her record in opposition as a questioner of oil sands development. How does it square with her current role as chief saleswoman for Brand Alberta? While her political opponents at home jab delightedly at the apparent contradiction, some progressives wonder if there is more to her message than political pragmatism.

Notley is keenly aware of how she, and the NDP mission, have been typecast. Earlier this fall, she joshed in a Calgary Herald interview that she’d “love to be able to play the guitar on the street and sell necklaces to tourists as a way to make money for everyone in my family,” adding: “But you know what, that’s not the way it works and Canada has established a fairly successful economic record based on our natural resources.”

When first elected, Notley was seen by industry as a terrifying spectre. In practice, she has delivered on the disruption but not the doom. A rapid overhaul of the entire oil and gas sector runs so deep it’s been dubbed the Notley Doctrine. Yet, at the same time, oil exports to the U.S. have increased in volume.

By the time she chose to bring her story to Vancouver this week, Notley had won the begrudging admiration of a large chunk of the Alberta oil and gas industry. That is hardly her toughest audience. In a speech delivered to the Greater Vancouver Board of Trade, she set for herself the goal of stating the progressive case for the TransMountain pipeline expansion, a project opposed by the BC NDP government.

Notley came armed with a slew of facts, such as the $2 billion earned by the 44,000 British Columbia residents who held down jobs in Alberta in 2014.

The crux of the progressivist argument is that by doing all of these things, Alberta will be capable of leading the transition to a greener, lower-carbon future while preserving Canadian prosperity.

Notley knows there are plenty of centre-left voters out there who believe in expanding social programs, but realize the money required to do so won’t materialize from thin air. The Notley Doctrine authentically represents the beliefs of a New Democrat leader who has proven to be a woman of action.

Genuine citizen concerns have been thoroughly canvassed and accommodated in the federally approved TransMountain Pipeline Expansion project. The standing ovation Notley received in Vancouver was before a packed room that included union and First Nations leaders, evidence her audacious vision is resonating with British Columbians.

If the TransMountain project now becomes yet another victim of extremist minority activism, the Notley Doctrine will be dealt a fatal blow. Canada’s aspirations to be a climate leader will be replaced by a trajectory toward diminished long-term prosperity. Notley’s task is to help her BC NDP counterparts on their excruciatingly slow journey toward a principled position in favour of Canadian prosperity.

Premier Notley could be a historic changemaker. Judging by the latest developments, she is making the best moves at the right time. 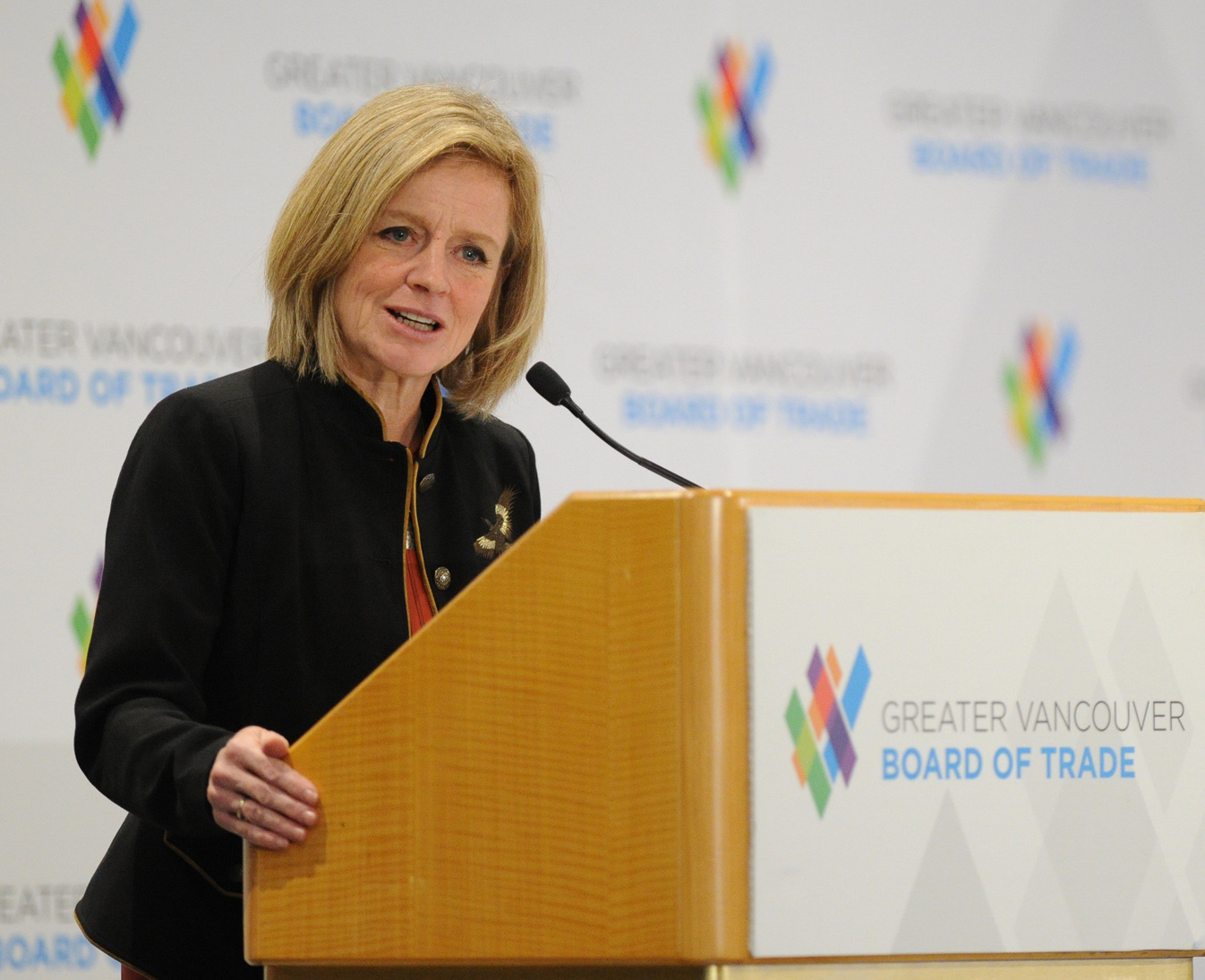 Another perspective: Read Markham Hislop's reaction to the speech