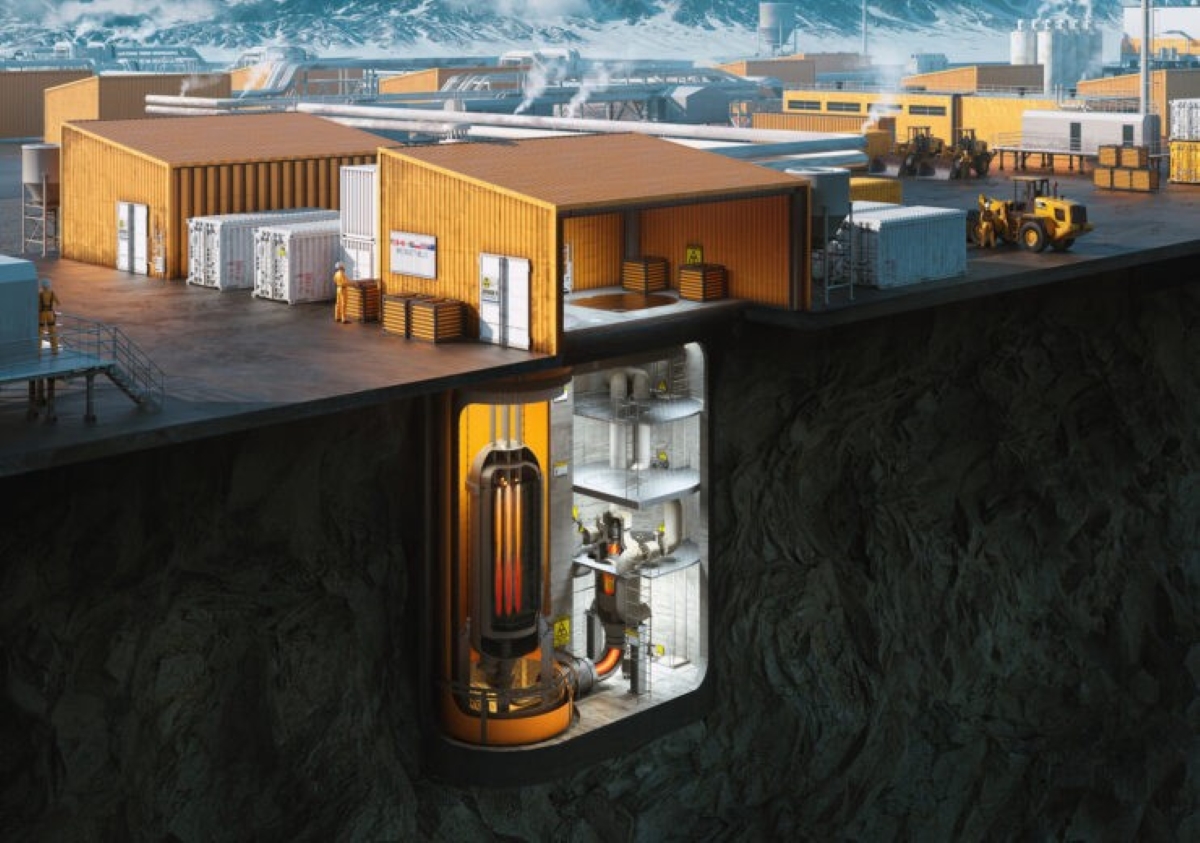 Canada has long been a leader in nuclear power. But with emerging 21st-century nuclear technologies, Canada is talking nuclear-generated electricity in a way it never has.

We now generate some 15% of our power from nuclear reactors, with 18 in Ontario and one in New Brunswick. We are also the second-largest producer (and fourth exporter) of uranium in the world, with 13% of global production in 2019.

In the 1950s and 1960s, Canada became known for its uranium-driven CANDU reactor, which it sold to six other countries (the latest being the Cernovoda2 reactor, which went online in Romania in 2007). In 1987, the CANDU reactor was ranked as one of Canada's top ten engineering achievements during the previous 100 years.

When it comes to nuclear technology, Canada has been a historic innovator.

But we’re no longer talking about massive, multi-billion-dollar reactors with their power stations serving huge regions.

SMRs have significant implications for remote development because they can also serve northern and Indigenous communities now dependant on expensive and dirty diesel fuel to generate power via generators. And SMRs can power district heating for commercial or residential buildings, for hybrid energy systems, water desalination, or even heavy-industry applications.

As Energy Minute notes: "They are also the IKEA furniture of energy: modular, with assembly-style technology, fabrication, and short construction times."

Canada has already developed some small nuclear reactors, including the Slowpoke reactor installed at many universities and research institutions.

Now, Canada is building a national SMR action plan, with this introduction:

"Small Modular Reactors (SMRs) could be the future of Canada’s nuclear industry, with the potential to provide non-emitting energy for a wide range of applications, from grid-scale electricity generation to use in heavy industry and remote communities.

"Canada is well-positioned to become a global leader in the development and deployment of SMR technology. With over 60 years of science and technology innovation, a world-class regulator and a vibrant domestic supply chain, Canada's nuclear industry is poised to be a leader in an emerging global market estimated at $150 billion a year by 2040."

Alberta, Saskatchewan, New Brunswick, and Ontario have signed memoranda of understanding with the federal government to explore SMR technologies. There are 12 SMR proposals before the Canadian Nuclear Safety Commission for design reviews.

A new study commissioned by the Canadian Nuclear Association finds:

Five entities are working with Canadian Nuclear Laboratories on site for SMRs. Two are engaged with New Brunswick Power and another two with Ontario Power Generation and Bruce Power in Ontario.

Natural Resources Minister Seamus O’Regan has given a two-thumbs-up to SMRs:

"As the world tackles a changing climate, nuclear power is poised to provide the next wave of clean, affordable, safe and reliable power. Bill Gates put it succinctly: 'Nuclear is ideal for dealing with climate change.' Why? Because it can provide almost immeasurable amounts of energy with zero CO2 emissions. Zero.

"In fact, nuclear energy in Canada already displaces over 50 million tonnes of greenhouse gas emissions every year. That’s the same as removing 3 million cars from the road each year. That’s critical when you realize that our government has made a commitment that Canada will not just exceed its 2030 Paris Agreement targets but will reach net zero by 2050."

Canadian Nuclear Laboratories sees a healthy export market for our SMRs, as well as a promising domestic market:

And Recommendation No. 18 of the Task Force for Real Jobs, Real Recovery said in part: "Canada’s energy ecosystem has an opportunity to be enhanced even further by developing the enormous potential of small modular nuclear reactors. . . .

"Strong government support for SMRs in partnership with the established Canadian nuclear industry would create jobs and boost economic growth and innovation while helping Canadians achieve a low-emissions future."

As Minister O’Regan told the Canadian Nuclear Association in 2020: "This is nuclear’s moment. This is your moment. To shape the next wave of nuclear technology. And move to the frontlines in the battle against climate change and the plan to get Canada to net-zero by 2050."