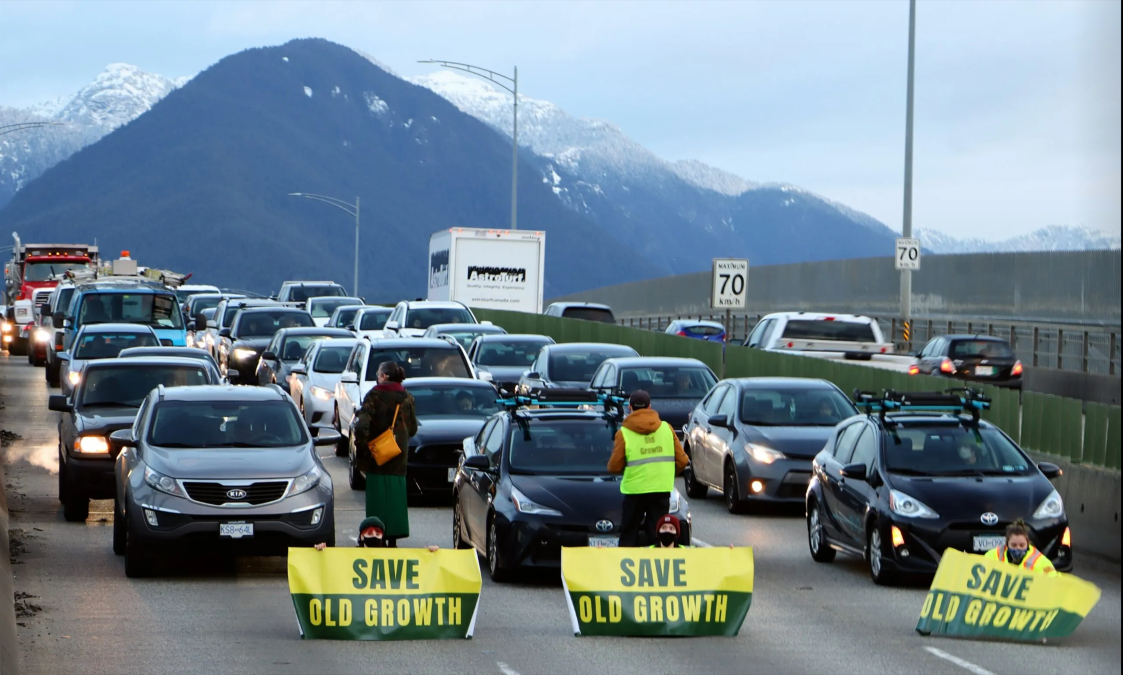 The headline on the Fairy Creek protest website blares, “Only 2.7% of B.C.’s original productive old growth forests remain standing.” Readers are implored to volunteer, donate and “join the movement.”

As a B.C. resident, I am alarmed that people — maybe even you, if you are reading this article — are being encouraged to glue themselves to highways and stage hunger strikes over what is essentially a tall tale.

The supposed “fact” that less than three per cent of B.C.’s productive old growth remains standing, and the implicit suggestion that we’re about to lose that too, are both patently untrue.

There is actually much more old growth left, and the majority of it is protected from logging.

What is old growth?

Old growth forests are defined by the province as being older than 250 years old on the coast or wet area of the Interior, and 140 years old in the rest of the Interior. These forests have reached the point in their development where some older trees have died and younger trees have come up in their place. The result is multi-layered forests, with canopy gaps, dead logs and a variety of tree species. These forests are important for many reasons, including biodiversity.

What counts as a “productive forest?”

While the term “old growth” often conjures up the image of enormous, awe-inspiring trees, not all old forests are tall — drier, colder, or more nutrient-poor sites may have shorter trees.

The concept of site index (SI) is used to describe a forest’s tree-growing potential. Trees in a forest with an SI of 20 will grow to a height of 20 metres tall (roughly the height of two telephone poles stacked on top of each other) within 50 years. The higher the SI, the more productive the forest.

In general, forests with an SI of 20 or greater are considered to be “productive.” The very rich, mild growing sites on the south coast can have a SI of 25 or greater. However, there are also many sites with naturally low productivity — they’re rocky, high altitude, boggy, desert, etc.

So how much “productive” old growth is there?

Another study, released in 2021 by Forsite Consultants, suggests the amount of productive old growth is higher: 25 per cent of sites with an SI greater than 20 are old, 26 per cent of those with an SI of 25 or more are old.

The difference between the figures relates to the way in which site index was determined. Veridian used older data derived solely from aerial photographs (called the Visual Resource Inventory), while Forsite used the province’s newer Provincial Site Productivity Layer (PSPL) data that uses measurements taken from the ground and specifically designed to calculate site productivity.

Whose numbers are best? That is still up for debate. Either way, the claim that “only 2.7% of the productive old growth forests remain” is clearly misleading.

It also ignores that more than half of B.C.’s old growth is protected or unsuitable for logging.

On April 1, the B.C. Government announced it had deferred (delayed harvesting on) a further 1.87 million hectares of old growth.

On land available for logging, additional rules were created for protecting sites with special values. For example, the Special Tree Protection Regulation (introduced at the end of 2020) forbids the harvesting of extra-large trees and sets requirements for their protection.

So we can relax, knowing B.C. old growth is safe.

Enormous, awe-inspiring trees are part of B.C.’s cultural identity, as is impassioned debate over their conservation. However, before risking your life for the cause, I beg you: please read the science first. You’ll be glad you did.

Alice Palmer is an independent forest researcher based in Richmond, BC. This article was originally published in The Times Colonist.