Calgary's mayor Naheed Nenshi visited Vancouver to share his views on a wide range of topics, the most relevant of which for Resource Works involved access to markets for essential resource products. 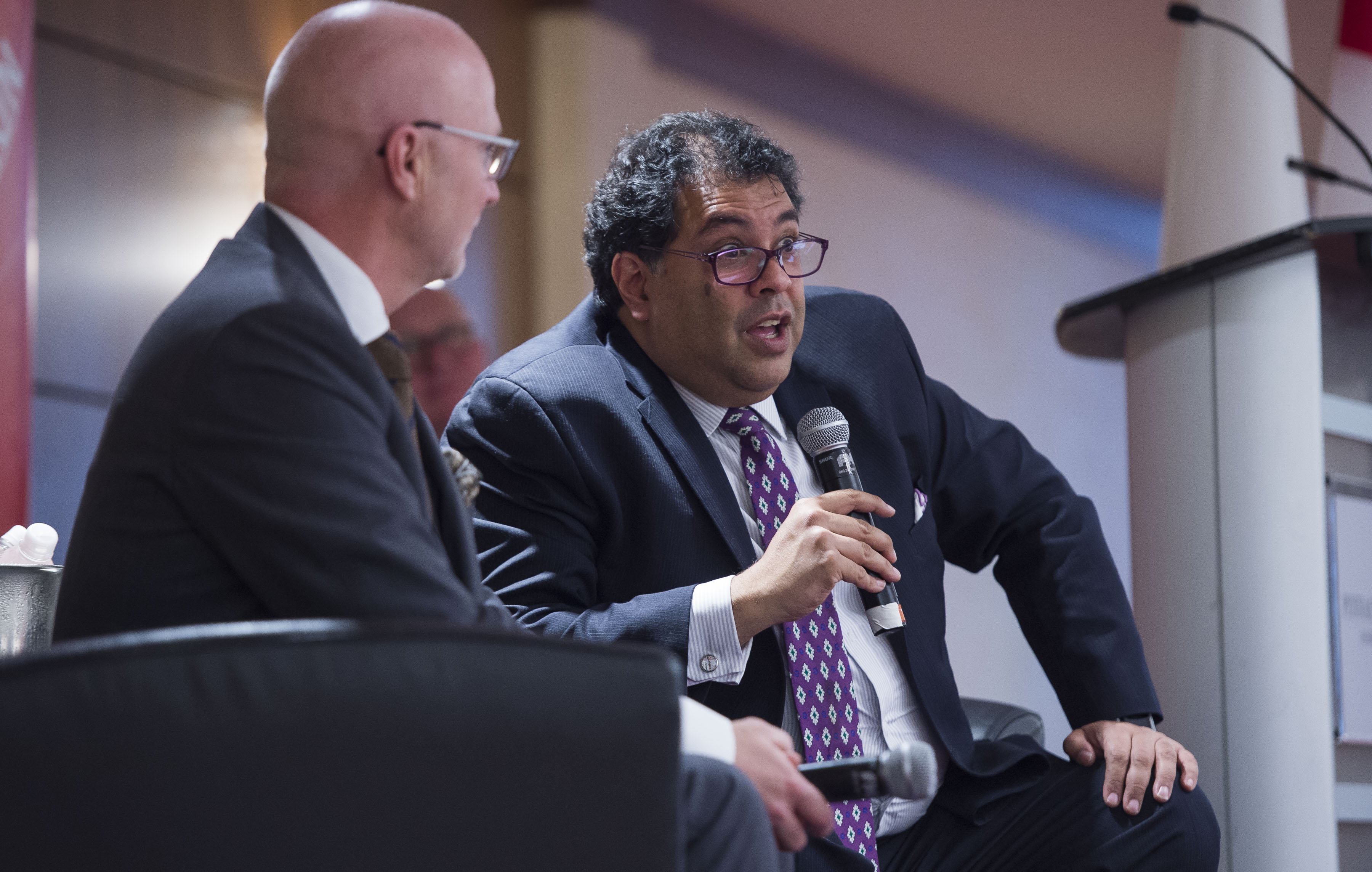 It must be frustrating for Naheed Nenshi to visit Vancouver, a city that luxuriates in all the benefits of being an energy-rich modern metropolis yet can be blissfully unaware of the foundation of its cosy existence.

In a speech to the Canadian Club of Vancouver, Nenshi, the six-year mayor of Calgary, shared some insights into how he as a leader with a well-earned progressive reputation relates to anti-resource campaigning coming from his Vancouver counterpart.

Nenshi told the audience that he was pleased to hear of the recent announcement of a $1.5-billion maritime safety plan to buttress existing measures in place on the west coast. Given the widespread assumption that the Trudeau government is close to signing off on the Trans Mountain Pipeline expansion project (TMX), a lot rides on the efficacy of this plan.

Mayor Nenshi was in Vancouver partly as a traveling salesman for his own city, which is dealing with high unemployment and commercial vacancies that have yet to hit bottom following the 2014 crash in oil prices. He's on the road encouraging businesses to consider relocating to Calgary to take advantage, while the opportunity presents itself, of cheap rent and a skilled, available workforce.

Nenshi expressed disappointment that the conversation on getting resources to market is often not fact based but rather driven by emotion. He pointed out that with Alberta's hard cap on GHG emissions implemented under the provincial NDP, the climate change issue has been put to rest. Canada has the highest standards in the world, and the longer we are around to provide an example of good practice, the better off the world will be. Speaking as an anti-poverty activist – a role to which he can lay a strong claim – Nenshi emphasized the need for safe, clean, affordable energy to be produced and distributed from the Alberta oil sands.

He also echoed what others have also been saying in recent days: that even if President-elect Trump does approve a revived Keystone XL pipeline through the U.S., that does not solve the problem of market diversification for Canadian oil. TMX is still needed.

As moderator of the Q&A following his speech, I wanted to know what he thought the average person who takes a balanced and realistic view of the energy problem can do to show support for a Nenshi middle-ground approach. His response: since it's federal politicians who'll be coming under the greatest pressure as a TMX decision moves ahead, let your MP know what you think. (Feeling inspired right now to drop your MP a line? Here's a link to find their email address.)

Comparing Mayor Nenshi to Vancouver's Mayor Gregor Robertson, it's not hard to spot some contrasts. Robertson is using his city hall perch and taxpayer dollars to operate a costly propaganda campaign against Canadian oil exports. Inflammatory robo-calls based on fear of a marine spill emanate from Robertson's organization, relying on an error-ridden argument that has been painstakingly examined, and refuted, by experts but which he refuses to subject to fact-checking.

While Nenshi deals with rising unemployment by selling his city to the world, Robertson's navel-gazing response is to invest taxpayer dollars to battle job-creating infrastructure that would create economic stimulus in both Vancouver and Calgary.

Robertson is apparently unmoved by evidence of increasing homelessness and affordability challenges in his own city, while Nenshi seems truly despondent that his own best efforts are barely enough to make a difference in Calgary's current conditions.

Given the imminent TMX decision, these contrasts are likely to grow further before they are resolved. 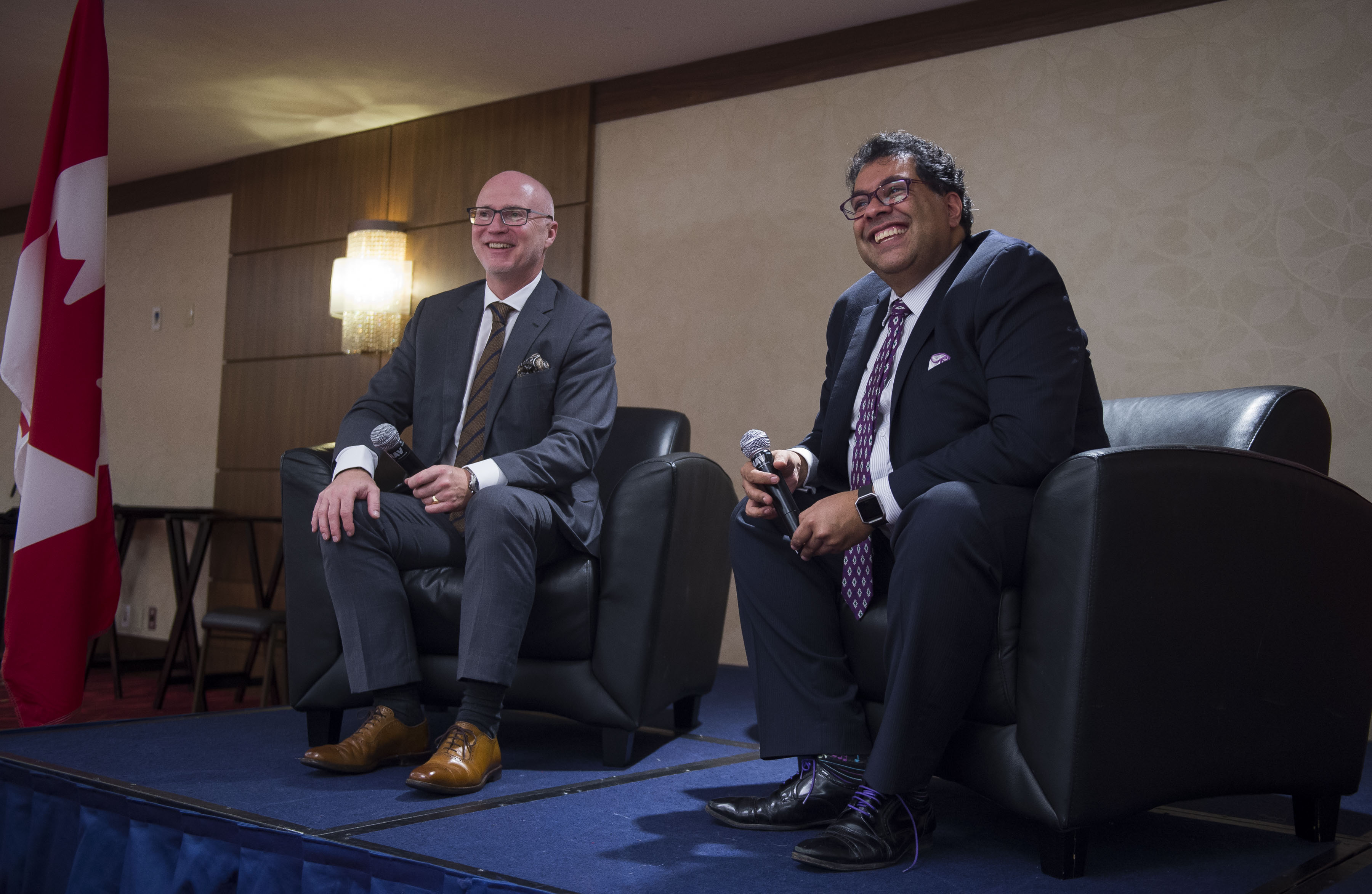