What happens if Canada loses an oil pipeline?

A Parliamentary committee has looked at what would happen if the United States goes through with Michigan's threat to cripple the Canadian economy by unilaterally shutting down the Line 5 pipeline. 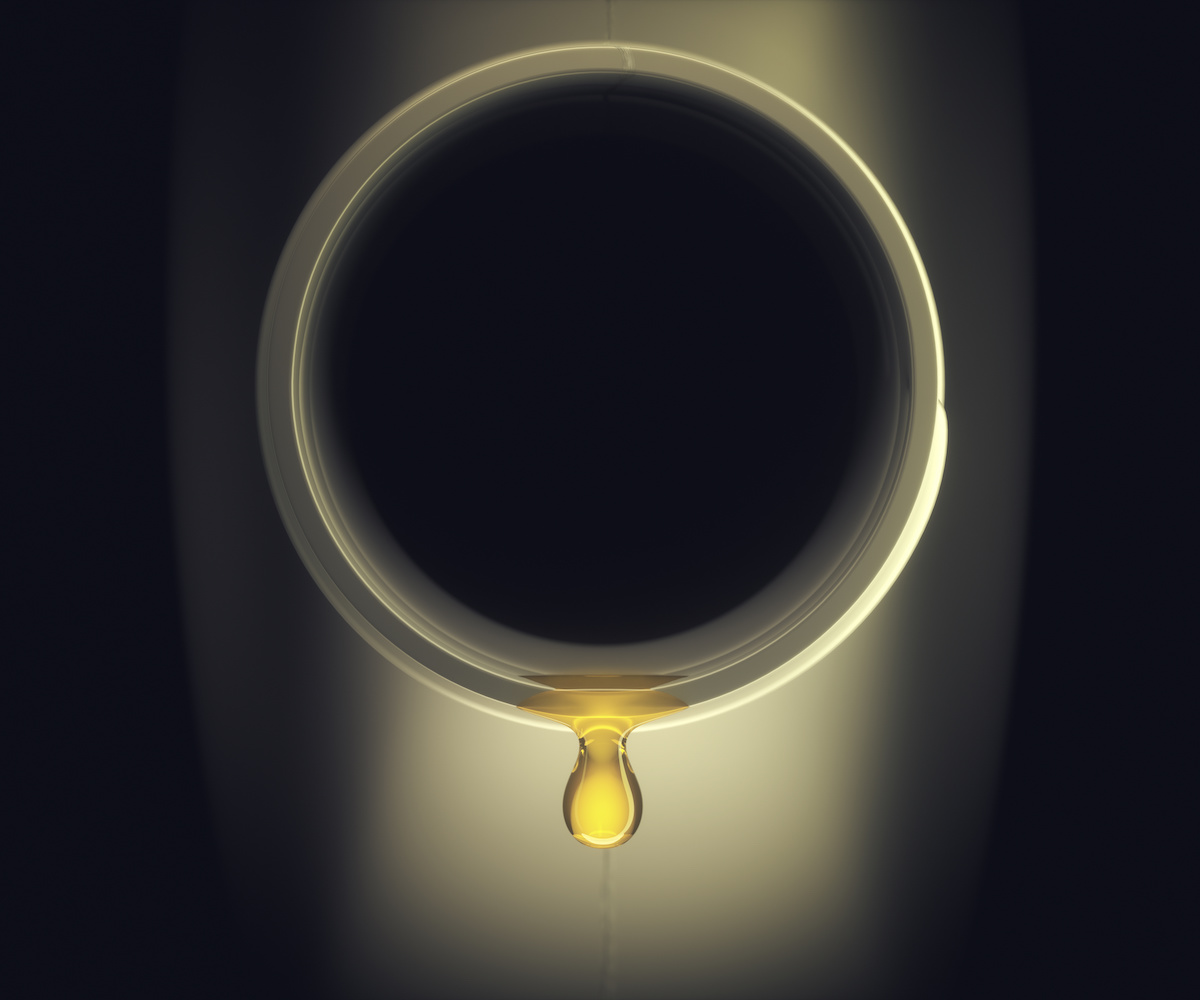 It might sound like a scenario from Ukraine-Russian relations, but in fact it is happening right here, right now on the world's longest undefended border. Enbridge Inc.’s (Enbridge’s) Line 5 pipeline (Line 5) has been in use since 1953, and transports up to 540,000 barrels of light crude oil and natural gas liquids per day. These petroleum products are refined into propane, gasoline, jet fuel and other products at refineries and factories in Ontario and Quebec, as well as in Indiana, Michigan, Ohio and Pennsylvania. Line 5 runs eastward from Superior, Wisconsin to Sarnia, Ontario and crosses the Straits of Mackinac (the Straits) – a 50-kilometre channel that connects Lake Michigan with Lake Huron – in Michigan.

On 13 November 2020, citing environmental concerns, Michigan’s Governor issued a notice revoking and terminating the easement that authorizes Enbridge to operate a dual pipeline across the Straits, and gave Enbridge 180 days – until 12 May 2021 – to shut down this section of Line 5. Both Enbridge and the State of Michigan (Michigan) have initiated litigation, and Enbridge has stated publicly that it intends to continue operation of the pipeline after the 12 May 2021 deadline. At the same time, the Great Lakes Tunnel Project, which would replace the existing pipeline in the Straits with a new pipeline housed in a tunnel running under the Straits, is currently in the process of securing the necessary regulatory approvals at the U.S. state and federal levels.

The possible shutdown of Line 5 has raised concerns in Canada about the security of energy supplies, job losses and other negative effects. Line 5 contributes to the Canada–U.S. economic relationship, creates opportunities for cross-border trade in energy products, and helps to ensure that consumers in both countries can access these products reliably.

Given the grave importance of the issue, the Special Committee on the Economic Relationship between Canada and the United States studied the issue and on April 15, 2021 presented its findings to Canada's House of Commons. The following text is drawn verbatim from the report, where it appears under the subheading, "SOME POSSIBLE IMPLICATIONS OF A SHUTDOWN OF LINE 5."

REPORT: Energy security for Canada and the United States

In considering the potential effects of a possible shutdown of Line 5, witnesses focused on secure energy supplies, transportation adjustments and limitations, shortages of energy products, price changes, job losses, and Canada’s relations with Michigan and some other U.S. states.

The Canadian American Business Council, Canada’s Building Trades Unions and the Canadian Propane Association commented that a shutdown of Line 5 would increase the number of trucks, railcars and/or barges that carry energy products through certain parts of Canada and the United States. Natural Resources Canada asserted that, in the event of a shutdown, “approximately 2,100 tanker trucks per day leaving Superior and heading east across Michigan, and roughly 800 railcars travelling on Michigan's rails,” would be required to transport the products that are moved by Line 5. In the view of the Canadian Chamber of Commerce, “up to 2,000 tanker trucks or 800 railcars a day would be needed to absorb the displaced product.” Canada’s Building Trades Unions provided an estimate of “upwards of 2,000 trucks a day or 800 railcars,” while Enbridge mentioned “15,000 dedicated trucks per day” or “800 extra railcars a day.”

Alberta’s Minister of Energy noted that, if Line 5 shuts down, refineries in Montreal would have a number of options for sourcing their energy inputs: rail or truck from Western Canada; tankers from various countries, including members of the Organization of the Petroleum Exporting Countries; or a pipeline from Portland, Maine. HEC Montréal’s Pierre-Olivier Pineau, who appeared before the Special Committee as an individual, claimed that a shutdown of Line 5 could restart the “virtually unused” pipeline from Portland to Montreal.

The Canadian Chamber of Commerce contended that increased train and truck traffic due to a shutdown of Line 5 would lead to higher shipping costs, greenhouse gas emissions, and congestion for Canadian and U.S. commuters. As well, the Laborers’ International Union of North America suggested that greater truck congestion resulting from such a shutdown would have a “significantly detrimental” effect on at least some sectors that rely on just-in-time parts delivery, including automotive. According to the Laborers’ International Union of North America, some legislators in Michigan are concerned that more demand for trucks and trains to transport petroleum products could negatively affect the agricultural sector. Canada’s Minister of Natural Resources, Enbridge, the Canadian Chamber of Commerce and the Sarnia Construction Association commented that alternative modes of transportation would not be as safe as Line 5.

Enbridge and the Canadian Propane Association thought that – in the short term – it would be difficult, if not impossible, for alternative transportation methods to ship both their current products and the volume of crude oil and natural gas liquids currently moved by Line 5. Alberta’s Minister of Energy predicted that a shutdown of Line 5 would create a “bottleneck” of oil in “the Midwest,” thereby limiting the flow of up to 400,000 barrels per day of Alberta’s oil.

According to Enbridge, if Line 5 shuts down, refineries in Ontario and Quebec, as well as in Indiana, Michigan, Ohio and Pennsylvania, would be unable to obtain the volumes of crude oil and natural gas liquids that they need. Consequently, Enbridge asserted that a shutdown would lead to gasoline, diesel, jet fuel, propane and butane shortages in those provinces and states. Both Canada’s Minister of Natural Resources and the Canadian American Business Council maintained that a shutdown would cause a propane shortage of more than 750,000 gallons per day in Michigan.

Canada’s Building Trades Unions said that a shutdown of Line 5 would increase the price of gas, propane and petrochemical products that are used in manufacturing, and Enbridge estimated that the price of propane would rise by 38 cents per gallon in Michigan. In the view of Local 663 of the United Association of Journeymen and Apprentices of the Plumbing and Pipe Fitting Industry of the United States and Canada, fuel costs could potentially triple. Alberta’s Minister of Energy claimed that, due to the expected “bottleneck” of oil in the Midwest, the shutdown would put downward pressure on the price that Alberta’s oil producers would receive for their sales of that commodity.

Canada’s Building Trades Unions believed that Line 5’s shutdown could potentially cause 25,000 job losses, and the Explorers and Producers Association of Canada noted “significant negative consequences” for U.S. jobs. From a sectoral perspective, the Laborers’ International Union of North America stated that the shutdown could affect jobs in such sectors as automobiles, cosmetics and medical supplies, and Local 663 of the United Association of Journeymen and Apprentices of the Plumbing and Pipe Fitting Industry of the United States and Canada mentioned – including in relation to certain small businesses – job losses and the closure of operations in such sectors as oil and gas, electronics, automobile manufacturing, agriculture, cosmetics, sporting goods, pharmaceuticals and medical supplies.

While witnesses did not identify any study of the number of jobs that would be affected in each province due to a shutdown of Line 5, the Laborers’ International Union of North America indicated that job losses would occur in Alberta, Ontario and Quebec, as well as in Michigan, Ohio, Pennsylvania and Wisconsin. Moreover, Canada’s Minister of Natural Resources described Line 5 as a “lifeline” for Quebec’s petrochemical sector, including two refineries in that province, as well as refineries in Ohio. According to Enbridge, it does not have an estimate of the number of jobs that would be lost in sectors in Quebec that would be affected by a shutdown.

In pointing out that energy integration and “critical trading relationships” are “important for jobs and economies on both sides of the [Canada–U.S.] border,” Alberta’s Minister of Energy asserted that a shutdown of Line 5 would “threaten” the province’s relationship with Michigan, and perhaps other U.S. states. According to Saskatchewan’s Minister of Energy and Resources, a shutdown would “shut off” a “crucial means of keeping families working and warm, businesses and crucial sectors powered, and successful cross-border relationships thriving.” The Mayor of Sarnia contended that Michigan’s Governor has damaged the state’s relationship with Ontario and “border cities.” 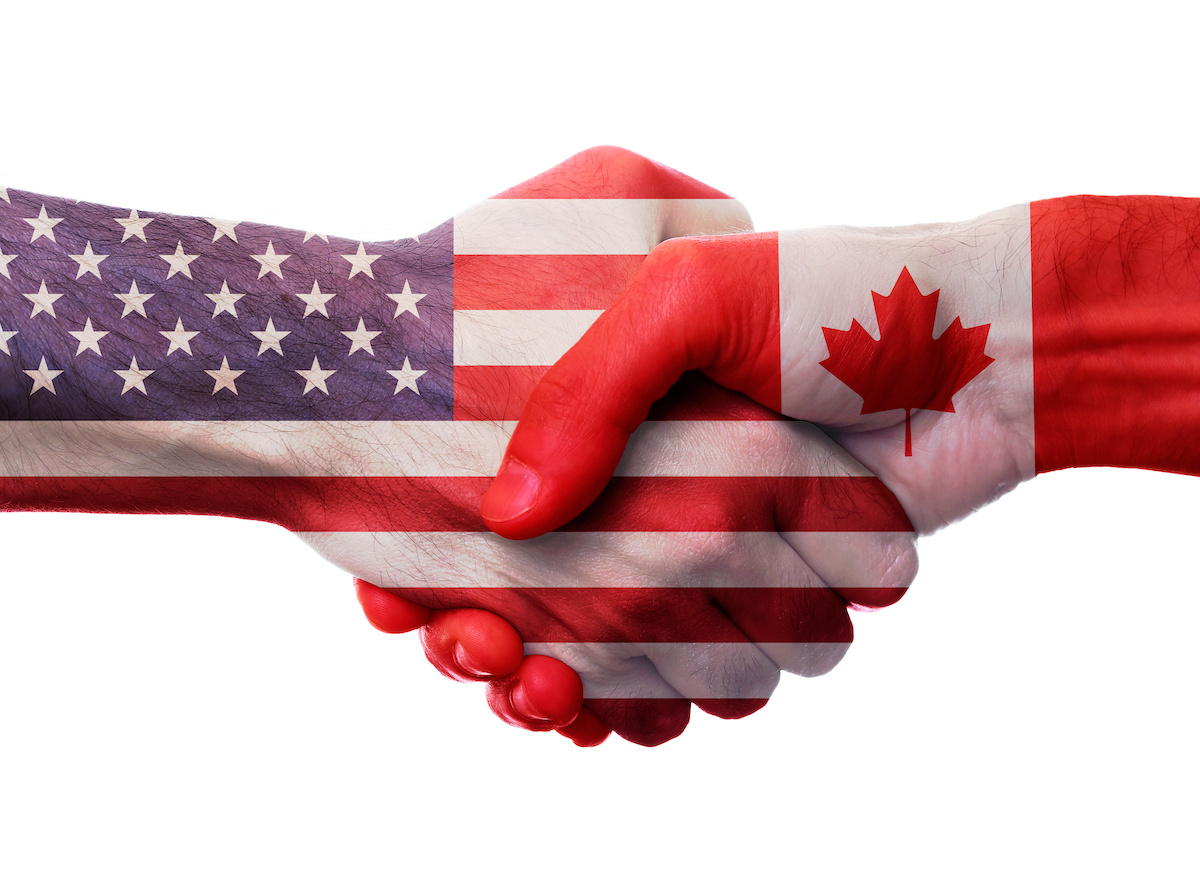