We have tipped our hat several times to the “real people” of BC’s pro-LNG campaigns: FSJ for LNG, FNforLNG, and their members who took the LNGorBust bus to Ottawa.

Now let’s salute an Alberta couple from Red Deer, Nicole Wapple and Jeff Malchow. They will lead a cross-country rally in the fall, and tell politicians in Ottawa why Canada needs pipelines to get Alberta’s oil to tidewater and on to overseas markets.

They will also tell parliamentarians about the unemployment and social devastation around them in Alberta, stemming from challenges to the oil and gas sector. And how Ottawa’s political decisions on resources affect families.

Nicole’s husband, father and grandfather have all worked in the oilpatch, and she is involved with Rally for Resources (R4R), which plans a convoy from Western Canada to Ottawa, to promote responsible resource-based development and industries.

Rally for Resources originally planned a summer mission to Ottawa, but that was delayed by the Fort McMurray wildfires.

“Everybody got sidetracked helping out with that,” says Wapple. “And so it should be.”

But R4R did host Alan Yu and the LNGorBust team from BC as they headed through Red Deer en route to Ottawa.

Nicole and Jeff’s R4R campaign will be off to Ottawa in September, after Parliament’s summer break. 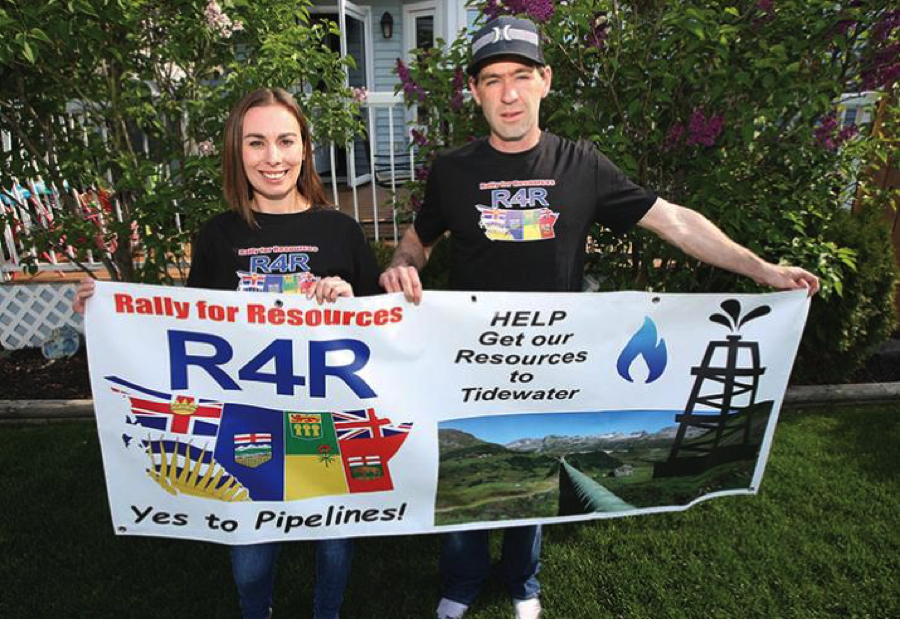