Some pertinent information for the nation to contemplate

Let's pause, as Canadians, for a moment and contemplate Hansard from the Legislature of Alberta on the morning of May 23rd, 2019. Stewart Muir looks at the situation. 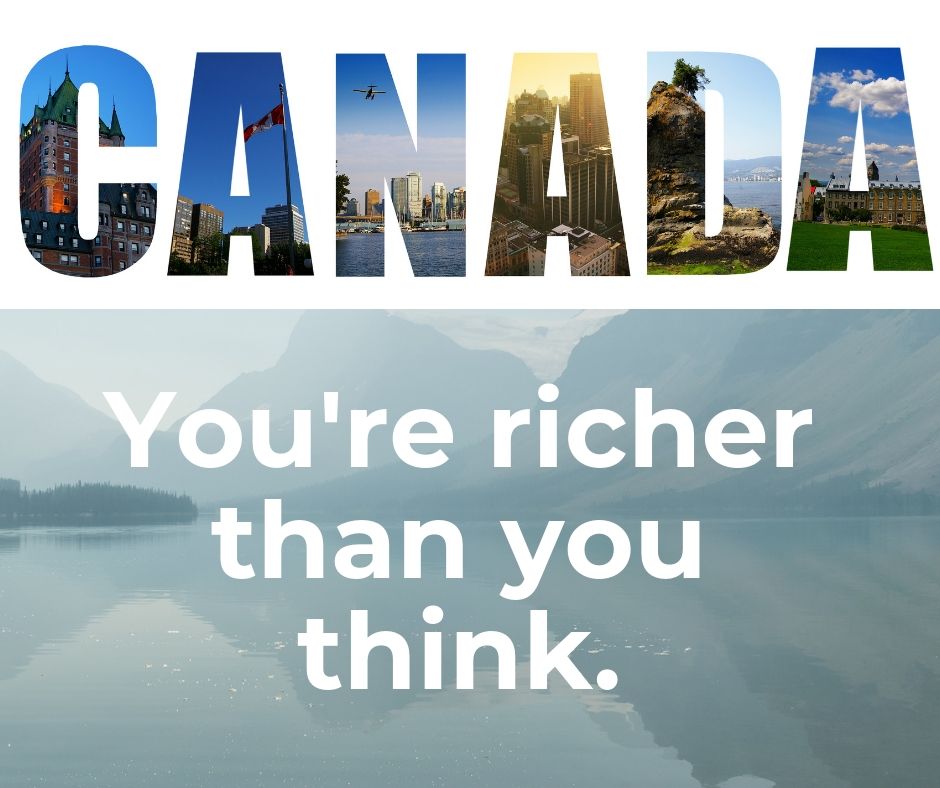 Let's also contemplate that the national media did not report this screaming headline across the nation, as it might hopefully provoke some fair questions regarding the state of the media in this information age.

In a statement by the Premier of Alberta, we were offered what some might consider pertinent information for the nation to contemplate, if briefly before casually tossing it off: the value of Alberta's oil asset.

In current dollars, the value of the third largest oil reserve on earth turns out to be this staggering sum: Sixteen TRILLION dollars. This was the first time that I heard the value of Alberta's current oil resources monetized. This doesn’t even include the value of similar petroleum assets in surrounding provinces and territories. (Premier Jason Kenney's full statement is contained here.)

If there is any question of whether or not Alberta can play hardball in the nation, including going it alone, this figure should quietly put any doubt to rest.  And yet, this is the state of the nation, where so many Canadians are squeezed by many leaders right now to downsize their dreams, aspirations and potential. Where a prime minister pretends that the project of maintaining prosperity into the future can somehow be accomplished by squeezing to death the very industries that brought us that prosperity in the first place. Where so many Canadians struggle with debt, can't afford housing, can't afford land prices, take on debt for education and training— and in some cases retraining in the face of government decisions that downsize whole industries, decisions that have not been subject to the analysis of the economic and social impacts. Where every level of government carries debt for a total of $1 trillion, enriching lenders – mostly foreign ones – in the form of unending interest payments.

Dalliance, delay and a multitude of strategies, prancing to the steady beat of the ideological drums are the means to price or landlock a Crown jewel, a centrepiece, of Canadian's natural resource legacy.

If the world laughs at us, well, perhaps one might hope this laughter will pierce our complacency.

As growing numbers of citizens begin to grasp the enormity of the assets that the federal government is actively taking out of reach of their rightful owners, Canadians, the true price of lost potential is beginning to manifest. It’s not just the continuing loss of the best-paying jobs that happen to generate the trade surpluses that we could not otherwise obtain. It’s proportion and sheer magnitude of the target of these initiatives targeted to be burned at the stake for a variety of claimed sins.

What utter madness to be living today in a country where a national leadership vision could involve lining up a long line of resource-sequestering assessment regimes and other legislative lockdowns. To be witnessing the actual implementation of a strategy to down-size our aspirations for an oil and gas industry so that it is limited to meeting domestic demand (knowing full well that the cost of major infrastructure to cross the land requires, almost without exception, export markets). To be seeing a level of hubris or contempt for Canadians that it is hard to fathom, much less swallow. To be seeing that a national leader would propose such a strategy without giving any thought whatsoever to studying the economic, social and environmental effect of these decisions, before stumbling ahead applauded and enabled by eco-fanatics, energy fantastists, protest-for-a-living hacks, and the various minions of American philanthropic foundations who have ingratiated themselves with the federal politicians by showing them how to grub more effectively for the anxiety-induced urban vote, so that they can, in return, be placed in charge of “change” for Canada, because, after all, we unwashed colonials are incapable of seeing for ourselves how to self-destruct our own economy and need their help to do it.

Imagine, on the other hand, what it would look like if, instead of the self-flagellation, we unleashed these resources in a timely way. Think of what we might achieve then. Economic prosperity within reach across the nation. The ability to economically accommodate both immigrants and an aging population. The elimination of the national, provincial and First Nations debts. Economic reconciliation with First Nations in a generation or less. Investments in education, research and development and the capacity to finance technology transfer and programs to other parts of the globe, helping others to leapfrog to prosperity.  Dividends to invest in transformative environmental and conservation programs.

It is worth pausing on the import of the land and resource sequestration exercises, to consider what Canadians are giving up, at a personal level, from alternative land use. Consider the impact of a 47,000 square kilometre package, where that was the amount of land being set aside permanently from any economic use. Here’s an alternative picture. Take the same land, and allocate it in 5-acre parcels to 2.5 million Canadian households for remote land use, allowing these households to enjoy a land position, and participate in programs for wildlife and wilderness conversation. Whole families would enjoy intergenerational stewardship as a part of regular life. Okay, there are some huge impracticalities in this idea, but let’s set those aside for the moment. At a time when options seem to have been steadily narrowing, why not try to widen them, and bring back wildlife and wilderness conservation that folks can participate in personally.

We would be well to consider that conservation need not just be about vote-gathering, advocacy-appeasing, philanthropy-indulging strategies. We would be well-served, as Canadians, to consider whether we might be richer and more capable of taking care of lands and resources than we think.

It is truly hard to fathom the power of ideology when we are in its grip. But there it is, miring us in a politics of downsizing the nation's patrimony and its citizens’ aspirations. Meanwhile, that single figure, sixteen trillion,  is nowhere to be found in the context of national discourse. How exactly did the media miss that? How did they miss a unanimous vote in a provincial legislature of some considerable import in the nation, where all parties stood up in resistance to federal bills that have been wrought to take Canada out of the prosperity game?

Churchill, in a speech almost 100 years ago, detected the effects of what he called “mass effects” on modern life, and it is worth reading his soliloquy again today, in its entirety, for insight, solace and myriad good questions, including whether or not modern life indeed renders us blind to things more clearly visible in simpler circumstances. Here’s a brief extract:

We are witnessing a great diminution in the number of independent people who had some standing of their own, albeit a small one, and who if they conducted their affairs with reasonable prudence could live by no man's leave underneath the law. They may be better off as the salaried officials of great corporations; but they have lost in forethought, in initiative, in contrivance, in freedom and in effective civic status.

These instances are but typical of what is taking place in almost every sphere of modern industrial life, and of what must take place with remorseless persistency, if we are to enjoy the material blessings which scientific and organized civilization is ready to bestow in measureless abundance.

Because sixteen trillion is indeed worth catching a glimpse of, breaking our gaze on whatever daily grind, chore and small pleasure we find ourselves focused upon, especially if this glimpse is to be only fleeting, if we are going to subside to the mass effects of modern life.

Like the bank advertisement that insists “you are richer than you think”, Canadians really are richer than they think. But cleverer minds are busy closing off the options for our future, so that even if a time comes when Canadians have both the necessity, and the requisite confidence to do so, the ability to do so may no longer exist.

And isn’t that the whole idea of the sequestration movement?