DYK? The pipeline's expansion is legally in the national interest, and the approval process heard from 1,650 intervenors and commenters. 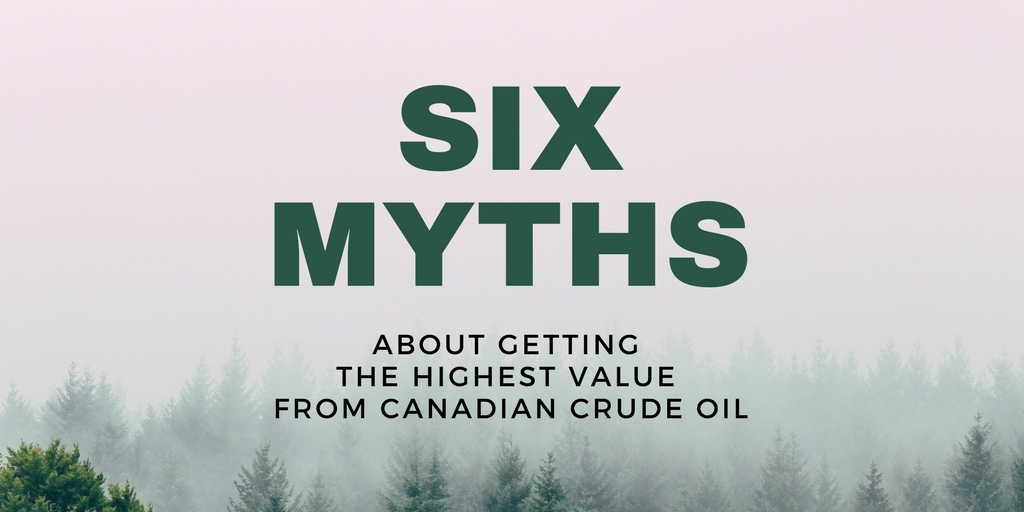 It seems like there is a cottage industry these days for a very small number of academics, economists and politicians to pretend that fundamental truths about the Canadian resource economy are simply a matter of opinion.

While everyone is entitled to their view and we are very fortunate to live in a country where views can be freely shared, when it comes down to fundamental facts, the public is entitled to know what they are getting straight information.

That's especially the case when publicly funded academics are using their taxpayer-funded roles to create fear by disseminating claims that have already been dismissed by authorities for the simple reason that they are not credible. (Case in point being this recent article by SFU professor Tom Gunton, which makes numerous spurious claims seemingly based on the unifying idea that governments, economists, investors, regulators and business executives are all thoroughly incompetent, or worse.)

Those who care about economic and environmental balance have a responsibility to speak up when they see something amiss.  I have, for example, analysed a video from one infrastructure investment critic and found numerous statements that do not stand up to scrutiny. These misstatements of fact are worth looking at more closely, since they come with the authorization of one of British Columbia's largest municipalities, the City of Burnaby, when it comes to the contentious twinning of the Trans Mountain Pipeline.

Myths like those being perpetuated by Burnaby have serious negative consequences for Canadian prosperity, including residents of Burnaby itself. Here is a video featuring the original statements from Robyn Allan for the City of Burnaby:

Let's take a look at the most glaring errors being related in that video. I'll focus on six of them.

1. Trans Mountain is not in the national interest

I call this one "false".

We have made this decision (to approve Trans Mountain) because we are convinced it is safe for BC, and it is the right one for Canada. It is a major win for Canadian workers, Canadian families, and the Canadian economy.

Canadian constitutional law establishes that the federal government has jurisdiction over interprovincial infrastructure such as railways, canals, hydro lines and pipelines. Federal jurisdiction is also granted on seacoasts, navigation, shipping, trade and commerce.

Paragraph 92(10)(c) of the Constitution Act, 1867 establishes federal government primacy over provincial jurisdiction on infrastructure "declared by the Parliament of Canada to be for the general Advantage of Canada."

Robyn Allan is not a representative of the federal government nor does she have any recognized expertise in Canadian constitutional law. She asserts that the Trans Mountain project does not advance Canada’s economic interests, nor does it facilitate Canada’s climate change commitments (presumably under 2016 Paris Agreement) demonstrating ignorance about the legal parameters for what constitutes a declaration of national interest. She has no legitimate basis for this claim.

2. The Trudeau government promised the Trans Mountain project review would be redone

The Prime Minister has never stated the Trans Mountain project review would be redone. Ms. Allan bases this assertion on a YouTube video taken in Esquimalt (August 20, 2015) where a person asks Justin Trudeau whether the proposed NEB overhaul applies to the Kinder Morgan project.  He replied:

“Yes, yes. It applies to existing projects, existing pipelines as well...because we’re going to change the government and that process has to be redone.”

The federal Liberal campaign commitments on pipeline project reform explicitly applied to process changes for increased consultation as part of their environmental platform. This stated,

We will immediately review Canada’s environmental assessment processes and introduce new, fair processes that will:

We will modernize the National Energy Board (NEB), ensuring that its composition reflects regional views and has sufficient expertise in fields like environmental science, community development, and Indigenous traditional knowledge.

On January 29, 2016 the Government of Canada announced Interim Principles for major pipeline projects. The interim criteria specifically established for the Trans Mountain project only necessitated additional consultations (including Indigenous engagement) and a Ministerial panel to make a recommendation about the project to the federal government. Under these conditions, the project received federal approval in November 2016.

3. There was a lack of opportunity for (impacted) citizen engagement

Section 55.2 of the National Energy Board Act requires the NEB to decide whether applicants who seek to participate in a hearing are “directly affected” by the project proposal or whether they have “relevant information or expertise.” The Act establishes that the Board must hear from those who are directly affected and may hear from those who have relevant information or expertise.

The Board received 2,118 applications to participate in the TMX hearing. The three-member Panel, acting on behalf of the Board, ruled that of those, 78% of the applicants would be granted the opportunity to participate in April 2014:

35 Indigenous groups and individuals delivered Oral Traditional Evidence over 20 days in 5 locations from August 2014 to January 2015.

4. The National Energy Board cannot be trusted; it is an industry-captured regulator that does not make decisions in the public interest.

Everyone's entitled to their opinions, and in this case Ms. Allan is simply sharing the perspective of a vocal opponent of the NEB who is willing that make unsubstantiated claims. But as far as facts go, those are nowhere to be seen in the claim that the NEB's authority violates the basic principles of natural justice and procedural fairness and does not duly consider the Canadian public interest. She has never cited case law or legal precedent to support these statements.

During the NEB Trans Mountain hearing, Ms. Allan (and others) filed a motion requesting the Hearing Panel amend the Hearing Order for the Application to include a phase for the oral cross-examination of witnesses. The Hearing Panel denied these motions in a single ruling, stating

“In the Board’s view, the legislation makes it clear that the Board is master of its own procedure and can establish its own procedures for each public hearing with regard to the conduct of hearings. This includes the authority to determine for a particular public hearing the manner in which evidence will be received and tested. In the circumstances of this hearing, where there are 400 intervenors and much of the information is technical in nature, the Board has determined that it is appropriate to test the evidence through written processes. All written evidence submitted will be subject to written questioning by up to 400 parties, and the Board.”

Natural justice is defined as the rule against bias and the right to a fair hearing. Procedural fairness requires a fair and proper procedure be used when making a decision. The Trans Mountain Hearing Panel remained in scope with its legislative mandate under the NEB Act and thus adhered to both procedural fairness and natural justice.

5. Trans Mountain Pipeline Expansion is not a pipeline twinning but an entirely new project

This statement is misleading. Ms. Allen represents the additional infrastructure (tank farms, terminal development, etc.) required in Burnaby to support the increased pipeline capacity as new development and thus a new project.  The project map clearly establishes that the project itself is a pipeline twinning.

Ms. Allan also comments that the original Trans Mountain project did not submit environmental impact assessments and would not have been approved under modern regulatory review, given the level of impact on the community, an interesting position considering her maligning of the NEB’s regulatory review process. She also ignores the needs assessment that would have been part of the project proposal (“…just because it (the pipeline) exists doesn’t justify the irrational logic that it (the expansion) should be acceptable”).

6. That it's nonsense to claim that Kinder Morgan’s investment in this project benefits Canadians

Financial advisors across Canada are urging their customers to add stocks such as Kinder Morgan for the simple fact that oil pipelines are the economic mainstay of the nation, producing reliable dividends over many decades. Canada's crude oil exports are often referred to as the thing that lets Canada "pay the rent" as a country, because they deliver to the country overall the strongest trade surplus of anything we export.

Over the short term, getting correct information into circulation is a role that any person can take on for themselves. Over the longer term, Resource Works urges those with divergent views to develop better methods of communicating with each other before, during and after projects are implemented.