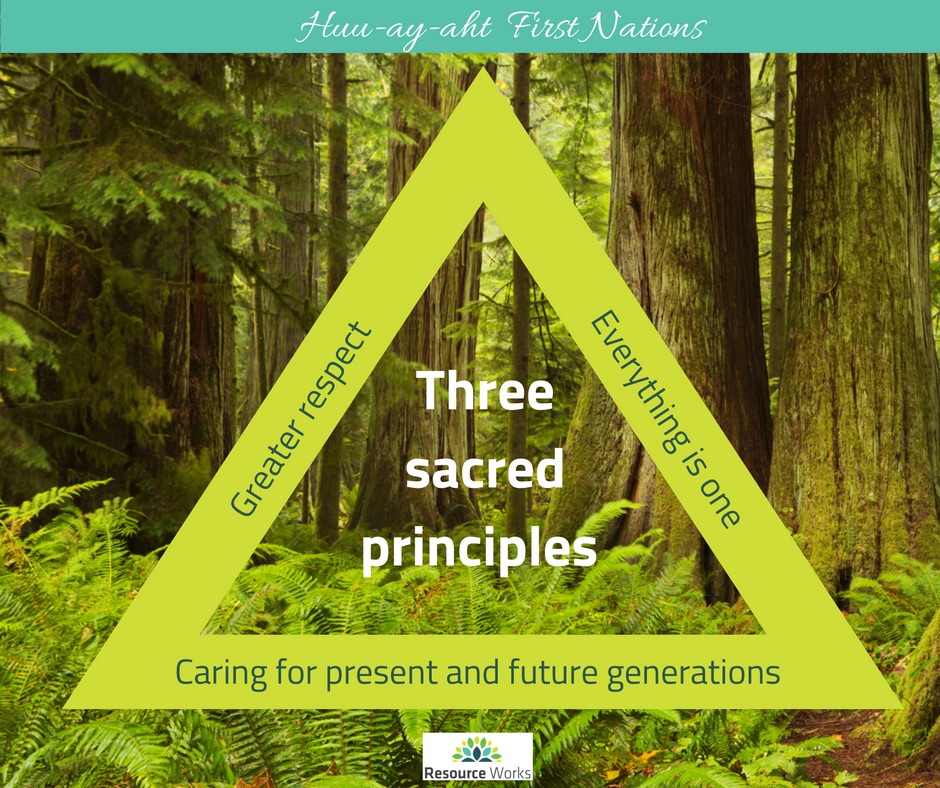 The  Huu-ay-aht First Nations issued a carefully worded statement in Victoria this week on the heels of a surprise move at the Union of British Columbia Municipalities to ask for a ban on old-growth logging.

"As stewards of our lands for generations, the Huu-ay-aht First Nations is troubled by Resolution C27, which takes away from our legal and historic right and responsibility to manage our lands and resources as our hereditary leaders and duly-elected government see fit," said a news release from the Huu-ay-aht.

For First Nations pursuing economic advancement on treaty lands, the attempt by mostly urban delegates to block indigenous economic development is a cruel blow, and a sharp contrast to progress being made at other levels of government.

There’s approximately 1.9 million hectares of Crown forest land on Vancouver Island, the province of British Columbia said in a statement, and over 840,000 hectares of that is considered old-growth. The statement said over half of those old growth forests will never be logged.

The full text of the Huu-ay-aht news release is worth sharing:

The modern treaty, the Maa-nulth Final Agreement, grants to the Huu-ay-aht: self-government, ownership of its own lands and resources, a stewardship role on Crown lands within Huu-ay-aht territory, as well as a Crown forestry tenure. The Huu-ay-aht First Nations also holds a seat with the Alberni-Clayoquot Regional District. As a result, we also fully-participate in the proceedings of UBCM. We are disappointed in the lack of consultation and full debate on the matter, as well as the means by which it was brought up and passed in short order.

“As First Nations, we are stewards of the forestry resources on our lands,” says Chief Councillor Robert J. Dennis Sr. of the Huu-ay-aht, “and in Huu-ay-aht territory, our forestry is not only sustainable but guided by three sacred principles: ʔiisaak (greater respect), Hiš uk ma c̓ awak (everything is one), and ʔuuʔałuk (taking care of present and future generations).”

While we understand that there are and will be First Nations communities that oppose the harvesting of old-growth on Vancouver Island, we would like to point out that it is the responsibility of First Nations and the Provincial Government to consult on and manage Crown lands and not that of local governments.

“Environmental groups do not speak for us on forestry issues,” Chief-Councillor Dennis continues, “I would have hoped local governments would realize that sustainable forestry begins with consultation and accommodation of First Nations’ interests. A unilateral and one-size-fits-all resolution calling on the Province to ban old-growth harvest on our traditional territory is completely unacceptable.”

While delegates of the UBCM may now urge the Provincial Government to take action based on this resolution regarding halting harvest of old-growth timber, the Huu-ay-aht First Nations will insist that the Province continue its practice of respecting our right and responsibility to manage our lands according to our ancient principles and modern, sustainable methods.

It is not only the Huu-ay-aht First Nations who had trouble with the vote.

“First Nations understand both the ecological and economic importance of old growth forests. We are disappointed that UBCM passed such a short sighted resolution with no discussion with First Nations. We have worked closely with industry and government to ensure there will always be a sustainable supply of old growth trees now and into the future for use and enjoyment of all British Columbians.”

Provincial forest minister Steve Thomson later assured delegates that British Columbia's well-functioning approach to forestry management was not at risk of being upended by the motion. However, the forest industry broadly speaking needs to give consideration to how well the issue is understood by British Columbians at large, particularly in advance of the upcoming provincial election.