Getting a better understanding of the Mount Polley mine

Like everyone else, we at Resource Works anxiously await more details about how this accident happened, what impact it will have and how we can ensure this does not happen again. While we await those details, it is perhaps useful to learn a bit more about the broader context in which this accident occurred.

The Mount Polley mine

The Mount Polley mine is built on a copper-gold deposit 57 kilometres northeast of Williams Lake, in BC’s Cariboo region. Its mineral richness was first discovered in 1964 and it has been extensively explored and tested by various mining companies since then. 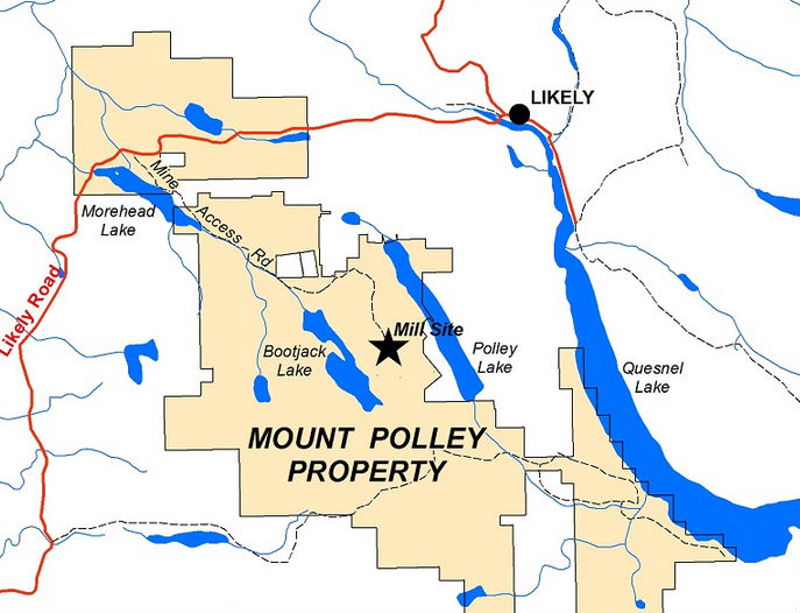 Imperial Metals bought the property in 1987 and began extensive drilling to further identify what metals could be mined there. Their mine development licence was granted in 1992 and the mine began production in 1997. The mine was temporarily shut down in 2001 due to low mineral prices, but it has remained operational since 2005.

In 2013 the Mount Polley mine produced 17,500 tonnes of copper, 1.3 tonnes of gold and 3.5 tonnes of silver. The main product of the mine is copper concentrate, which is taken by truck to the Port of Vancouver and shipped to smelters in Asia, where Imperial Metals currently has contracts to supply copper to three customers.

The mining process and its byproducts

Mount Polley is an open-pit mine, which describes a method in which a large area is excavated in order to extract ores that contain valuable minerals. The copper, gold and silver in this ore comes in very small grains, often no more than 0.05 millimeters thick, and separating this material from the surrounding rock requires an extensive milling process. The ore has to be crushed and ground into very fine particles and mixed with water. The valuable minerals can then be separated using a flotation process.

The water and waste rock that is left over are called “tailings,” and they are piped into a reservoir near the mine. Some of this water is reused in the mining process. (Information about the Mount Polley mine is from here and here.)

Tailings, therefore, are comprised of water, rock particles and chemicals that are either present in the rock or introduced in the milling process. As this material can be harmful to the surrounding environment, tailings are regulated by the federal and provincial government. The objective of this regulation is to ensure that tailings are confined to a limited area until they can be disposed of safely in the future.

The reservoirs in which tailings are stored are often built into existing valleys or depressions that are closed and reinforced with dams and berms. Each tailings reservoir is designed according to the kind of material it will hold and the nature of the surrounding environment.

The design and maintenance of a tailings facility is subject to extensive federal and provincial regulation, and is a key component of the environmental assessment major industrial projects must undergo before they are licensed to operate. In BC, the Ministry of Energy and Mines oversees overall regulation of mining activity and the Ministry of the Environment must authorize any waste that is discharged into the environment. (Regulatory information from here and here.)

In Canada, government regulators and the resource industry are constantly researching ways to improve the containment and management of hazardous materials. Last year Natural Resources Canada released a compendium of 45 research projects it is supporting in order to improve tailings management. These involve studying characteristics of specific ecosystems, exploring the use of remote sensing equipment, examining different remediation techniques and many other topics.