This article by Stewart Muir appeared in The Globe and Mail on May 2, 2019. 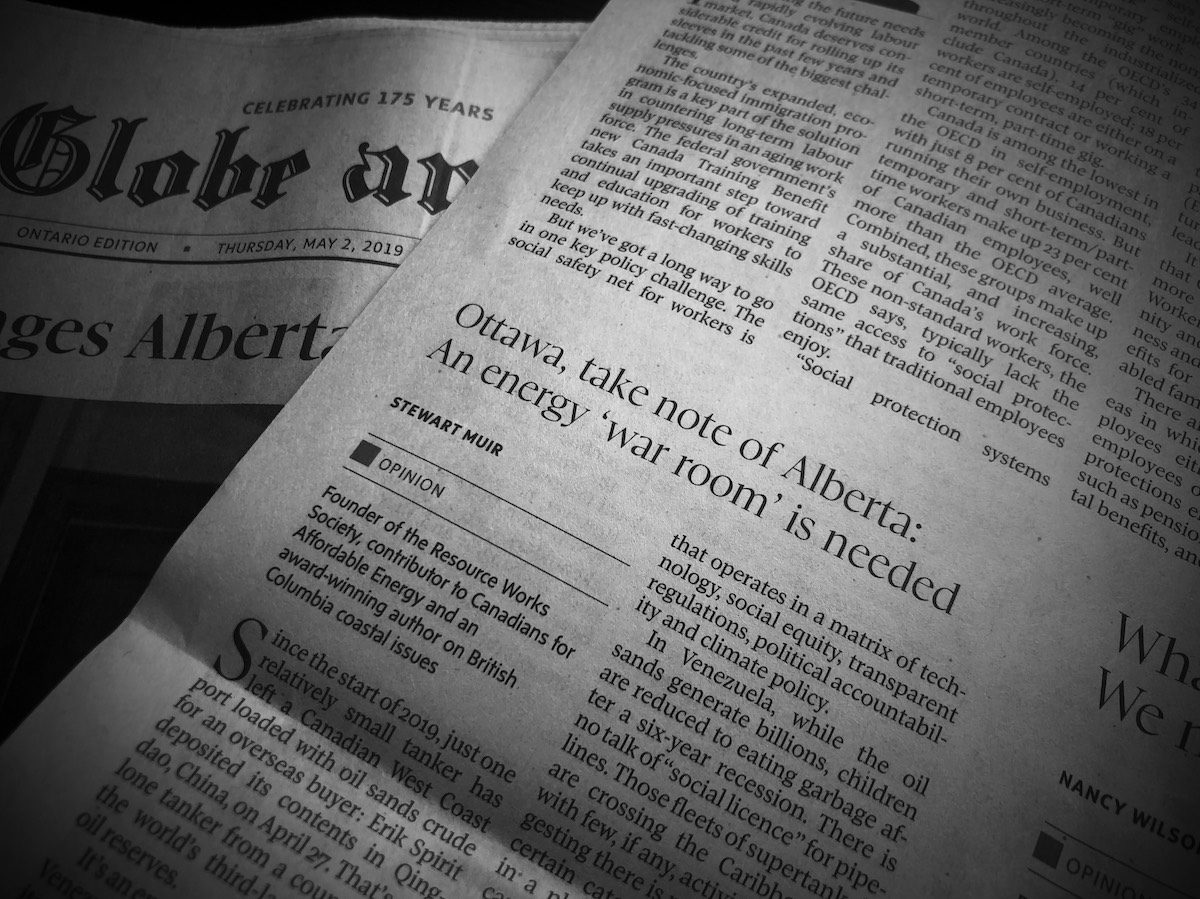 See the article as it appears at The Globe and Mail at this link.

Since the start of 2019, just one relatively small tanker has left a Canadian West Coast port loaded with oil sands crude for an overseas buyer: Erik Spirit deposited its contents in Qingdao, China, on April 27. That’s one lone tanker from a country with the world’s third-largest proven oil reserves.

It’s an entirely different story in Venezuela, which has developed its strikingly similar oil sands reserves as well as the infrastructure to move product to tidewater. Notwithstanding the current turmoil, that nation has managed to export its oil to overseas markets. In March alone, according to Tanker Trackers, the country shipped out US$1.9-billion worth of crude. That’s about 900,000 barrels a day.

In getting its heavy oil to foreign markets, Venezuela is accomplishing what Canada has so far been denied despite years of effort: fair market value for its product. The discount to Canada of selling 900,000 barrels at March prices would be US$14-million a day. That’s less than 25 per cent of Venezuela’s earnings, or US$434-million for the entire month. We’re practically giving our oil resources away to buyers in the United States because we cannot export it elsewhere.

This is consequential, given that overcoming the lack of access to overseas markets is at the heart of so much political discord in Canada today.

The United States imposed sanctions on Venezuela’s national oil company on Jan. 28 in an effort to economically isolate the country’s contested leader, Nicolas Maduro. Are the sanctions working? Not really. Without the United States as a destination, Venezuela’s biggest customers are now India, China and Singapore. Venezuela has more customers than Canada because we have no pipelines to West or East Coast tidewaters.

On April 21, five supertankers were carrying Venezuelan crude to India while another three, plus five smaller tankers, were on their way to China.

Two of the world’s three largest oil reserves are found in unconsolidated sandstone deposits in Canada and Venezuela. In both cases, these oil sands were costly and difficult to develop. Decades ago, small but entrepreneurial Alberta companies took risks on new ideas that allowed hydrocarbons to be parted profitably from the sand. By the early 2000s, the resulting technologies were being used in Venezuela’s Orinoco belt by major international companies, enabling Venezuela’s heavy oil story to commence.

In Venezuela, while the oil sands generate billions, children are reduced to eating garbage after a six-year recession. There is no talk of “social licence” for pipelines. Those fleets of supertankers are crossing the Caribbean Sea with few, if any, activists ever suggesting there is potential harm or certain catastrophe shipping oil in a place known for its hurricanes, numerous endangered species and US$49-billion tourism economy.

Mining and oil sands development in the Venezuela’s Orinoco belt operate outside of scrutiny, resulting in ecological and well as socio-economic carnage. According to Venezuelan-Canadian journalist Isaac Nahon-Serfaty, green progressives outside of Venezuela have chosen ideological blindness over criticizing imagined leftist ideals that are in no way represented by the actual Venezuelan regime.

Why would someone opposed to the oil sands travel to Venezuela and risk a thumping at the hands of Mr. Maduro’s thugs when self-abnegating Canada is so easily accessible?

Hollywood stars such as Leonardo di Caprio and Jane Fonda have been happy to take a break while filming in British Columbia and Alberta to publicize their ill-informed opinions about Canada’s oil sands. I can’t expunge from my memory the day Ms. Fonda arrived at my local beach in Vancouver in a chauffeur-driven black Cadillac Escalade to spout distorted half-truths on the Trans Mountain project, on behalf of yet another American-funded campaign.

No wonder the big international environmental NGOs find it so easy to regularly summon their Vancouver-based foot soldiers to San Francisco, Washington and New York to imbibe the latest strategies for killing off those very bad Alberta “tar sands.”

Canada’s earnestness has been of limited effectiveness in our struggle to realize market access for a product that will continue to be used around the world for many decades to come.

When the new government in Alberta speaks of an assertive, “war room” approach to communicating the province’s interests and countering biased criticisms, it’s fair to ask, who can blame them? Everything else has been tried. For the good of the environment and Canadian economic health, the task of standing strong cannot commence soon enough.

Too many people fail to appreciate Canada represents the good guys in the international oil business. Our product is ethical, our workers are well treated, law and environmental rules followed, and Canadian families benefit directly from oil sales. Too few of the world’s top oil exporters can say the same, and certainly not Saudi Arabia, Iran, Iraq, Russia or Venezuela.

Stewart Muir is executive director and founder of the Resource Works Society, contributor to Canadians for Affordable Energy and an award-winning author on British Columbia coastal issues.