Getting over the rhetorical yelling on climate

The following is a June 28, 2019 tweet thread from Vancouver-based Rick Anderson, a principal of Earnscliffe Strategy. His starting point was the recent release of the federal Conservative climate plan, which accepts that the Paris accord commitments are a baseline for where Canada’s emissions should be in 2030 and afterwards.

“[Conservative leader Andrew Scheer’s] plan doesn’t even have goals” is emblematic of the broken conversation Canadians have regarding what should be among the more serious, more thoughtful, political topics in a nation blessed with the world’s most abundant and greatest array of natural resources.

Today’s resource industries are not the “hewers of wood, drawers of water” of some people’s narrow imaginations. They are capital-intense, financially-sophisticated, globally-competitive, science-based, technologically-advanced knowledge industries.

“The world needs more Canada” is nowhere more true than respecting resources. We produce and sell food, energy, forestry, minerals for almost every nation on Earth. We feed billions of people, we build, light, heat hundreds of millions of homes.

🇨🇦 is the world’s supply chain.

You might think a nation like that – a smart, industrious people, blessed with the great fortune of an incredible bounty of natural resources – might understand that of itself.

Perhaps, even, to challenge itself to be the world’s smartest natural resource nation.

And yet, our political discourse regarding resources is quite far from the world’s smartest.

Rather than seeking consensus, we drive wedges.

Rather than building upon each other’s ideas, we deny them.

Rather than informing and educating, we misstate and misinform.

Liberals would have you believe they “own” the climate change issue, even as they assert, more honestly, we all do.

The first Canadian Prime Minister to acknowledge the threat of climate change and to pledge reduction of GHG emissions was Brian Mulroney, in 1992.

We approach this topic as though we are deeply, irreversibly divided. Yet are we? Five successive Prime Ministers have promised GHG emission reductions: Mulroney, Chrétien, Martin, Harper, Trudeau. Scheer has pledged himself to be the sixth, should he be elected.

There are not that many national topics on which five, or six, consecutive PMs are agreed.

Yet we treat this as though it were not our political reality.

This is not characteristic of a smart conversation.

As if GMG emission goals they “adopted” were not in fact developed by, inherited from, the previous Harper Government.

As if Scheer has not explicitly re-endorsed them.

This is not characteristic of a smart conversation.

“They didn’t do anything about it”.

“We haven’t achieved anything.”

Each says these about the other.

Fact is, first three are false.

The fourth is up to us. All of us.

A little fact-checking. You likely know that for years, Canada's GHG emissions rose, more or less in line with population and economic growth.

Did you know: our GHG emissions peaked amidst a decade of economic and population growth, so that today each dollar of 🇨🇦 GDP results in 36% LESS GHG than it did in 1990?

You've likely heard that Canadians are amongst the world's highest per person emitters of GHG. But did you know: we now produce 10% less GHG per person than we did in 1990?

The purpose of presenting these facts is not to make the case that we've reached 🇨🇦's Paris GHG emissions goal.

Purpose of understanding our progress to date is this:

First, to understand change is achievable without sacrificing economic growth: cleaner growth is real, in fact happening here for a decade. Something the world's smartest natural resource country might embrace.

Second, our progress provides valuable knowledge to better understand what has worked (or not), worked best, and at what cost.

A smart conversation would use such knowledge to inform discussion of future options, rather than just yelling at each other rhetorically.

Did you know, for instance, that Canada’s electricity sector emissions have declined by 56 Mt (43%) since peaking in 2001?

Canada now has one of the world’s cleanest electricity grids, and still getting better as we approach the 2030 coal phase-out deadline.

How often do you hear Dalton McGuinty get credit for starting Ontario’s coal transition?

Or Harper get credit for making it a national mandate?

Or Trudeau, Notley, others for shortening the phase-out.

Unacknowledged amidst our wedgy partisan politics.

What analyses have we done, as a country, to learn what worked best in our coal transition?

I know plenty of enviro activists, industry pros, and policymakers who are pretty smart about this.

But those smarts can conflict, and/or be obscured/exploited by politics.

Do you know, as another instance, that emissions from heavy industry have declined by 29 Mt (29%) since peaking in 1996?

Heavy industry?1996? What caused that?

Could it be combatting acid rain, CFCs, other pollution?

Back when prople were saying “no plan” etc?

What did we learn from our progress re heavy industry emissions?

As with coal transition, that smart regulation can and does work, for one thing.

As does cap-and-trade: one of the first such programs developed specifically for the (successful) effort against SO2.

We have other stories of progress, such as building efficiency, and landfill➡️composting (both = emission reduction). We are getting better - smarter - at using natural resources more sustainably, better at understanding relative effectiveness of various approaches.

Beyond our own borders, 🇨🇦 is contributing to other countries reducing emissions, by supplying cleaner alternatives like LNG to replace coal-fired electricity. We can be/are at the forefront of new technologies that are making resource use more sustainable.

IMO this is more marathon than sprint, and a marathon which did not start yesterday, nor with today’s particular governments, but two decades ago. During that time, we’ve learned a lot, become smarter. And we have to continuing that learning.

Finally, can we envision making ourselves not just the world’s most fortunate people in natural resources, but the smartest, best, leaders at their sensible, sustainable use?

I like Norway, but let’s claim that space for Canada.

Speaking of which, Happy 🇨🇦 Day! 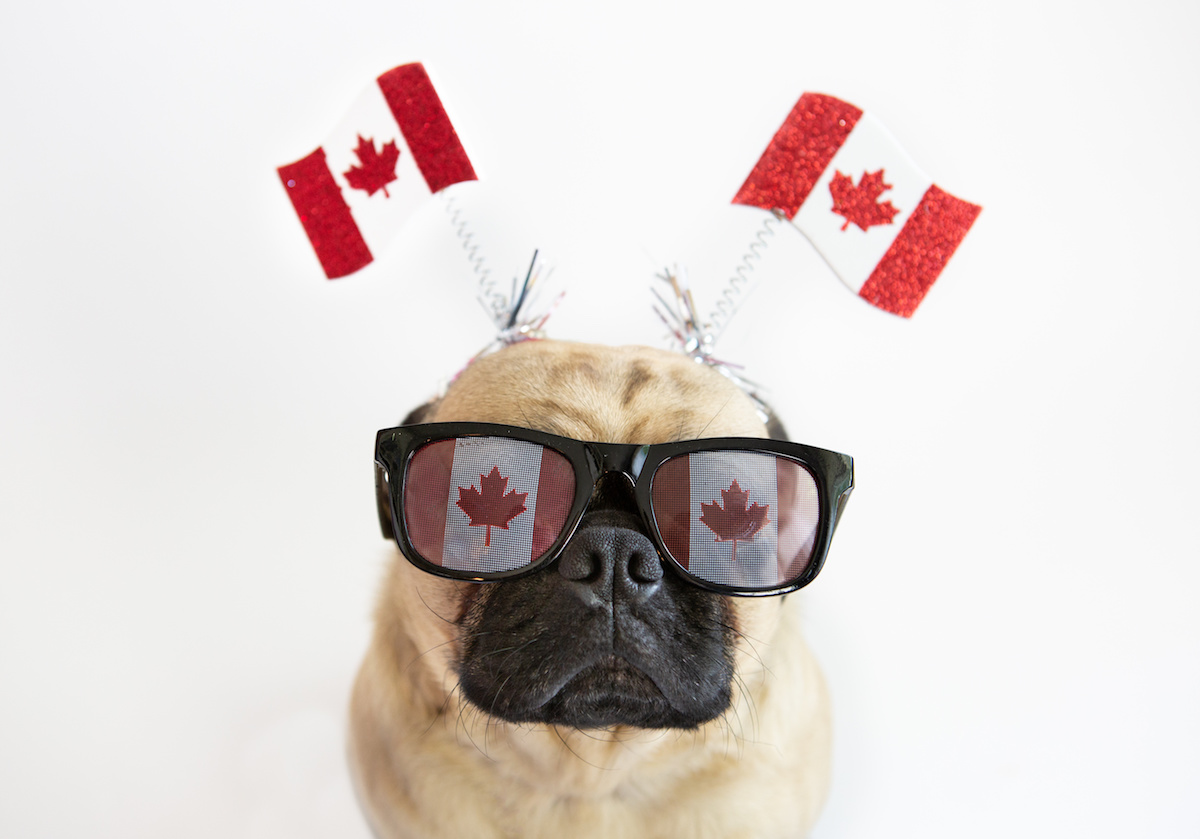