Questioning the “100% renewables” idea might land you in court

When a group of energy scholars wondered about the assumptions behind a “100% renewable” campaign, they got a nasty surprise: a $10 million libel threat. The man behind that threat is renewables crusader Mark Jacobson and this week he is in Vancouver trying to stop climate-friendly LNG exports.

Imagine a world with all the energy we needed, but without any harmful side-effects to worry about. That’s the “100% renewables” vision touted by American academic and LNG opponent Jacobson..

Be careful about asking tough questions, though. Jacobson might just sue you if you do.

Transitioning to a diverse portfolio of clean energy technologies to enable a low-carbon-emission energy system is a broadly accepted goal. Reducing the impacts that come from human energy choices is a climate issue, an environmental issue, a political issue, and a social issue.

Given that a modern person consumes the equivalent of 200,000 calories of energy per day, how we arrive at a lower-impact status is a question for everybody, one that should be vigorously examined and debated.

But as an advocate of the “100% renewables” movement, Jacobson takes tetchiness to extremes by attacking those daring to ask questions about his concept – so much so that he went to court to silence a group of experts who published a paper in a scholarly journal, Proceedings of the National Academy of Sciences (PNAS).

This is the article that Jacobson sued over.

In it, 21 highly credentialed academics identified a number of Jacobson’s assertions that, in their view, did not stand up to scrutiny.

Instead of responding through conventional argumentation, Jacobson’s response was to accuse the questioners of libel and demand $10 million. He later dropped the suit, but the puzzlement remains. What was so contentious?

Common-sense stuff. Whether their skepticism is fully justified has not been resolved because it sounds like Jacobson preferred litigation over open dialogue. Given what is at stake, that is a real problem.

The City of Vancouver has also signed on to the 100% renewables cause. Recently, this led to the attempted ban on natural gas, also a controversial plan with unexamined consequences that Resource Works critiqued in this report. If even some of the critical points are correct, it raises the question of whether billions of dollars in public investments are being deployed responsibly.

And it's also consequential because Jacobson will be speaking in Vancouver this week in a bid to stop Canadian LNG from reaching Asia, where it is needed to help lower emissions.

The problem with these aspirations is not the good intentions, which we all share. Typically, it rests with the actual plan for implementation. The best collaboration comes when we are not afraid to challenge assumptions and test multiple solutions; threatening questioners with ruinous litigation is hardly the way to accomplish that.

Too tough on transition?

LNG Canada, the recently approved $40 billion liquefied natural gas project, will remove the equivalent of 19 million cars from the road if the gas is used to replace coal in electricity generation.

By threatening litigation instead of engaging in honest dialogue on transition issues, Jacobson has done the broadly shared transition cause little service. It is challenging enough to lower emissions in the real world without saddling the mission with dogma. Unless there is a more open approach to dialogue, we are not going to see the kind of progress that is urgently needed.

Perhaps this week we'll see an improvement on the situation when Jacobson (pictured below) delivers the 2018 Gideon Rosenbluth Memorial Lecture, sponsored by the Canadian Centre for Policy Alternatives and UBC's Vancouver School of Economics, on October 25 at 7 p.m. at the Simon Fraser University Segal Graduate School, 500 Granville Street. Registration is required. 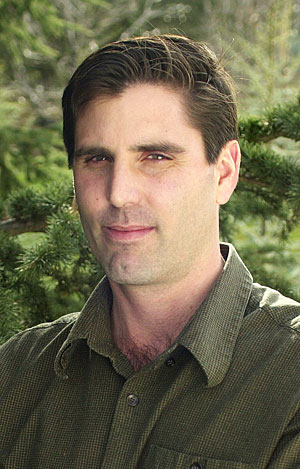