BMO economists see strength in BC forestry and LNG, but difficulties in mining

BMO Capital Markets has released its impressions of the BC economy in its latest BMO Blue Book. Here are some key points 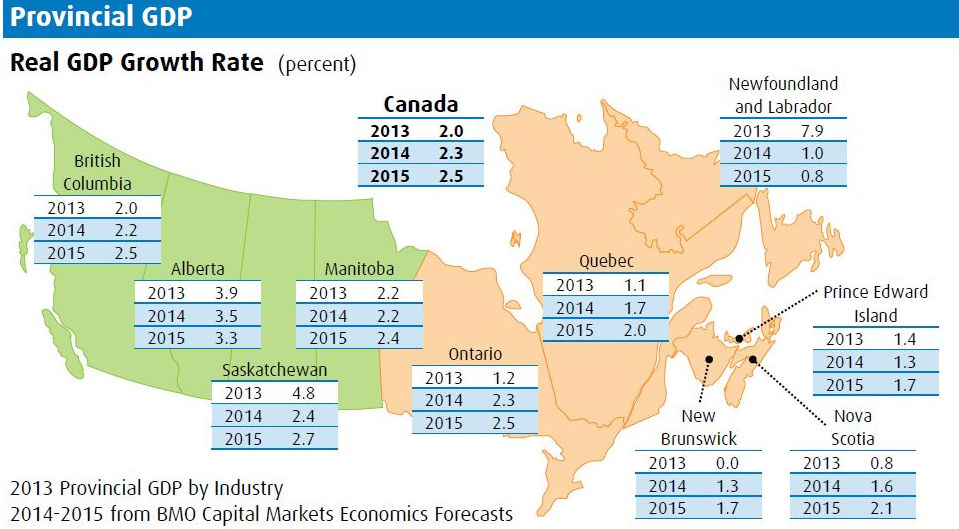 BC is expected to match Canada’s “sturdy” growth next year. This could be seen as a mildly negative sign, considering that BC has mostly outperformed Canada in the last few years.

Slowdowns in China and in mining

Downsides for BC include slower growth in China and a second year of declining investments in the BC mining sector. Junior miners in particular appear to be having trouble attracting new capital.

The BMO team expects BC will continue to see a rebound in forestry, thanks to a healthier US housing market and a low Canadian dollar. One noteworthy trend involves small BC forestry players merging into larger operations. (For more, check out our Seven signs BC's forestry sector is on the upswing).

LNG on the horizon

Potential revenues from BC’s LNG sector are still years off, but the bank reports that its customers see many economic opportunities related to pending LNG projects. The next big development on this file will be when the BC government announces its LNG tax regime.

BC has maintained a respectable 6.4 percent unemployment rate, but that’s little change from two years ago. It’s also two points higher than in Alberta and Saskatchewan, provinces which also feature higher wages. This helps explain the 6,300 people BC lost to Alberta in 2013.

Peter Severinson is the research director at Resource Works Society.