How many forestry jobs are there in BC, and how does the sector compare to the rest of Canada? David Elstone responds and shows why a ban on log exports would be counterproductive. 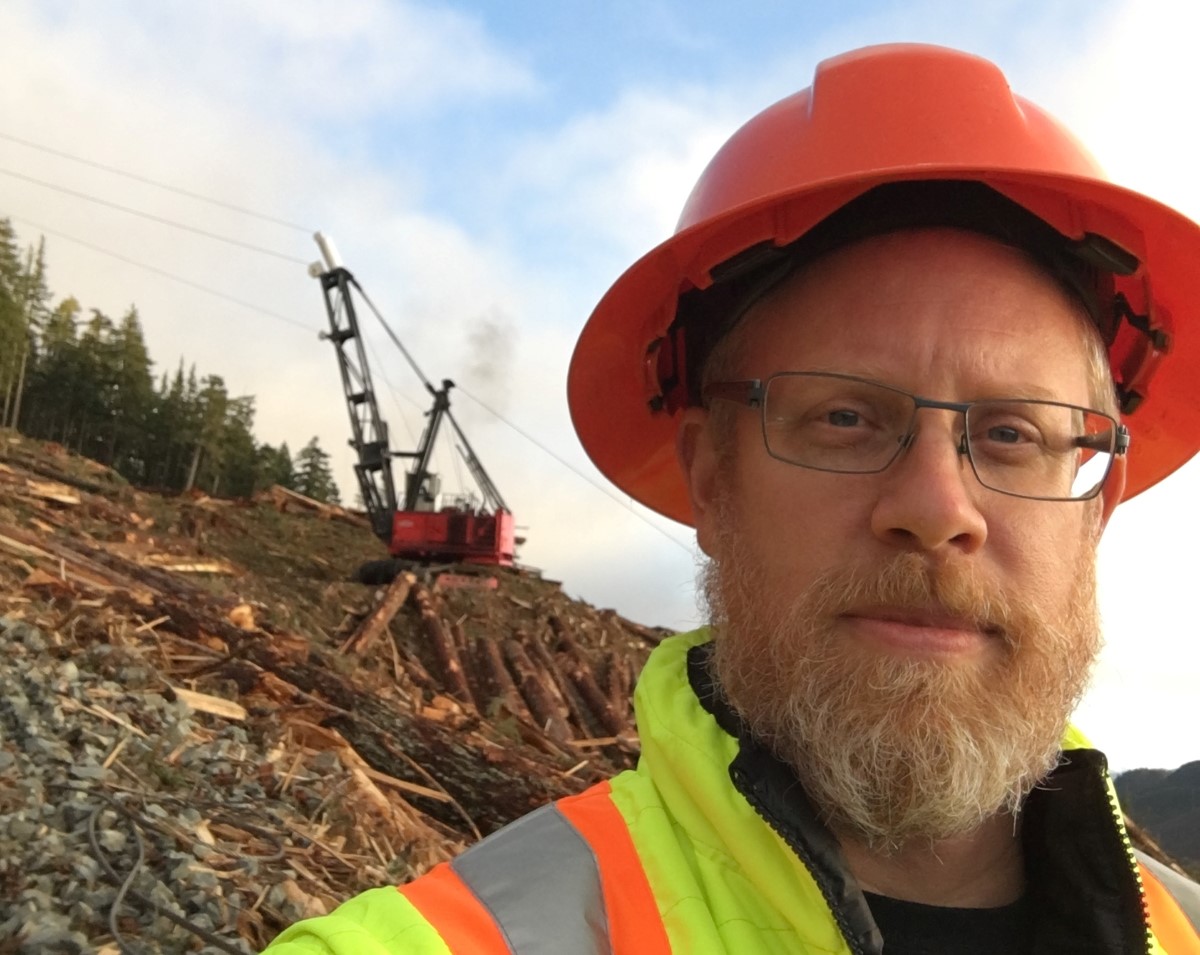 David Elstone is Managing Director of the Spar Tree Group Inc. and publisher of Right From the Stump. 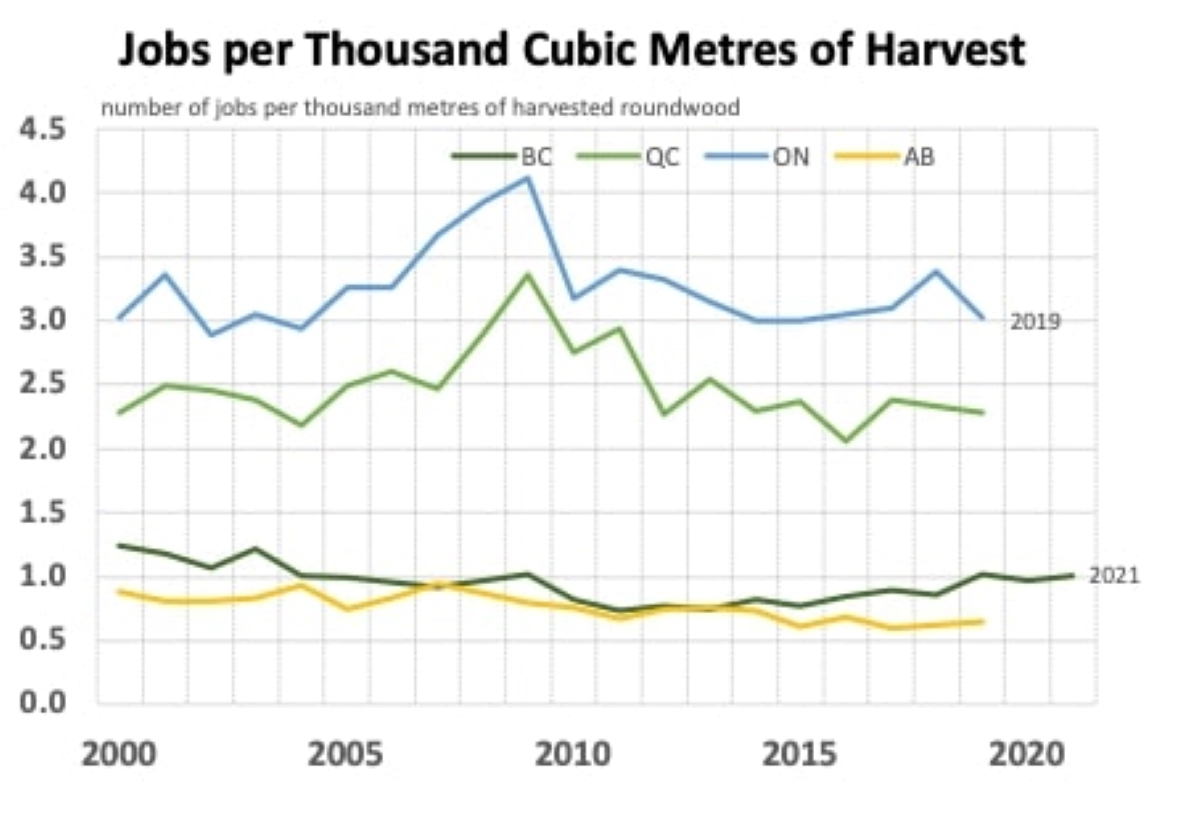 British Columbia generated an estimated 1.01 direct jobs per thousand cubic metres of harvest in 2021. Over the last five years, that statistic has averaged 0.95 jobs. The forest sectors in Quebec and Ontario generate much higher jobs per thousand cubic metres harvested (for 2019), at 2.29 and 3.03, respectively. [Up-to-date harvest data was available for BC so that’s why 2020 and 2021 data points are shown in the chart].

An immediate conclusion is that British Columbia should generate more jobs from its forest sector like Quebec and Ontario. Industry critics have said British Columbia’s comparatively low generation of jobs per thousand cubic metres harvested is due to log exports, mechanization, forest management practices and minimal value-added processing without evidence to support their assertions. Unfortunately, rarely has further analysis been done to understand the inter-provincial differences.

We can learn about the differences between these provinces by breaking down the total jobs numbers into their three main categories: Forestry & Logging; Wood Products Manufacturing; and, Pulp & Paper Manufacturing. For reference, harvest volumes are included on the left side of the following chart: 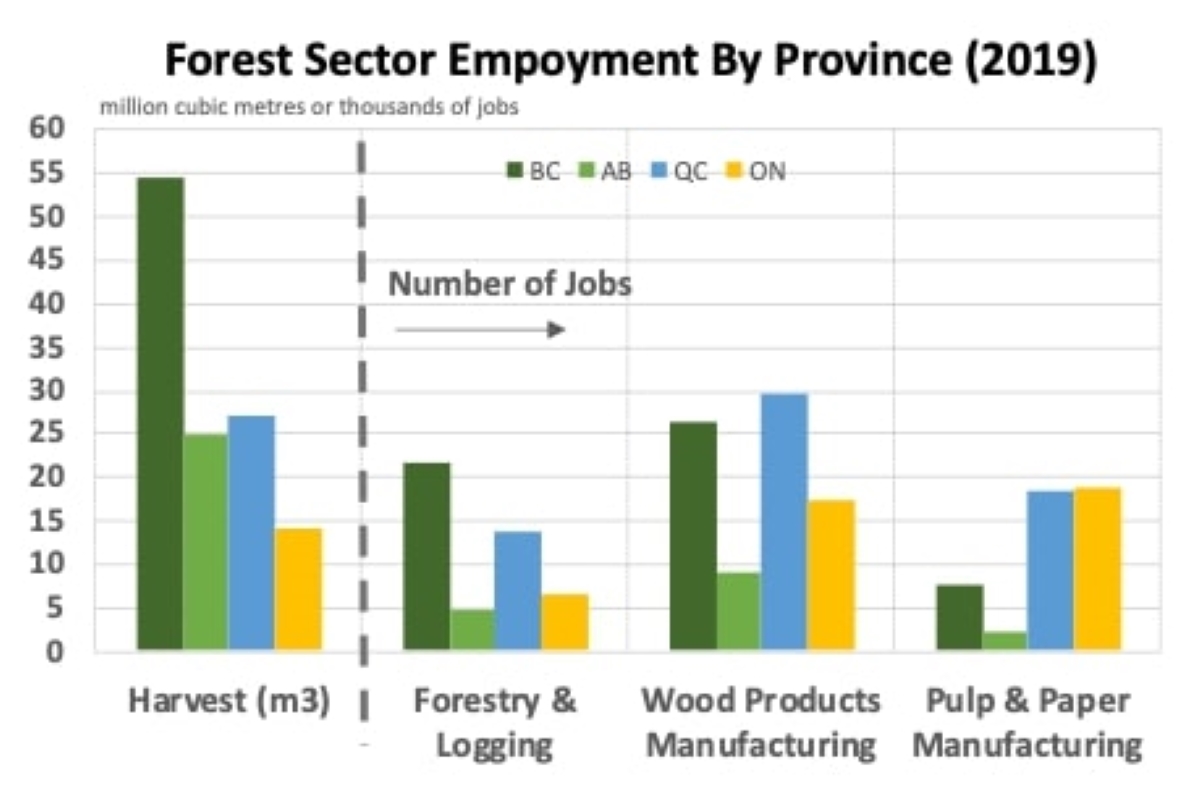 Even though Quebec and Ontario have substantially lower harvest volumes, the number of jobs created from manufacturing are close to or exceed that of British Columba. Several distinctions can be identified between the forest sectors of these provinces to explain this:

The species profile of Quebec and Ontario are much higher to hardwood species, which lends itself to specialty wood manufacturing (these species do not grow in British Columbia).

Trade flows show British Columbia is a net exporter of logs. Quebec is a net importer of logs (mostly from the United States) for processing in Quebec sawmills. Between 2018 to 2021, Quebec imported an average of 2.7 million m3 of logs per year.

Sawdust is another commodity that is imported in greater quantities into Ontario and Quebec than into British Columbia. Sawdust is used in wood products manufacturing for non-structural panels or pulp manufacturing.

Unfortunately, the jobs data does not reflect where the fibre comes from, meaning wood product manufacturing jobs in Quebec, and to a lesser extent Ontario, are relative higher because they represent harvested timber as well as a higher proportion of imported fibre. Whereas jobs in British Columbia and Alberta are fewer due to their significantly lower reliance on imported fibre.

Quebec’s and Ontario’s forest sectors are focused on pulp, paper, paperboard products which supply the large nearby population centres including those south of the border. Pulp and paper manufacturing is capital intensive and tends to suppose a lot of skilled labour.

Also, some paper product mills in Quebec and Ontario use both harvested wood fibre and recycled paper fibre for which the jobs data, again, does not distinguish between the two, thereby skewing the jobs data in favour of these two provinces.

Another differentiating factor is the number and average size of mills in each province. Quebec has by far the most sawmills, panel mills, and pulp and paper mills of any province. Many of those sawmills are small. Whereas, British Columbia has fewer mills and some of the largest sawmills in Canada. One implication is that British Columbia (and Alberta) are more efficient in terms of converting timber into various products with less labour.

Being more efficient should be regarded as a positive attribute for ensuring a globally competitive forest products sector – it means jobs should be sustained when economic times get tough.

When it comes to forestry and jobs, log exports are an easy target given the imagery of ships loaded with logs leaving the province without creating manufacturing jobs.

Let’s assume a full log export ban was in place and the 4.3 million m3 of logs exported in 2021 were still harvested and consumed domestically. Assuming a generous rate of jobs per thousand cubic metres at 2.0 jobs to the repatriated volume, British Columbia’s jobs per thousand cubic metres harvested in 2021 would increase from 1.01 to 1.11 jobs – technically an improvement – but a ban hardly changes the province’s position with respect to other provinces and actually may be counterproductive to job creation. 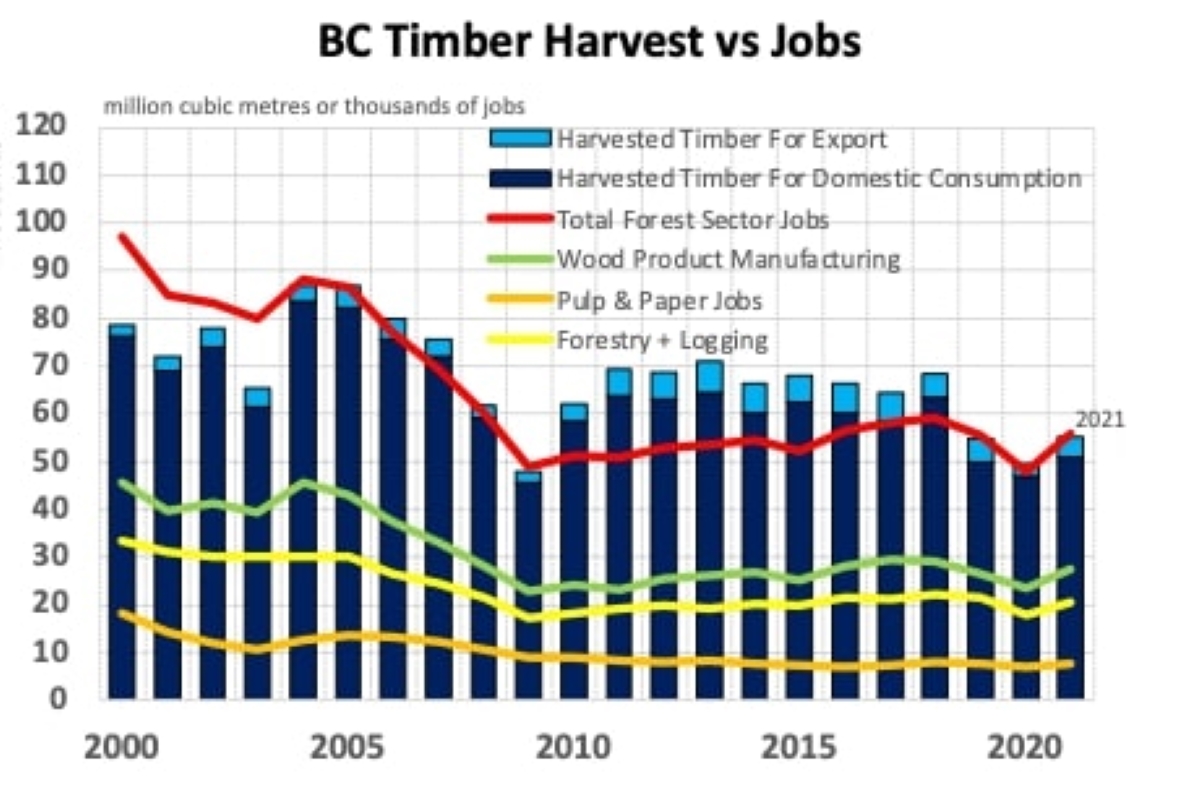 Increasing the number of jobs from harvested trees in British Columbia must overcome a number of challenges:

To be blunt, given these challenges, British Columbia’s forest sector is facing a brewing crisis. Very strong markets of the last couple of years have delayed some of the effects of these challenges, but that has changed rapidly with recent weakening markets. Increasing the number of jobs per thousand cubic metre will be necessary to offset the projected job losses over the next few years, but so far there is no apparent plan.

David Elstone (RPF) is Managing Director of the Spar Tree Group Inc. and publisher of the View From The Stump newsletter. This article was originally published by Right From the Stump.