Progress has been made, but will the country be able to bend its emissions curve downwards and capitalize on its energy potential? Monica Gattinger offers five recommendations. 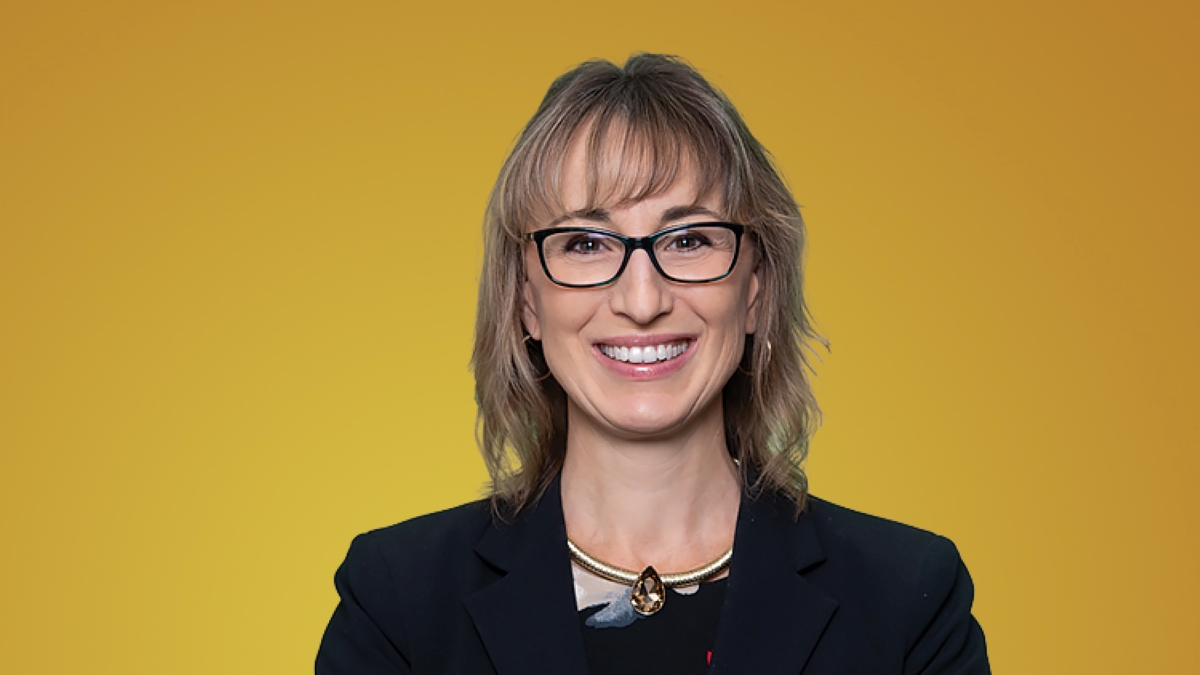 Canadians see much the same picture in Parliament as they did when they voted: a minority Liberal government with the Conservatives in official opposition, and both the Bloc and NDP holding the balance of power.

There were a few notable changes — the Liberals and NDP now each hold two seats in Alberta, the Conservatives made inroads in Atlantic Canada, and the People's Party garnered five percent of the popular vote — but overall, the political picture in Ottawa looks much the same as it did before the election call.

What will the results mean for energy and climate?

Over the last year, the Liberal government announced multiple plans: a strengthened climate plan that includes raising the carbon tax to $170 per tonne by 2030, national strategies and action plans for hydrogen and small modular reactors (a strategy is forthcoming for carbon capture, utilization and storage), net-zero by 2050 legislation, a mandate that 100 percent of new sales of light-duty vehicles be zero-emission by 2035 (50 percent by 2030), and a roadmap for climate collaboration with the U.S.

The government also boosted Canada’s climate targets: from a 30 percent reduction of 2005 levels by 2030 to a 40-45 percent reduction. Given that emissions haven’t budged since 2005, this means cutting Canada’s emissions almost in half in just over eight years. One wonders how on earth that could ever be achieved — more on this below.

Add to this some hefty new commitments in the Liberal Party platform: making the electricity sector net-zero by 2035, achieving net zero in the oil and gas sector by capping emissions and cutting them with five-year targets starting in 2025, and reducing methane emissions in the oil and gas sector 75 percent by 2030 (see Part II of this series for an analysis of party platforms).

These are, to put it mildly, really ambitious goals. And while climate modelling suggests they are likely achievable, there is an enormous gap between models’ simulated worlds of emissions and macroeconomic impacts and the real worlds of politics, federalism, reconciliation, investor confidence, energy security, oil and gas production, community support and regulation.

Canada is at a pivotal moment on energy and climate: there is far greater consensus among Canadians and industry about the need to reduce emissions, and there are myriad opportunities for Canadian energy of all types in domestic and international markets. Much energy and climate progress has been made, but will the country be able to bend its emissions curve downwards and capitalize on its energy potential? We often get stuck spinning our wheels with division and conflict.

How can Ottawa help break that cycle and make change that sticks? Five key actions are needed.

1. First and foremost, take off the implementation blinders.

Canada tends to focus on the ‘what’ of policy but has a persistent blind spot when it comes to the ‘how’ of implementing it. While climate models are a crucial tool, they have a difficult time with vital aspects of implementation.

Will communities support building all this new infrastructure? Maybe. But one thing is sure: it takes time to foster local support, and increasingly, support hinges on meaningfully engaging and building successful partnerships with Indigenous communities. This won’t happen on the rapid timelines envisaged in climate plans and models. When looking at energy and climate through this lens, 2030 looks like tomorrow. Indeed, in major project years, 2030 is tomorrow: most take up to a decade or more to plan and permit, much less build.

Major projects also hinge on investment. Will investment capital be available in sufficient quantities to finance the unprecedented technological innovation and deployment Ottawa envisages? Not likely if we don’t have an attractive investment environment.

Which brings us to the second action needed:

Canada tends to focus on technological solutions to energy and climate challenges but not the institutional innovation needed to support tech deployment and scale-up. This includes reforming policy and regulatory systems to ensure Canada has decision-making processes that secure the confidence of investors and communities. Ottawa needs to articulate a clear role for policymakers and regulators and strike a workable balance between economic, social and environmental imperatives that stands the test of time.

Unfortunately, despite recent reforms to federal energy and environmental decision-making — some would say because of them — Canada struggles on this front. Uncertainty over who decides what, when and how for major projects seems ever on the upswing. This scares off investors, puts off communities and leads to decisions about infrastructure increasingly being made by the courts. Public and investor confidence in decision systems for energy and climate is crucial. This requires focused attention to institutional innovation, something that often gets lost in exuberance about climate action.

Climate and energy exist in silos. It’s even built into the machinery of government — Ottawa has separate government departments for energy and climate. Policymakers in one ministry don’t always turn to expertise available in the other, resulting in less than effective plans. A key example here is energy security: reliable affordable energy is essential to secure ongoing public, investor and political support for emissions reductions. And yet, climate plans tend to focus on energy sources (what the energy mix should look like) and overlook energy availability/reliability and energy affordability. Integrated policy approaches on energy and climate will be pivotal to success going forward.

In line with this is the fourth action item:

4. Make collaboration the cornerstone of energy and climate plans.

Canada has one of the most divided and decentralized constitutional arrangements for energy of any western industrialized country. Successfully charting Canada’s energy and climate future requires deep collaboration between levels of government: Ottawa needs to work with the provinces. It also needs to foster collaboration with and among Indigenous and municipal governments, the private sector, local communities and researchers.

This will be essential for the new government’s commitment to net zero in the oil and gas sector. The ambition is in line with industry objectives, including individual company net-zero commitments and the Oil Sands Pathways to Net Zero initiative, and could also help foster Canadians’ confidence in private-sector efforts to reduce emissions (see Part I of this series). But Ottawa needs to move deftly on this file to avoid intractable division and conflict with oil and gas producing provinces, and contention with industry. Similar things could be said for federal efforts in the electricity sector, which also falls largely under provincial jurisdiction.

The federal government also needs to approach things in a way that opens up opportunities for oil and gas producers. This is the fifth action item:

5. Articulate a positive role for Canada’s oil and gas sector in the country’s energy and climate future. 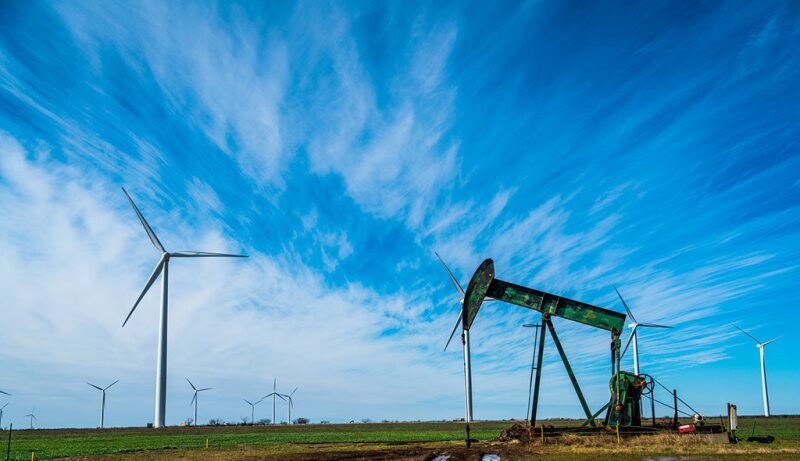 Debates over oil and gas tend to be polarized and simplistic, despite the fact that these resources will continue to be produced globally for decades to come (the International Energy Agency’s net-zero by 2050 scenario sees oil production at 24 million barrels per day in 2050 and natural gas at 1,750 billion cubic metres). Yet Canada has struggled to articulate a positive short- and long-term role for the oil and gas sector in domestic and international energy markets.

Canadians are not nearly as divided on oil and gas as commonly believed. Public opinion polling shows they see a strong role for these resources in Canada's current and future economy. People are particularly supportive when Canadian oil and gas has a lower carbon footprint than oil and gas produced elsewhere. Ottawa can help to articulate a vision of Canadian oil and gas as cost and carbon competitive, as a sector that has growing strengths in ESG (including partnerships with Indigenous communities), that is developing technologies like CCUS that can help to reduce emissions in other hard to abate sectors, and that is working to diversify into other products and energy sources like carbon fibre and hydrogen.

There is no question that Ottawa has its work cut out for it on energy and climate. Governments of all stripes have struggled to find a positive path forward. But Canada is at a hinge point on energy and climate — it may finally be possible to achieve ongoing progress on emissions reductions and capitalize on the country’s vast energy potential.

The incoming government’s actions will be a deciding factor in whether this potential can be realized. Focusing on implementation, institutional innovation, collaboration, integrated approaches and the role of oil and gas in Canada’s energy and climate future will be vital. Let’s hope the new government is listening.

Professor Monica Gattinger is Director of the Institute for Science, Society and Policy, and Chair of Positive Energy at the University of Ottawa. First published in The Daily Oil Bulletin, this article has been lightly edited.