Pressure from the international community to minimize increases in global temperature is mounting, and CO2 emissions reduction strategies are becoming valuable political capital for environmentally-conscious political parties the world over. 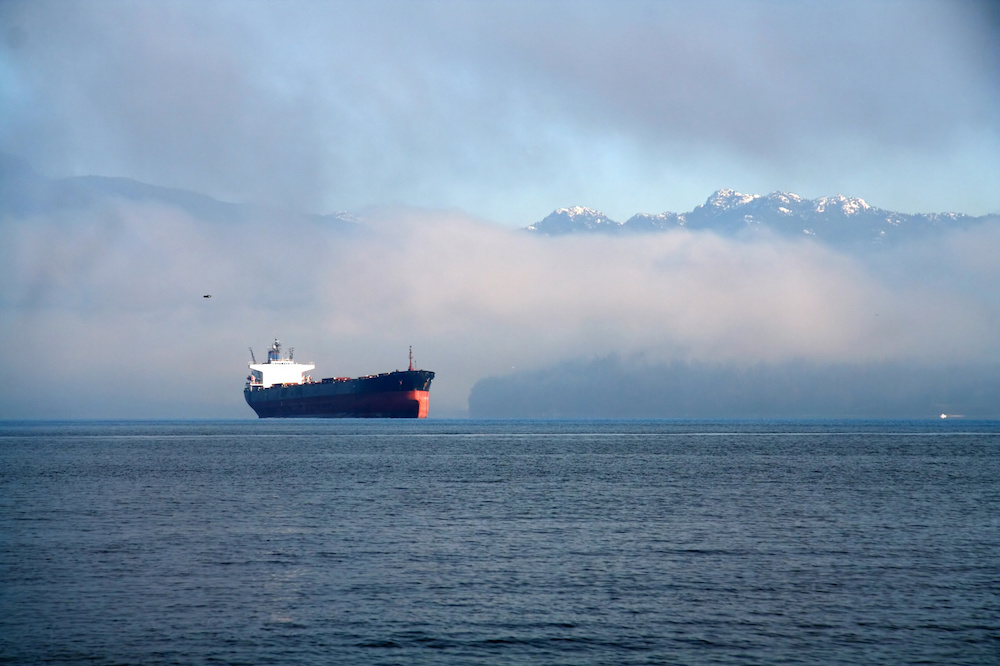 Canada’s newly-minted government is no stranger to the benefits of appealing to public worry about melting ice caps and rising ocean levels.

So will government’s plans to more stringently evaluate resource development projects really reduce emissions? Or will critics’ predictions come true? The nightmare of red tape and crippled Canadian industry would be gleefully accepted by the doubters. All the while, global CO2 emissions would climb high, thanks to the increasing energy needs of growing global markets. For the Asia-Pacific region, the Asian Development Bank forecasts that by 2035 coal will remain the biggest source of energy at 42.1%.

In British Columbia, liquefied natural gas is seeing immense levels of attention. The provincial government has been eagerly opening its doors to business, citing once-in-a-generation opportunity for literally unprecedented levels of investment in LNG extraction, processing, and transportation. First in Canada to put into law a carbon tax – with noted reductions across all sectors – BC is also championing the application of LNG as a cleaner-burning transition fuel.

The province’s insistence that the LNG produced would be the cleanest in the world has evidence to back it up. The natural gas sourced from the Montney field in the northeast of the province is known for its remarkably low CO2 content (just 1%, compared to a typical 10%) and if approved, BC LNG plants would employ the technologies currently used by the cleanest operating natural gas facilities in the world (Norway and Australia).

One goal in the race to build LNG infrastructure is to provide cleaner fuel for China’s veritable steel powerhouse – today, the Chinese are leading the world in steel production and export. Consider too that globally, 70% of steelmaking is coal-powered. In light of drastically deteriorating air quality, coal cutbacks are being pursued with haste. And as coal use lowers, better control of China’s share of global emissions may be finally gained.

However, China’s dreams of green have created a gargantuan demand for infrastructural repurposing. For a nation to both manufacture massive amounts of steel and shift swiftly away from coal-derived energy, a replacement must be found, and quickly. It’s a shame that wind-turbines, solar panels, and hydroelectricity won’t quite cut it. Fuel-free clean technologies can’t yet function as feasible alternatives, not even while China rapidly adopts them (again as a world leader in that regard).

Bill Gates’ recent calls for an “energy miracle” express the direness of the clean energy situation – the puzzles of consistent power generation, energy storage, and transportation, where a transition to electric vehicles won’t be possible for decades, remain to be solved. And they’ll remain impassable hurdles until research and development can make the required breakthroughs to render clean transition economically and logistically viable.

If BC’s right in thinking that the answer is LNG, they’re certainly not alone. Australia is on track to be a competitive LNG exporter to Asia-Pacific markets in under 10 years. So is the US. That’s another one of Canada’s natural gas clients, gone – 98% of the Canadian industry’s clients, in fact. The US hurtles towards fulfilling its own natural gas needs and demand for Canadian product dries up. No wonder BC is champing at the bit for access to Asia.

Alberta’s really no different. In the notoriously right-leaning province, the current New Democratic government elicited shock by being the first from Canada’s leftmost major party to win an Alberta election. Opposition parties immediately leapt to conclusions, painting a forbidding image of political inhospitability to energy companies – no doubt fueled by long-standing impressions of the federal NDP as oil-sands-averse. Despite these dire predictions, the oil recession has revealed just how much Premier Rachel Notley sympathizes with her province’s predicament. At the very least, she knows that a failure in this specific court of public opinion will spell certain failure in the next election.

The Alberta NDP’s surprise for federal supporters and skeptics has included a keenness to advocate for laid-off oil-patch workers and the necessary rejuvenation of the energy sector. At the last federal NDP convention, Premier Rachel Notley spoke passionately of her efforts to get oil to tidewater. But her fervency for resource development may have fallen on deaf ears.

Writer Naomi Klein and filmmaker Avi Lewis have been rallying their party’s base behind their Leap Manifesto, a soaring vision for 100% renewable energy sourcing in 20 years, rejection of all further resource projects, and a firm no to austerity – “a fossilized form of thinking”. The husband-and-wife team’s cause loudly and brashly demands a complete shutdown of carbon emitting industries, an absence of viable alternatives be damned. By voting in great earnest to consider the Manifesto, Canada’s New Democrats reflect an all-too-common disconnect with economic reality, one that may damage efforts to successfully make reductions when developing countries’ right to industrialize can’t be sacrificed.

But what about the governing centrists? An election pledge to “restore confidence” in the environmental assessment processes for energy projects under federal jurisdiction has seen some tentative movement since March. Part of that promise was the inclusion of upstream emissions – CO2 released during extraction, processing, handling, and transportation – in the assessment of projects’ overall environmental impact.

A new methodology proposal for measuring “upstream” was released by the Canadian Environmental Assessment Agency (CEAA). Now industry and its lawyers are frantically trying to decipher just how much of a barrier these criteria may present to projects already mired in considerable time and money expenditures.

The proposal is only a high level overview, addressing the definition and calculation of emissions – in line with the World Bank’s suggested measurements – and the proposed factors for evaluation of current and expected production and market demand. The latter rolls three separate and equally complex models into one: contrasting emissions predictions with and without the proposed project, comparing the emissions impacts of alternatives, and assessing the implications for Canadian and global GHG emissions both if the project were to proceed and if not.

It’s not immediately obvious if the proposed method can adequately model the multi-variable complexity of global supply and demand. The Canadian Environmental Assessment Act (CEAA 2012) sets out the standards that must be followed by either the eponymous agency or any partner tasked with conducting the necessary assessment of a natural resource development project’s environmental impact. As a result, Canadians can be proud of a regulatory mechanism internationally recognized for its robustness – and renown for its considerable costs to project proponents.

Trust and certainty in regulatory processes demands fair and balanced consideration of all relevant factors. In the case of energy projects, CO2 emissions can’t be judged in a vacuum; their context is global. A decision to reject one project for upstream emissions deemed excessive should not be made without consideration of how that market demand would be otherwise met and what upstream emissions would result. Doing the converse flies in the face of vows to participate in an international process – enshrined at COPE in Paris this past year – with due attention to global impacts.

That’s the kicker – a responsible approach to saying no to fossil fuels (assuming for the sake of argument that it could be possible) in one place, can’t forget the actions of other players in other places. If accurate, or at the very least reliable, estimates of others’ actions in the future can’t be ensured, the whole point of using the calculation of anticipated upstream emissions in a weighed assessment of a project’s environmental impacts, or as cause to take action against the approval of a project, is moot.

Here is the root of the issue: the vision for a world where we don’t breach the cap for a temperature increase past 2 degrees Celsius can’t be fulfilled if national decision-makers capitulate to wide-eyed ideologues intent on disrupting resource development in the countries where extraction, refinement, and distribution are done most responsibly. Meanwhile, countries with the least thorough emissions policing won’t have any complaints when the opportunity arises for them to drill for global consumption.

Careful measurement of potential emissions can serve some vital purposes, even if its utility as an aid to major decisions isn’t yet proven. When properly deployed as a research tool, upstream emissions monitoring can track the efficacy of emissions reductions practices, such as in preventing methane loss in extraction or reducing CO2 emissions during refinement. Areas for improvement may be identified and overall trends in upstream GHG analyzed. Together with a healthy working relationship between government and industry, efforts to innovate, improve efficiency at every step of the fuel life cycle, and develop cleaner technologies can only benefit from the recording of upstream emissions.

But Saskatchewan Premier, Brad Wall, said it best: “Upstream greenhouse gas’ requirements shouldn’t uniquely apply to pipelines when they don’t apply to other industries like other goods transported on rail, or the auto sector.” A pinpointed focus on one sector won’t work. Neither will considering emissions in a bubble.