Six charts showing how BC depends on natural resources

The sector remains a critical part of the British Columbian economy, as confirmed in the latest review published by the provincial government

The stats, which are published each year, show that the BC resource sector accounts for about one out of every 13 dollars of BC’s GDP and is rapidly becoming bigger, growing two-and-a-half times faster in 2013 than the BC economy overall.

Natural resources are one of BC’s biggest economic sectors 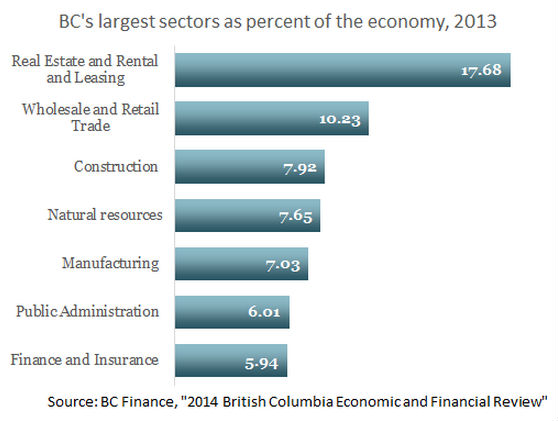 The natural resource sector (which includes mining, energy, forestry and agriculture) is one of BC’s most important sectors, sitting at about the same size as the construction and manufacturing sectors. 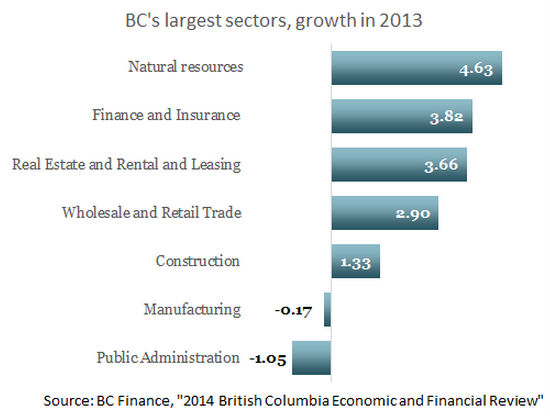 And of these big sectors, the resource sector is the fastest growing. It expanded by 4.6 percent in 2013, compared to BC’s overall economic growth of 1.8 percent.

Resources are one of BC’s most important revenue generators 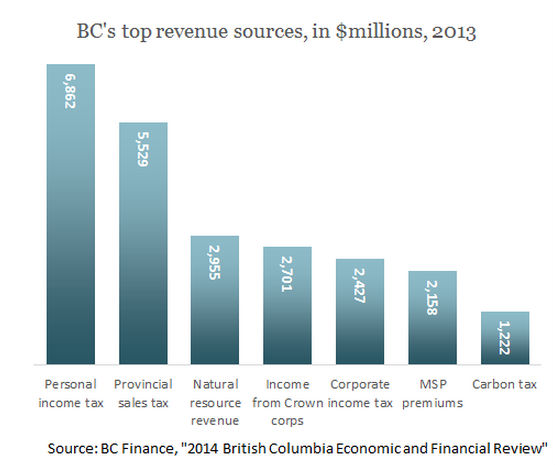 The resource sector brings in substantial sums of money to pay for public services. And this only accounts for resource-specific revenues, such as royalties and licences, not other forms of revenues such as corporate and personal income taxes generated through resources.

For every dollar the government collects from personal income taxes, it collects 43 cents in resource royalties. The BC government depends more on resource revenue than on Crown corporations, corporate taxes, MSP premiums, or the carbon tax.

The resource sector is one of BC’s top investors 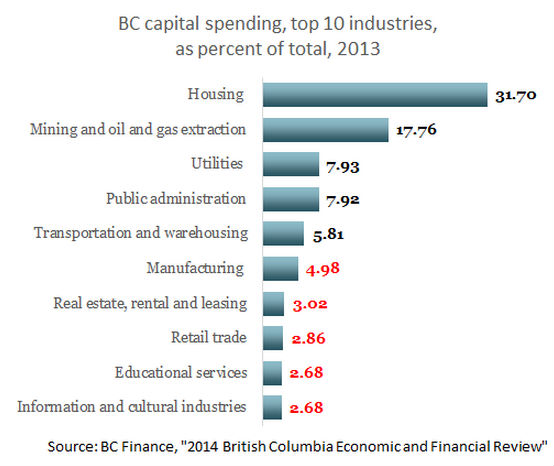 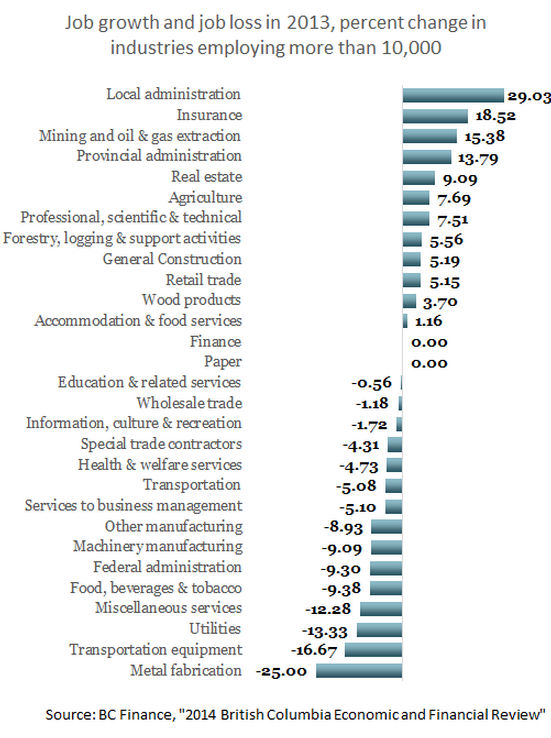 BC actually suffered negative employment growth in 2013, according to these figures, losing about 5,000 jobs. That’s a contraction of 0.2 percent. In contrast, employment in the mining and oil and gas industries grew a robust 15.4 percent, faster than any other major category except for local administration and insurance. 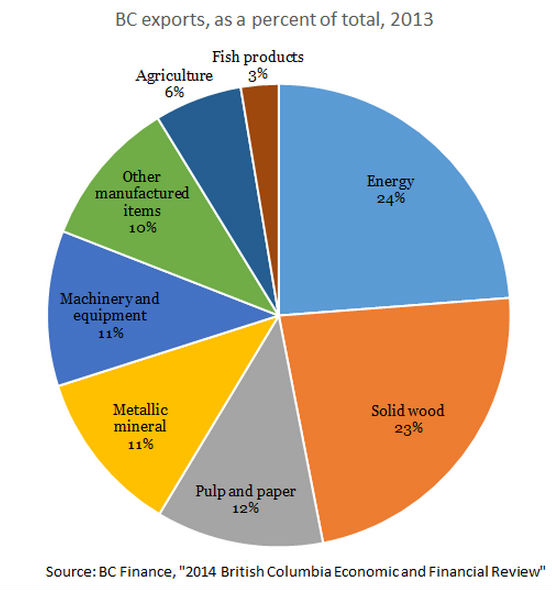 Almost four out of every five dollars in BC exports come from the resource sector, with a diversified split between energy products, wood products, pulp and paper and metals. BC exported nearly as much to Asia as it did to the US in 2013.