This opinion article from our Stewart Muir was published by The Globe & Mail on Sept. 16, 2020. 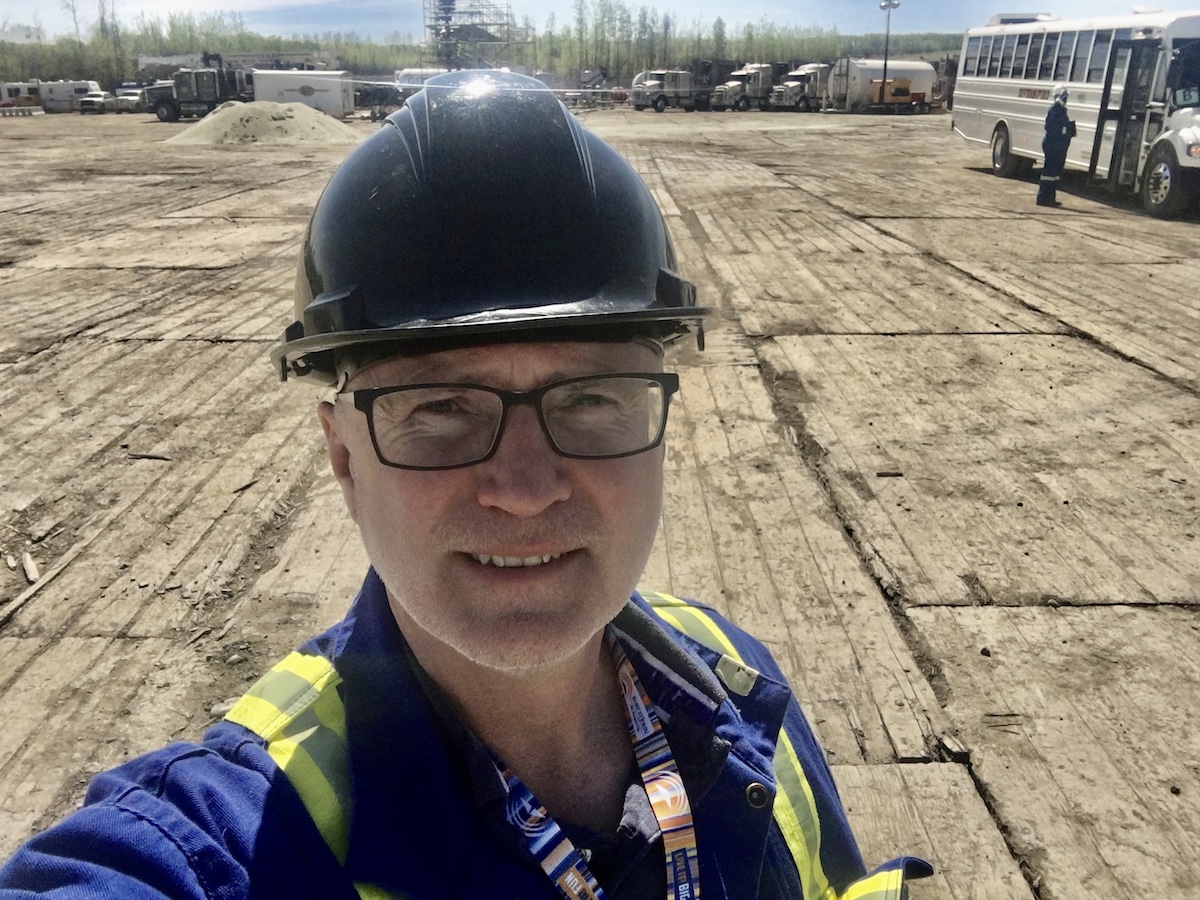 Stewart Muir (pictured) is executive director of Resource Works based in Vancouver and convened the recent Task Force For Real Jobs, Real Recovery. This article can also be read at this link by Globe & Mail subscribers.

Back in May, when the federal government published its guidance on which sectors would be deemed “critical infrastructure” during the COVID-19 pandemic, energy and utilities topped its list of 10 vital functions.

This acknowledgment made perfect sense. Without refineries, pipelines, terminals, road and rail transport, control rooms and centres, drilling, extraction, onshore and offshore production, processing, gas stations, truck stops and chemical manufacturing – to name just some of the activities singled out as essential – life as we live it today would simply not be possible.

It wouldn’t have just been Canadians’ daily lives that would be disrupted; energy and utilities are how Canada makes a living. Oil and natural gas exports make up one-fifth of the value of Canada’s exports, letting us acquire things we prefer not to do without and would have difficulty making ourselves. And since 162 billion of Canada’s 168 billion barrels of oil reserves are in the Alberta oil sands deposits, the federal government might as well have declared the oil sands themselves to be essential.

So it is confusing to hear, from some corners, that the demise of the oil sands is looming. Indeed, politicians such as former Green Party leader Elizabeth May and Bloc Québécois Leader Yves-François Blanchet went so far as to declare oil wasn’t just dying, but was already dead.

That’s quite a broad spectrum of perceptions. So are the oil sands essential, or dead?

In truth, the oil sands are into the midpoint of its thriving story, certainly not its end. And in some cases, we’re on the brink of something new: Within 30 months, the Trans Mountain Pipeline Expansion to the West Coast will be complete, allowing the steady and sizable export by sea of oil sands crude for the first time in Canadian history.

Oil still supplies a significant percentage of the world’s energy needs – 32 per cent, according to updated International Energy Agency statistics published last month. Global oil demand is projected to rebound in 2021 and Asia will account for 77 per cent of oil demand growth through 2025.

Of course, the particular challenges of the oil sands have never been a secret or a mystery. But we don’t often also talk about the advantages of this geological gift.

In contrast to the vast shale fields in the United States, which require constant new investment and drilling activity to replace declining wells, the oil sands are more like farming operations. This has allowed operators to make adaptability a part of their mantra: “How do we optimize and improve our operations?”

And those efforts are working. Overall emissions intensity in Canada’s oil sands has decreased by 29 per cent since 2000, and is expected to drop another 23 per cent by 2030. The is the right track to be on.

With the rise of environmental, societal, and governance (ESG) factors as screening qualifications for investors, the oil sands are looking like a good bet. Among the world’s top nations for oil reserves, Canada boasts the highest ESG score, an aggregation that measures such data. This isn’t just a sign of the industry’s commitment to do better; it reflects the improvements in the technology associated with oil production, which offers the opportunity to grow Canada’s clean-technology industry from our energy sector.

Recently, the Task Force For Real Jobs, Real Recovery found that oil and natural gas will help Canada recover from the pandemic. Reliable nuclear and hydro power were also determined to be needed, along with other renewables, carbon capture and storage, hydrogen, wood products, more efficient electricity transmission, and the development of minerals and metals needed for coming energy transformations.

It’s not an either-or discussion between traditional fuels and renewables. They’re so intertwined that we can’t realistically expect to have one without the other.

The climate challenge is monumental. Action is essential. Fortunately, energy-diverse Canada has a large role to play – and most signs indicate that the oil sands can and will be a part of that.

Also by Stewart Muir in The Globe & Mail: Look to Venezuela for why Alberta’s Canadian energy ‘war room’ is needed 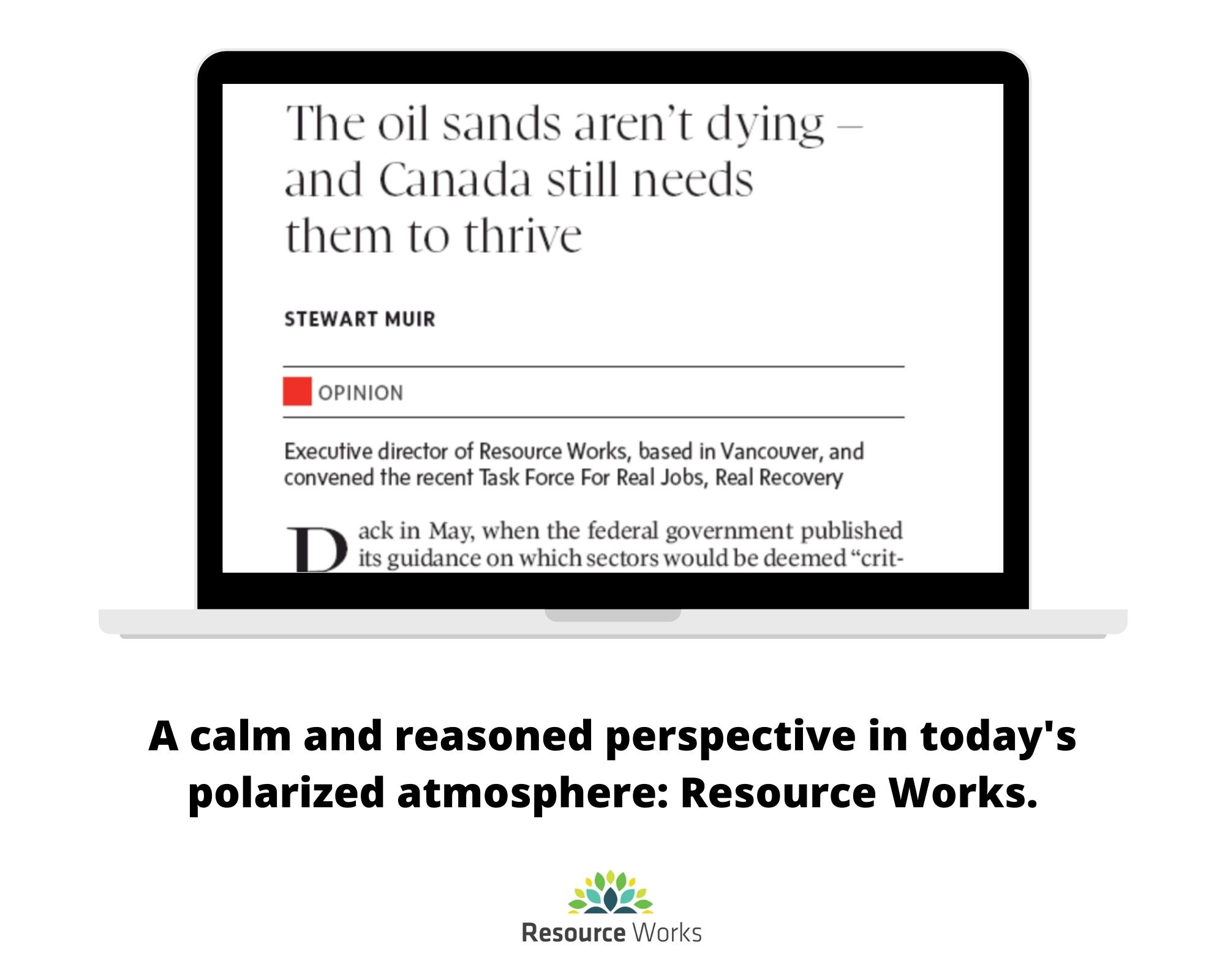