The Pacheedaht First Nation is a powerful success story, not an inconvenient fact for Fairy Creek protestors, writes Josiah Haynes. 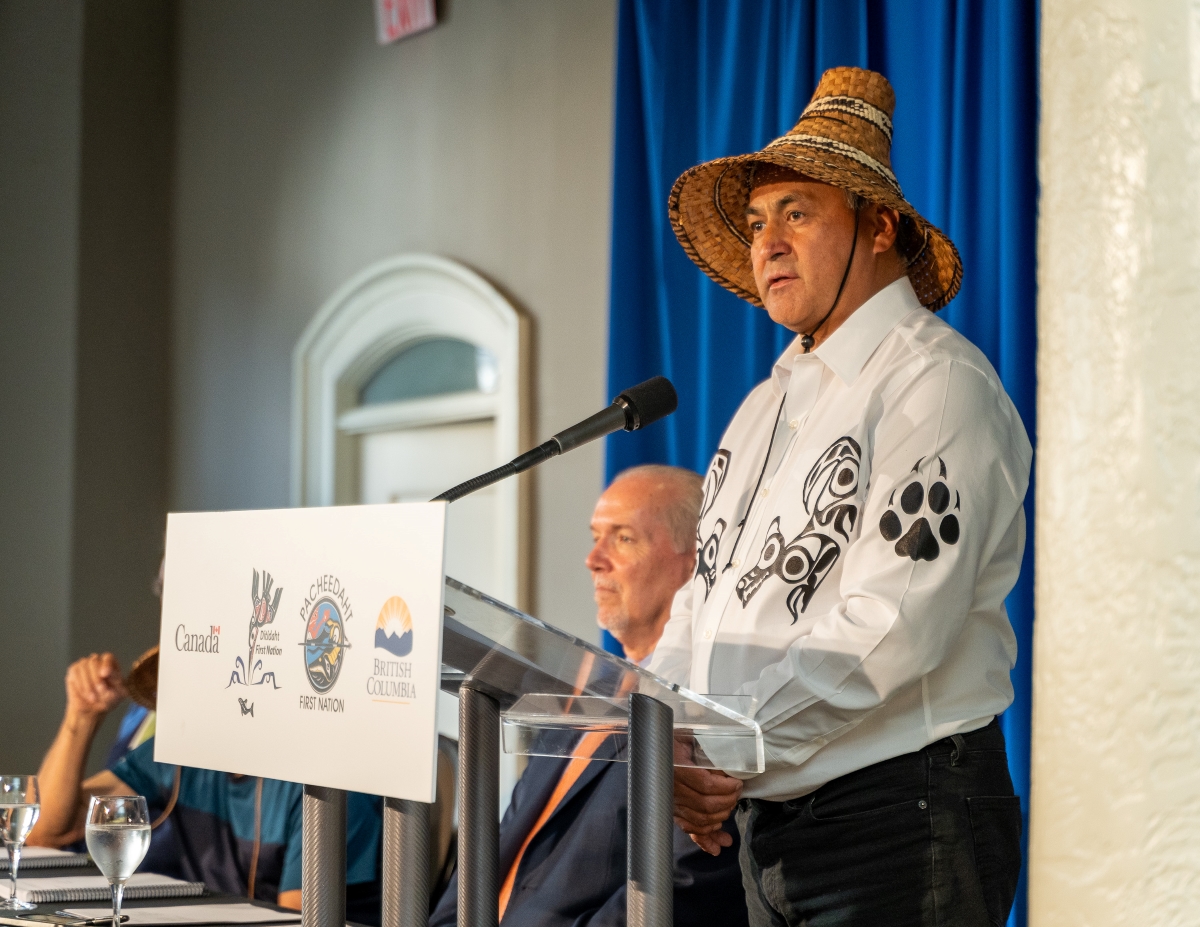 The Pacheedaht First Nation became a household name in British Columbia and nationally when protests at Fairy Creek broke headlines in 2021.

Blockaders from Victoria and beyond descended on the Pacheedaht's traditional territory on Vancouver Island where the Surrey-based Teal-Jones company received the licence to harvest less than one-third of the mature forests within the geographical area of about twelve square kilometres.

Protestors declared their solidarity with the Nation against the company. “We want to save the old-growth, we’re here also for Indigenous land sovereignty. We are on unceded territory,” one demonstrator told CHEK News.

But an inconvenient fact remained: the Nation's partnership with the company and the forestry industry.

In fact, the Pacheedaht manage or co-manage a forest area with 140,000 cubic metres of annual cut, operate a sawmill and a log-sorting facility with more forestry projects in the works.

The Pacheedaht's success story has been a long time in the making. In 2010, the Pacheedaht were awarded Woodlot Licence 1957—forestry rights to an annual cut of 1,500 cubic metres near the community. The same year, Pacheedaht and Andersen Timber entered into a fifty-fifty partnership to purchase a 20,240-hectare portion of Tree Farm Licence (TFL) 25 in Jordan River, on traditional Pacheedaht territory. The Pacheedaht and Andersen Timber formed one company to own the TFL tenure, now called TFL 61, and another to manage it, providing an important stream of income and opportunity to the Nation.

Eight years later, in 2018, the Pacheedaht First Nation, the Cowichan Lake Community Forest Co-op, BC Timber Sales, and the Province of BC reached a new community forest agreement for the Qala:yit Community Forest. The deal included an allowable annual cut of 31,498 cubic metres in about 8,000 hectares of Crown land.

“In partnership with the Cowichan Lake Community Forest Co-operative, BC Timber Sales and the Province, we are achieving our goal of greater resource management in our traditional territory,” said Chief Jeff Jones of the Pacheedaht First Nation.

Now, the Pacheedaht own and operate two forestry facilities, with a third on the way. They include a log-sorting facility in TFL 61 and a sawmill in Port Renfrew, with plans to build a chipping facility in the community.

Beyond its forestry operations and partnerships, the Pacheedaht and BC signed a Forest Consultation and Revenue Sharing Agreement in 2017. Under the agreement, the First Nation receives a percentage of stumpage revenues from all timber cut by tenure holders on its traditional lands. 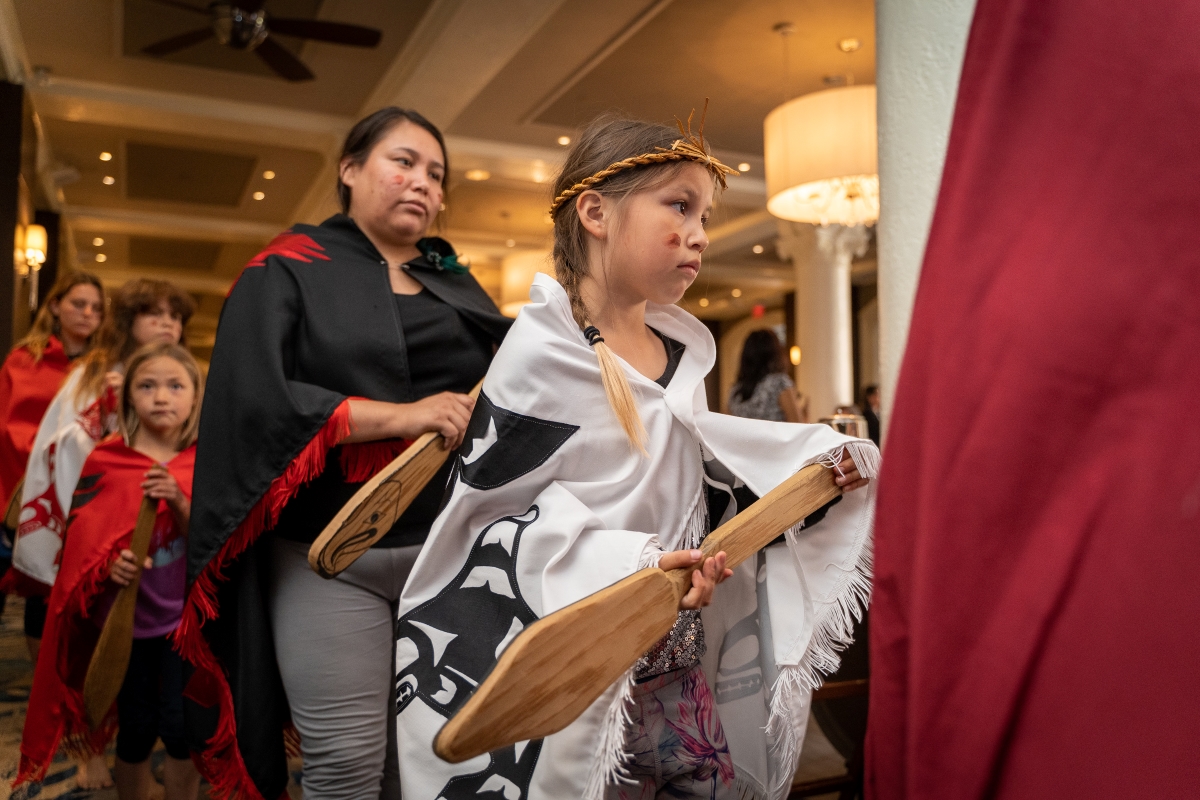 Ceremony during Ditidaht and Pacheedaht First Nations signing of an Agreement in Principle with Canada and British Columbia on June 28, 2019. Photo from the BC Government.

For some time, the Nation has been in talks with the governments of BC and Canada on treaty negotiations. In 2019, the parties reached an Agreement in Principle, completing the fourth stage of negotiations. Among other changes, the agreement in principle gives the First Nation "exclusive authority to determine, collect and administer any fees, rents or other charges, except taxes, relating to the harvesting of Forest Resources on . . . Pacheedaht Lands". It also includes plans for collaborative wildfire suppression and cost-sharing arrangements in addition to forestry studies, among other benefits, including greater Pacheedaht control over traditional lands and more opportunities for social and economic development.

Chief Jones said: “Pacheedaht for a long time has been shut out from the financial benefits that the resources extracted from our Traditional Territory have bestowed upon corporations and the government of BC. . . . We are pleased with the steps BC has taken to partially address this and with our progress to date to acquire forest tenure rights within our territory. All will lead to the self-reliance and well-being of our people once again."

But when it comes to forestry, the significance of Indigenous economic empowerment seems lost on the protesters, who persist in defying the Nation's requests to be left alone.

On April 12, 2021, the Nation issued a firmly worded statement that it does not welcome or support "unsolicited involvement or interference by others in our Territory, including third-party activism." Both Hereditary Chief Frank Queesto Jones and Chief Councillor Jeff Jones signed the statement. 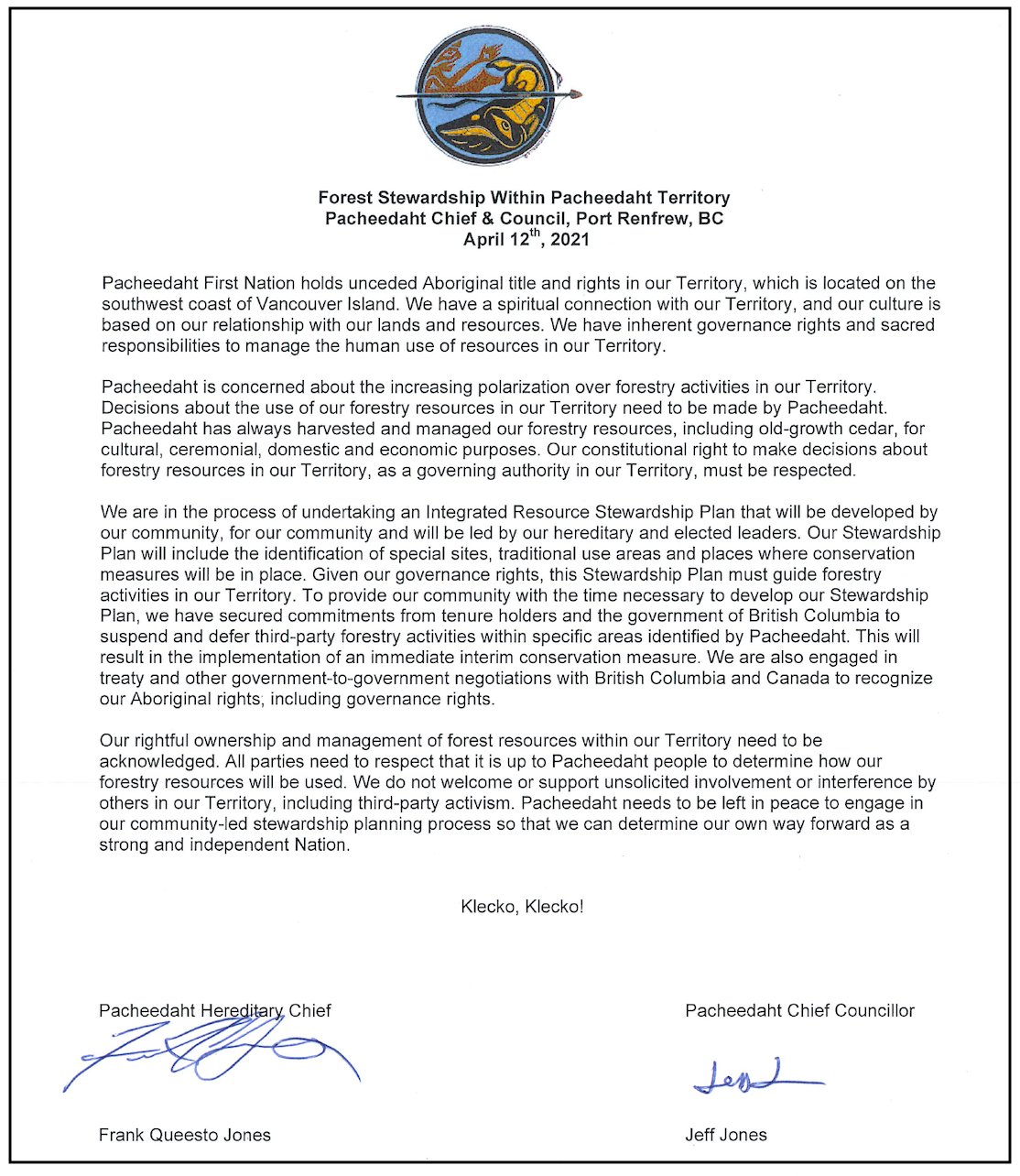 As protesters mobilize to return to Fairy Creek this summer, Teal Jones told one BC judge that $20 million in wood products are at risk, the profits of which were to be shared with the Pachedaaht First Nation.

Meanwhile, the average child poverty rate among the 42 BC reserves with data available remains as high as 40%. That number should underline the importance of Indigenous success like the Pacheedaht, who have overcome tremendous challenges to secure economic opportunities for their people.

The Pacheedaht First Nation is an example of how to combine reconciliation with local development. Theirs is a success story highlighting the opportunity to harmonize reconciliation and development, not an inconvenient fact for those who wish to tear down BC's forest economy.

Josiah Haynes is passionate about the power of resources to reduce poverty and contribute to economic reconciliation. He works as communications manager for Resource Works and the Indigenous Partnerships Success Showcase.