Resources still the place to be in BC for good wages

Sector still leads the province in delivering high wages to workers, according to recent data from BC Stats 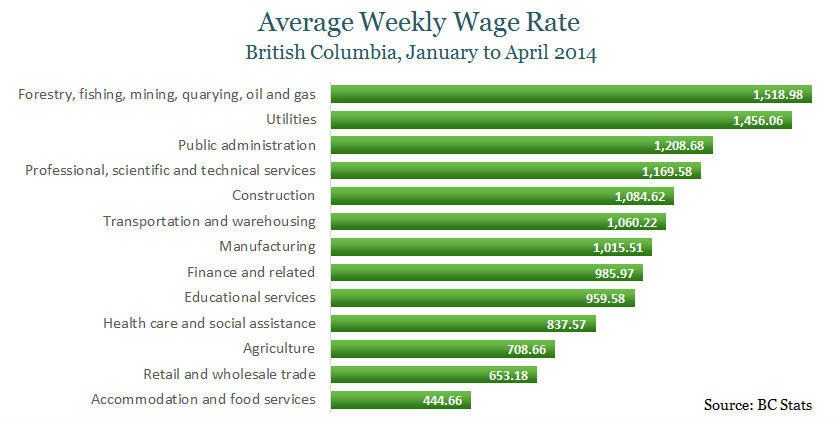 Resource-related industries are paying their workers an average of $1,519 per week so far in 2014. That’s more than 70 percent greater than than the average weekly wage in BC - $634 more than the BC average of $884.

It's worth keeping mind that the resource sector supports jobs in a much broader range of industries in BC than suggested in these numbers. The resource sector employs accountants, engineers, geologists, construction workers, and more. For more on the resource sector's impact on the broader BC economy, see our recent study High Impact by economist Philip Cross.

Peter Severinson is the Director of Research of Resource Works.