By balancing environmental and social values, BC can improve residents' quality of life, attract investment and pursue reconciliation opportunities. 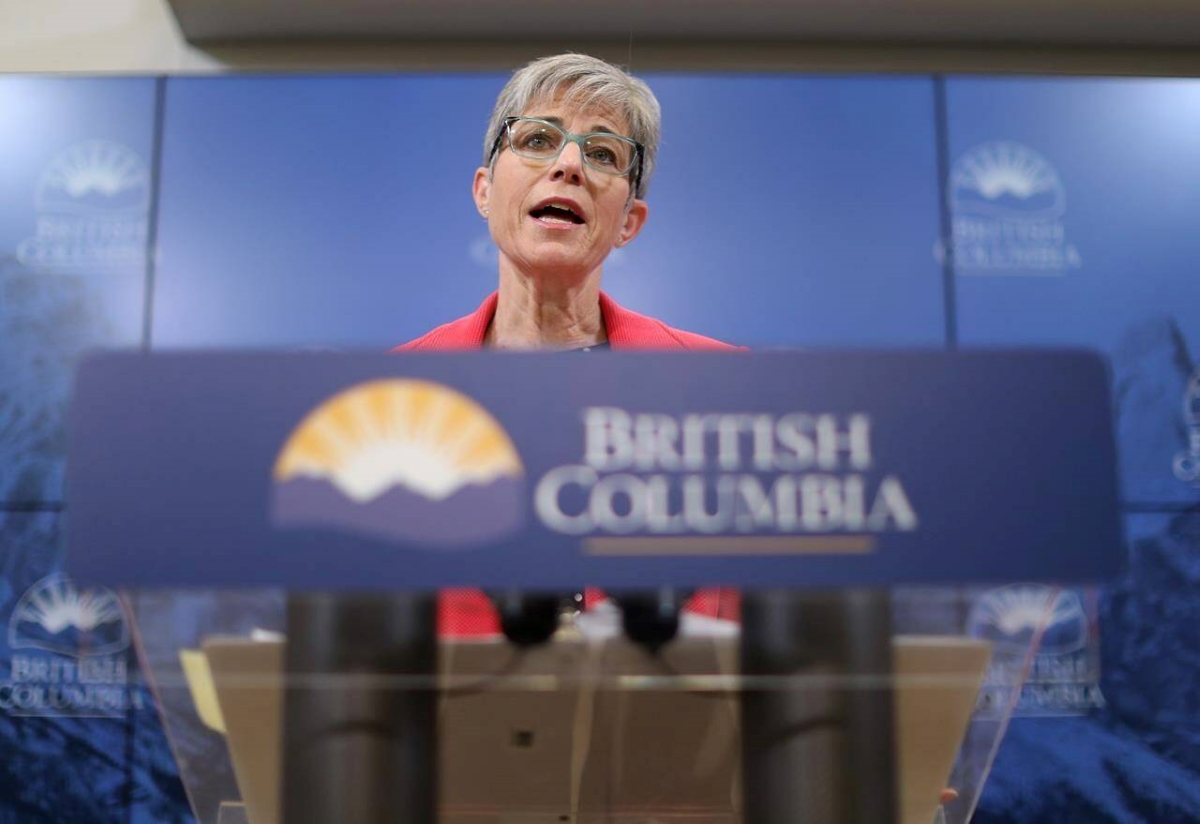 Selina Robinson, BC Minister of Finance. Photo from Chad Hipolito, Canada Press. The following is an edited copy of Resource Works' submission to the BC government's Select Standing Committee on Finance and Government Services regarding suggestions for budget 2023.

As the world works to reduce carbon emissions while building a strong economy, BC’s resource industries are ESG (environmental, social, governance) leaders. Under the leadership of BC governments, industry has eagerly adapted to a changing business world defined by environmental and social responsibility. Far from standing in the way of a low-carbon future, these industries can help BC become part of the global solution to our shared challenges while improving economic conditions for British Columbians.

The BC government has taken significant steps to strengthen climate policies, balancing environmental and economic values. Yet with concerning developments in the national and global economy, we believe now is the best time to take additional measures to ensure BC's regulatory environment complements the province's tremendous natural resource potential, a key pillar of BC's prosperity.

The BC government should consider ways to champion BC as a place to invest while simultaneously working with provincial, federal and international counterparts to increase the harmonization of environmental policies. Success in this effort would enable British Columbians to maintain their enviable quality of life and pursue further reconciliation opportunities while reducing provincial emissions and emissions in other jurisdictions.

Energy security and BC natural gas

If the last year has revealed anything, it has shown the need for reliable, affordable and low-carbon energy. Globally, the demand for energy is only growing. Unfortunately, significant shares of the global energy mix comes from traditional biomass (wood and dung) or coal, which are far more polluting and harmful to human health than hydrocarbons like natural gas, which the European Union recently classified as green energy. 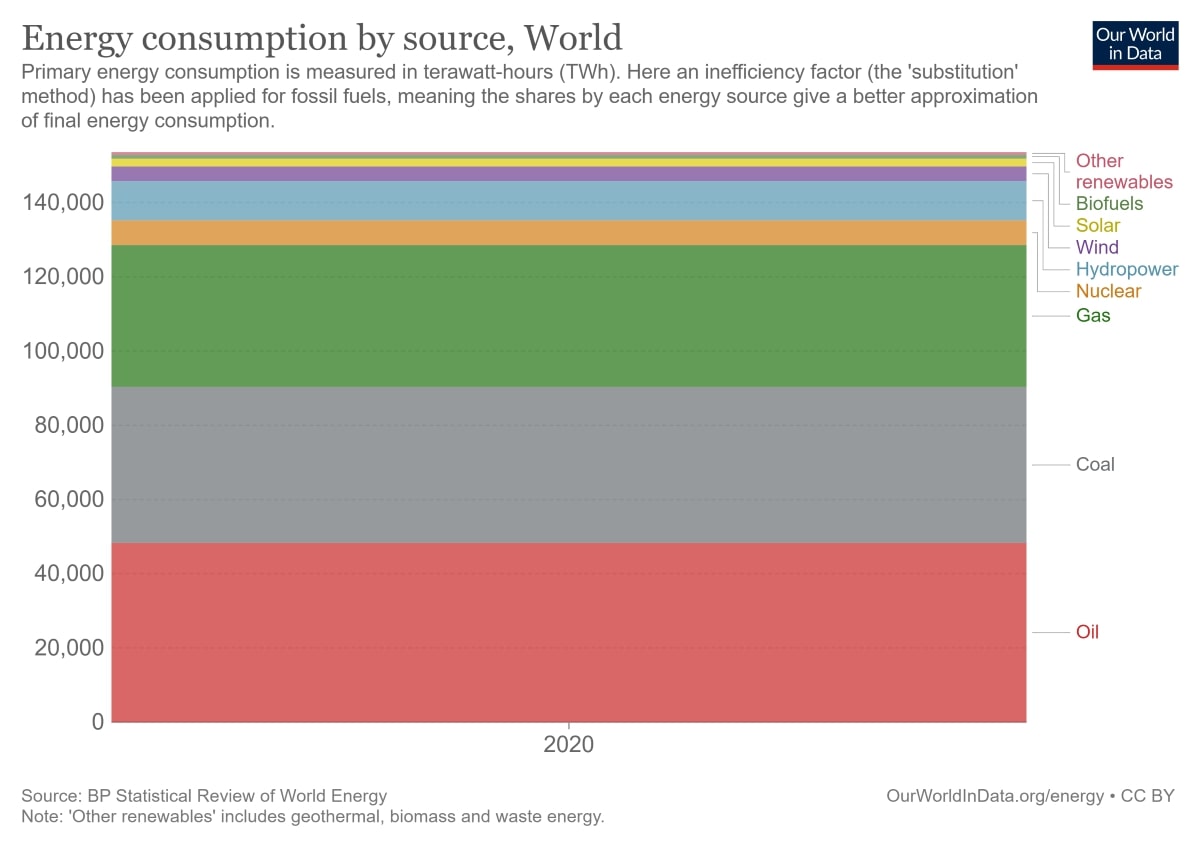 While the use of hydrocarbons in BC and Canada is set to decline through the energy transformation in the coming decades, a Canada Energy Regulator study found that even if Canada’s domestic use of natural gas declines, production would continue apace, driven by exports to countries like India and China, eager to transition to cleaner energy sources like natural gas. Under current policies, natural gas production (much of which is located in BC) is expected to continue to grow until 2050, climbing 43% from 15.5 Bcf/d to 22.2 Bcf/d.

Natural gas and LNG have a large role in decarbonizing the international energy mix. They can bolster economic opportunities not only for the developing world but also for British Columbians and the Indigenous communities at the forefront of emerging LNG projects. The BC government should continue to champion the world-class, low-emissions solutions to the energy crisis being developed in the province while making the hydrocarbon industry a more competitive place to do business.

Electrification and BC mining

A similar opportunity – and challenge – exists for BC’s mining industry as the world strives for widespread electrification. The 2019 BC Mining Jobs Task Force identified ways in which BC can improve its system for carbon pricing, reducing emissions while protecting the province's low-carbon supporting industries from international competitors with lower standards. Similarly, the Business Council of BC encourages BC to provide support to its traded industries—that is, industries that are export-oriented or compete with non-taxed imports, like mining. Here's a table that helps put things in perspective (note that BC's carbon tax is now $50/tonne). 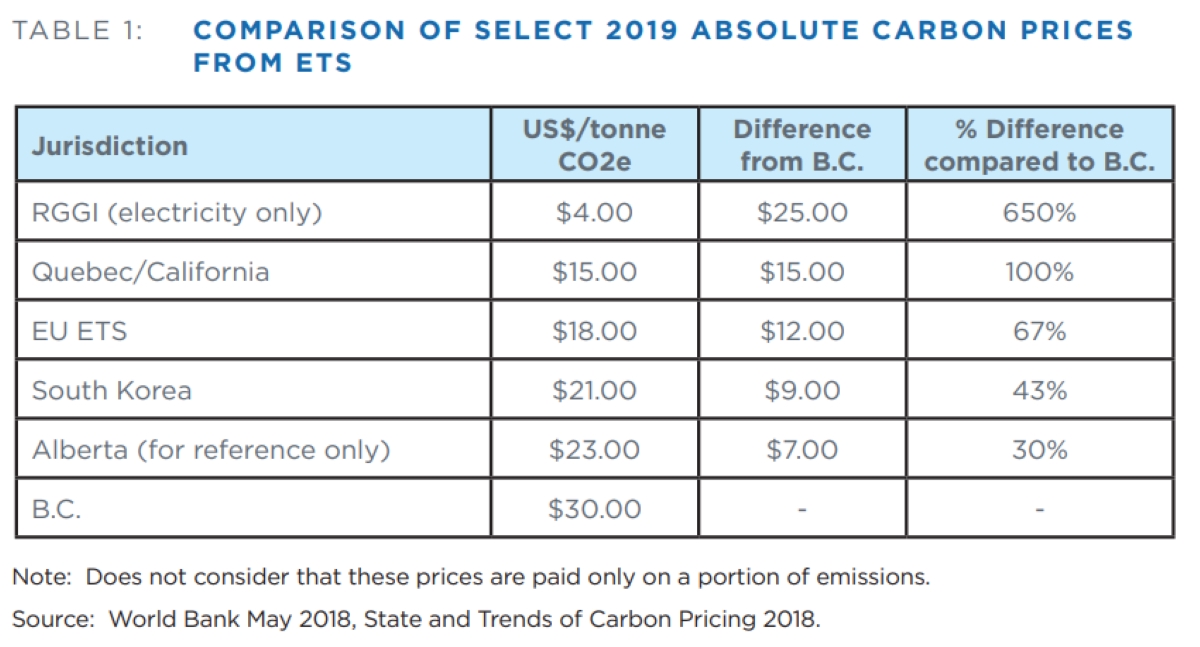 BC should work with other jurisdictions on cross-border carbon reduction strategies to ensure BC’s trade-exposed industries like mining can compete with less responsible jurisdictions that lack a system of carbon pricing. BC can grow as a place of mining innovation and opportunity, a goal shared by the current government, but it must address existing roadblocks to progress.

With exciting developments like the recent Declaration on the Rights of Indigenous Persons Act (DRIPA) negotiated agreement with the Tahltan Central Government, BC is increasingly a global ESG leader. BC has a bright future, providing the world with the minerals and metals needed to drive an electric, low-carbon future.

Conservation and BC forestry

BC's famously sustainable forestry industry is an example of how smart policy can balance environmental and economic values. Yet the industry faces growing challenges including declining investment in addition to the long-standing unresolved softwood lumber dispute with the US. One way the BC government can support forestry communities is by ensuring that it recommits to a balance sometimes threatened in the debate surrounding mature forests.

British Columbians value mature forests and conservation, which is why the province has protected many of these forests through old growth management areas (OGMAs) and parkland. In fact, Resource Works' research shows an incredible amount of conservation impacting old growth forests.

The green circle below represents all of the parkland in British Columbia, including various other types of protected areas like conservation corridors, ecological reserves, protected areas, and recreation areas. All told we have 16,784,548 hectares of such areas in BC. The red circle represents the total area included in BC's over 37,000 OGMAs. 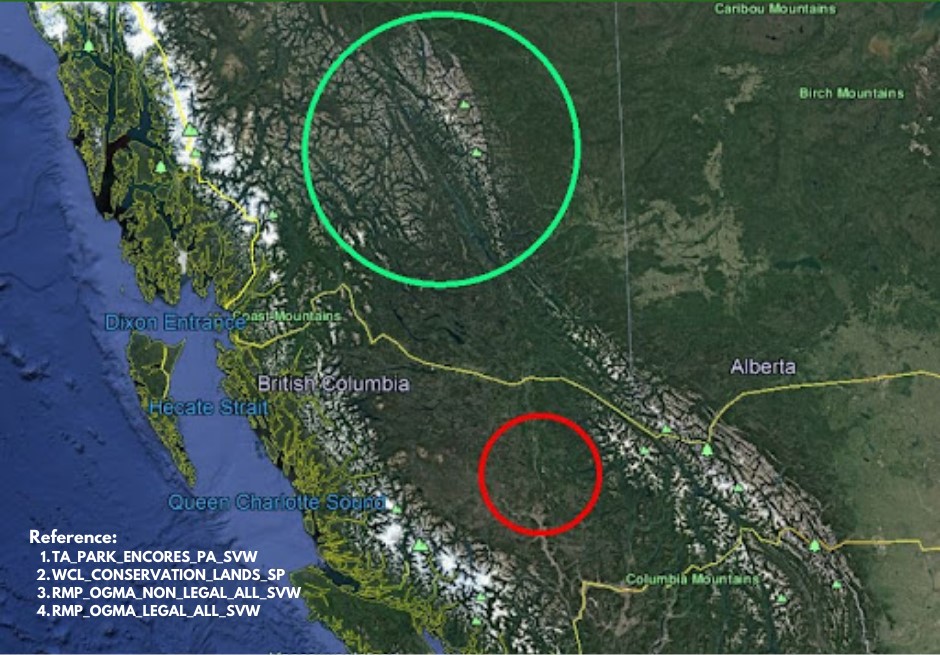 As Forsite's Status of BC's Old Forests wrote, "using best available data, BC’s 55.4 million ha of Crown forested land contains 11.4 million ha of old forest (21%). . . Approximately 75% (8.5 million ha) of BC’s old forest is considered protected or not within the Timber Harvesting Land Base, with this proportion being significantly higher on the coast (88%) versus the interior (66-76%). This is due to the coast region’s significant areas of parks/protected areas, steep/inaccessible terrain, and the protections found under the Great Bear Rainforest Land Use Order." Further, "approximately 3.34 million ha of old forest is growing on sites where the expected site index is greater than 20m (29.3% of all old forest in the province)," the report continued, indicating that BC's old growth forests are plentiful, healthy and adequately protected.

Considering the status of BC's mature forests, we ask that the provincial government reconsider its recently added old growth deferrals, which the industry says threaten nearly 20,000 jobs. We ask the government to truly consult impacted stakeholders, consider the information available and listen to the concerns of impacted First Nations. With BC forestry companies investing nearly $6,000,000,000 in the US instead of our province in 2021, we believe BC must adjust its course and return to the historic balance of environmental and economic responsibility long championed by both of the province's major political parties.

Healthy communities and BC aquaculture

Tragically for the many communities and families impacted, BC's aquaculture sector is being eroded by the federal government's misguided imposed fish-farm closures. By withholding fish-farm licenses, the federal Department of Fisheries and Oceans (DFO) threatens thousands of jobs. According to BC Salmon Farmers, "BC would lose more than 4,700 jobs, $1.2 billion in economic activity annually, and $427 million in GDP if these licences aren’t renewed."

BC should work with its federal counterparts in the DFO to preserve BC’s remaining aquaculture and fish-farm industry by protecting it from excessive federal restrictions and closures, which are neither recommended by the DFO’s own scientists, supported by many impacted First Nations nor present in competing jurisdictions. The provincial government should continue and strengthen its advocacy on behalf of BC's fishing communities, building on the welcomed advocacy of MLA Babchuck and the Premier.

BC’s government has made tremendous progress toward reconciliation with Indigenous communities through the historic adoption of the DRIPA. Industry is following the lead with historic and innovative partnerships being announced, such as those between TC Energy and the communities along the Coastal GasLink Pipeline in the form of an agreement on equity options.

We believe that an emerging “gold standard” of economic reconciliation must include Indigenous equity ownership and revenue sharing in major projects in BC. We encourage the BC government to continue working with Indigenous communities and industry leaders to encourage such partnerships.

One proposal worth the consideration of the provincial government was presented by the former head of the provincial civil service, Dr. Don Wright, at the 2022 Indigenous Partnerships Success Showcase. He proposes that up to half of the revenue of resource projects be shared with the First Nations upon which the project is located, subject to certain conditions, and invested in a sovereign wealth fund accessible to the relevant First Nations.

At a time when BC’s resource industries are being redefined by new and exciting partnerships with Indigenous communities, we believe that BC can lead the world by putting the “I” in ESG. Dr. Wright’s proposal may be especially relevant to the natural gas industry as a modification of the new royalty framework as it works with Blueberry River First Nations on a path forward.

BC has been successful at balancing environmental, social and economic considerations in the past and we are confident that it can continue to do so under the leadership of the provincial government. These values are not contradictory. Rather, by leading the world in responsible ESG regulations while protecting its responsible industries from lagging competitors, BC can serve as a model for other jurisdictions to follow.

Josiah Haynes is Resource Work's content director, the proud grandson of BC forestry workers and a passionate advocate for economic empowerment through responsible resource development.